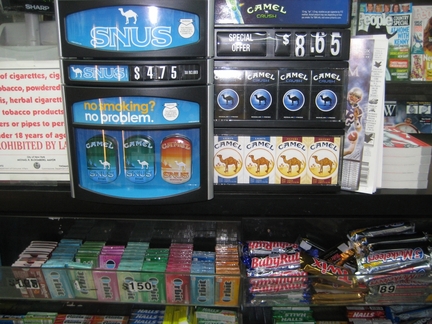 Her motion would change the way moist snuff and other smokeless tobacco products are taxed from a valuation based on volume to one based on weight. The measure not only provides a big tax break for companies like Altria/Phillip Morris USA and R.J. Reynolds Tobacco, it aids Big Tobacco in their latest outreach effort to kids.

Why would Darling and her co-conspiritor Senator Luther Olsen (R-Ripon) -- who both face recall campaigns this summer -- take such a gamble? The answer is unclear, but in November 2010, the River Hills Republican received a $1,000 contribution from Altria Group/Phillip Morris PAC. Olsen received his own $1,000 contribution from Altria Group/Phillip Morris PAC a month earlier.

Moist snuff, also known as snus (sounds like "snoose"), comes in small pouches that are wedged in the upper lip or between the cheek and gums. Because of its low salt content, snus doesn't create the need to spit saliva out of one's mouth, so it would be nearly impossible to tell if a high schooler were chewing snus or Bazooka Joe bubble gum. In fact, many snus flavors, such as "original" "frost" and "spice," are designed to recall chewing gum flavors, and package instructions: "pop, tingle and enjoy," mimic PR campaigns for candy and soda.

Marlboro and Camel snus containers come in different fruit flavors and bright candy-colored packaging, that might be tempting to youth drawn in by the product's artificially low prices. Hooking kids on groovy, "refreshing" nicotine products at a young age is one of Big Tobacco's key strategies for cultivating a dedicated user base.

According to Maureen Busalacchi, Executive Director of Health First Wisconsin, the tobacco industry has "clearly manipulated snus products to make them more appealing to kids," by using sweet cherry and grape flavors that "don't necessarily appeal to your average, 30-year-old chew user." Busalacchi pointed out that, just like cigarettes, snus "contains carcinogens, and causes cancer."

Advertising for snus, often displayed in trendy display cases near the candy section of most convenience stores, also focuses on the supposed health advantages of switching to a smoke-free tobacco product. While health experts have suggested that using smokeless tobacco is perhaps a better alternative to cigarettes, they are quick to caution that these products cause serious health problems like oral cancer, pancreatic cancer and gum disease. 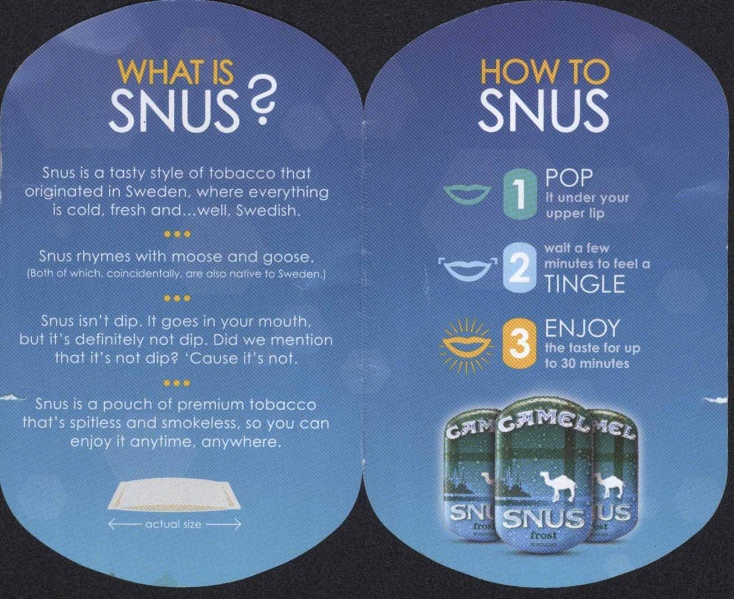 The new system would have given tobacco giants like Altria Group/Phillip Morris USA a competitive edge over smaller tobacco companies, as they possess better technology to manipulate their products' weight, thus minimizing the applicable tax and making Snus and Skoal Pouches more affordable -- and appealing. According to a 2009 survey by the National Institute of Drug Abuse, smokeless tobacco use among middle and high school kids has trended mostly upward in recent years, despite an all-time low teen smoking rate.

Altria Group has aggressively pursued the implementation of a weight-based tax in various states. Under the new system, cheaper tobacco brands would see prices for their products skyrocket, and a weight-based tax would not be subject to the same annual, inflation-adjusted price increases as a percentage-of-price tax. Because some snuff products can weigh as little as one-eighth of an ounce, a weight-based tax sharply reduces future state revenues. In 2009, the New York City Council banned all flavored tobacco products, a move meant to protect the city's youth from kid-friendly manufacturing and marketing. The European Union has also banned the products. 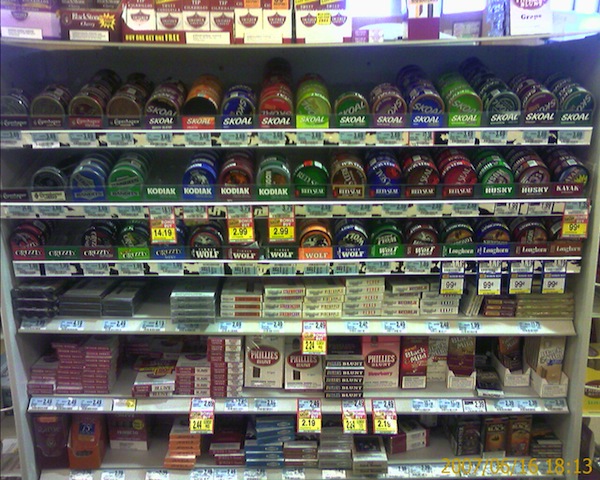 More than a dozen public health groups, including the American Cancer Society, Health First Wisconsin, and the Wisconsin Medical Society lobbied Governor Scott Walker to the veto the change, citing the obvious risks the Starburst-colored snus products pose to children.

Walker did so on June 26, 2011. Apparently, Governor Walker doesn't have the same craving to get kids hooked on tobacco that presently afflicts at least two of his Republican colleagues. According to Followthemoney.org, he's received only $50 in campaign contributions from tobacco companies and in 1996 he spearheaded a campaign to allow local governments to impose strict guidelines limiting teen access to cigarettes, such as eliminating the use of cigarette vending machines. And despite his open criticism of the statewide smoking ban, Governor Walker announced Thursday that after hearing from people across Wisconsin, he will not pursue a repeal of the ban.