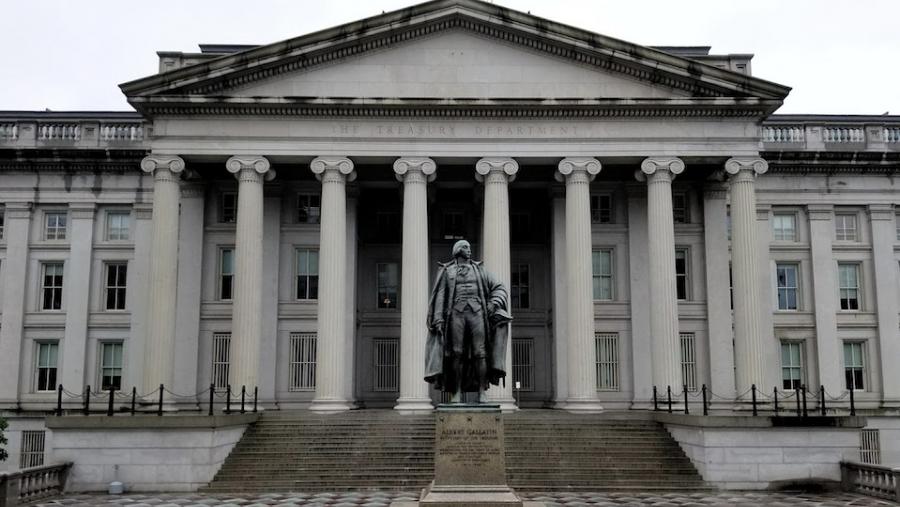 Five of the American Legislative Exchange Council's (ALEC) major corporate members are among the nation's largest corporations that paid no federal income tax in 2020.

The five companies, all members of the S&P 500 stock market index of the largest publicly traded companies, made a combined $8.3 billion in pre-tax earnings in 2020 but paid nothing in federal income taxes, according to a recent study by the nonpartisan Institute on Taxation and Economic Policy (ITEP).

In a pay-to-play arrangement, lobbyists from ALEC-affiliated corporations work behind closed doors with state legislators on ALEC "task forces" to draft laws that will boost their profits.

At least 55 major corporations managed to pay nothing in taxes last year despite substantial profits thanks to a variety of loopholes, ITEP reported.

"This continues a decades-long trend of corporate tax avoidance by the biggest U.S. corporations, and it appears to be the product of long-standing tax breaks preserved or expanded by the 2017 Tax Cuts and Jobs Act (TCJA) as well as the CARES Act tax breaks enacted in the spring of 2020," ITEP said.

One company, Fed Ex, received a tax rebate of $238 million.

Representatives of all five companies have served on ALEC's policy-making task forces or as private sector state chairs.

Many companies such as Charter give huge stock options to executives and use them as tax write-offs. Duke used a tax break for renewable energy.

Most of the companies also use accelerated depreciation, a method of depreciation used for accounting or income tax purposes that allows greater depreciation of expenses in the early years of the life of an asset.

ALEC and its corporate members were big boosters of the 2017 tax cuts legislation pushed by then President Trump. In a 2018 article, "Americans Can Be Thankful for Tax Cuts," ALEC said passage of the federal cuts created a "perfect moment" for introducing corporate tax reduction measures in the states.

Georgia, Iowa, and Missouri were among the states that slashed corporate tax rates to mirror the federal corporate tax cuts, ALEC said.

"Based on its principles of limited government and free markets, ALEC has been a leader in reforming state tax codes," ALEC wrote in a 2017 press release. "Its legislative members have led the fight across the country."

ALEC makes the argument in its annual economic survey that states with low tax rates have gained population in recent years, while higher tax states have seen population decline. However, recent reports suggest that while many people talk about moving to take advantage of lower tax rates, few do it.

On June 3, President Biden offered to scrap his proposed corporate tax increase and instead impose a 15% minimum tax on corporations that have profits. The five top ALEC tax avoiders would have paid over $1.2 billion in 2020 under that scenario.