The 2016 election for U.S. Senate is hitting the airwaves in Wisconsin, despite the fact that the election is over a year away. 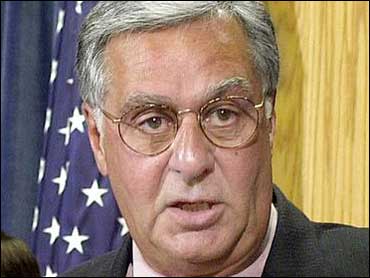 The magazine In These Times reports that in his previous position with the lobbying firm DLA Piper, Former House Majority Leader Dick Armey promoted the interests of the People’s Mojahedin Organization of Iran, otherwise known as Mujahedeen-e-Khalq (MEK), an organization that the

Worried about "increasing international willingness to negotiate with Tehran over its nuclear program," the Israeli government is ramping up its anti-Iranian messaging. Israel has committed 8 million NIS, or around U.S.$2 million, for the campaign.

The White House says that the Iraqi Parliament's approval of the Status of Forces Agreement (SOFA) is cause for celebration and a sign that we have won the war. White House Press Secretary Dana Perino rejected the idea that the Agreement's stipulation of troop withdrawal in three years is in fact exactly the type of timetable that President Bush has consistently opposed.

The Islamic Supreme Council of Iraq is launching a public campaign in the United States, "to educate and raise awareness of the goals of the leading Shiite political party that opposes Muqtada al-Sadr's grou

CMD's Diane Farsetta digs further into the Virginia-based Council for a Democratic Iran (CDI) and its major new contract with the Livingston Group lobbying and PR firm, which Lauri Fitz-Pegado is working on. CDI's founder, Dr.

Reacting to a report that revealed American cigarette exports to Iran have risen tenfold during George W.

We know from Scott McClellan, the former White House Spokesman, in his recent book, What Happened, that President Bush insists on discipline in messaging. Although the publics on both sides of the Atlantic have gotten to the point of heavily discounting what he says, the President's desire for control can give us a sense of the thrust of policy. This is certainly true with respect to Iran.

"As they duel over how best to deal with Tehran," Senators John McCain and Barack Obama "are exaggerating what's known about Iran's nuclear program," reports Jonathan Landay. "The U.S. intelligence community ... thinks that Iran halted an effort to build a nuclear warhead in mid-2003, and the U.N.

Eight thousand pages of documents related to the Pentagon's illegal propaganda campaign, known as the Pentagon military analyst program, are now online for the world to see, although in a format that makes it impossible to easily search them and therefore difficult to read and dissect. This trove includes the documents pried out of the Pentagon by David Barstow and used as the basis for his stunning investigation that appeared in the New York Times on April 20, 2008.