Most nuclear reactors built in the U.S. in the 1960s and 1970s were explicitly designed to last for 40 years, but an Associated Press investigation shows that owners of aging nuclear plants and their government regulators are now claiming the aging reactors actually have no particular life span, and can even operate for up to 100 years. AP found the Nuclear Regulatory Commission's (NRC) relicensing rules contain no requirements that operators compensate for wear and tear on their reactors, and that the relicensing process relies heavily on paperwork supplied by operators and very little actual visual inspection of plants. AP also found that the NRC has repeatedly made compromises in plant safety rules, emergency planning and regulations to keep older reactors operating. The NRC's relicensing audits for aging plants often contain "identical or nearly identical word-for-word repetition" of the language supplied by operators in their license renewal applications. Despite the fact that repeated equipment failures have occurred at U.S. nuclear plants, relicensing the plants has become little more than a rote, rubber-stamp procedure. Joe Hopenfeld, a former NRC engineer who worked on issues pertaining to plant aging prior to retiring in 2008, corroborates AP's findings. "Everything I've seen [in regard to relicensing] is rubber-stamped," Hopenfeld confirms.

The Center for Media and Democracy has joined a coalition of privacy, consumer and civil rights organizations in signing onto comments from the Electronic Privacy Information Center (EPIC) (pdf) opposing a proposal by the Department of Homeland Security's (DHS) to expand "E-Verify," a national internet-based employment verification system that lets employers check citizenship status and verify employment eligibility of people applying for jobs. DHS plans to integrate records from state motor vehicle agencies' systems and change the verification process to include validation of a driver's license, driver's permit or ID card from a state or local jurisdiction. Groups signing onto EPIC's comments say the DHS proposal to integrate driver's license information into Homeland Security's database is unlawful and is very similar to the REAL ID Act of 2005, which established new federal standards for state-issued driver's licenses and other ID cards. Some states have declined participate in the REAL ID Act. EPIC and other groups oppose provisions in the DHS proposal that would, for example, allow DHS to distribute E-Verify records to public and private parties, and disclose E-Verify data "to the news media and the public" with just a vague exception for any "particular case [that] would constitute an unwarranted invasion of personal privacy." 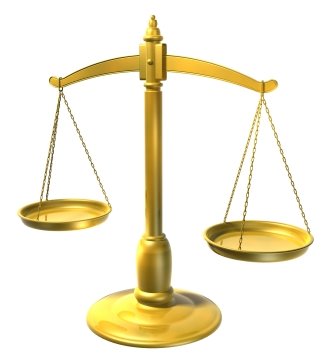 On June 8, Federal Communications Commission (FCC) Chair Julius Genachowski agreed to wipe the Fairness Doctrine completely off the agency's books, even though the rule has been officially dead since 1987. House Republicans have long pushed to get the Doctrine off the rule books for good, and they've finally gotten their way.

From the time it was put in place in 1949 until its demise in 1987, the Fairness Doctrine required holders of broadcast licenses to provide the public with news and public affairs programming, and present opposing viewpoints on controversial issues. Back then, the airwaves were dominated by the "big three" networks ABC, CBS and NBC -- which broadcast over publicly-owned airwaves under licenses issued by the government. The idea behind the Fairness Doctrine was to keep broadcasters from monopolizing the airwaves with a biased viewpoint, and assure that those entrusted with the public airwaves broadcast a diversity of viewpoints on important issues.

Under U.S. Department of Defense (DOD) Rule 1330.09, U.S. military bases are supposed to sell tobacco products at no more than 5 percent less than the lowest price in surrounding civilian markets, but army and air force bases across the country are routinely violating this rule. An investigation revealed 15 military bases offer discounts on cartons of cigarettes that range from 10 to 40 percent. Those big discounts on cigarettes lead to big costs for taxpayers. Almost 40 percent of smokers in the military say they starting smoking after joining, and in 2008 alone the Veterans Administration spent over $5 billion treating chronic obstructive pulmonary disease, a tobacco-related illness. Smoking also affects troop readiness by decreasing physical fitness, motor coordination, stamina and increasing the amount of time it takes for wounds to heal. The DOD claims service members use tobacco to relieve stress, but Dr. Benjamin Gonzales, who served in the Air Force and Army for 24 years as a trauma doctor, says nicotine addiction causes the stress and using tobacco just reduces withdrawal symptoms. He says the relationship between tobacco use and price is well documented. An investigation showed that, to set prices, military pricing coordinators look at cigarette prices at other military bases instead of basing prices on those at local stores. For those who comply with Rule 1330.09, some of those "local stores" are as much as five hours away, or on an Indian reservations. When these pricing coordinators were asked if they would stop doing that and set prices as defense policy dictates -- by just looking at prices in the local convenience stores, retailers and gas stations -- they wouldn't give a straight answer. 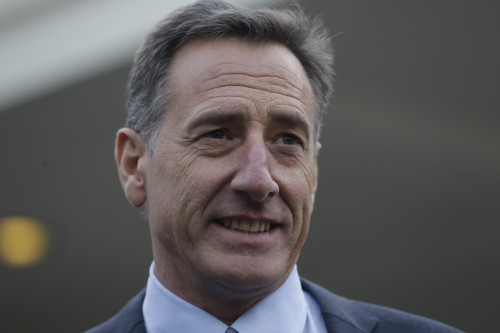 Of the many supporters of a single-payer health care system in the United States, some of the most ardent are small business owners who have struggled to continue offering coverage to their workers.

Among them are David Steil, a small business owner and former Republican state legislator in Pennsylvania who earlier this year became president of the advocacy group Health Care 4 All PA.

Another supporter is Vermont Governor Peter Shumlin, who last Thursday signed a bill that sets the stage for the country's first single-payer plan. If all goes as Shumlin and the bill's many backers hope, all 620,000 Vermonters will eventually be enrolled in a state-run plan to replace Blue Cross, CIGNA and other private insurers whose business practices have contributed to the number of Vermonters without coverage -- approximately 60,000 and growing.

Yesterday three special elections were held in Wisconsin to fill the
seats of legislators tapped by Wisconsin Gov. Scott Walker to fill
vacancies in his administration.

In a special election, Democrat Steve Doyle defeated Republican John Lautz for the Wisconsin District 94 Assembly, flipping a seat held by Republicans for 16 years. The hot topic in the race was Gov. Scott Walker's plan to curtail collective bargaining rights for public employees.

A 33 year old Pakistani computer programmer who lives near Osama bin Laden's hideout unknowingly first broke the news about the U.S. raid on bin Laden's compound after he tweeted about hearing a helicopter hovering over the area at 1:00 a.m., saying it was an unusual event for his town, Abbottabad. Sohaib Athar subsequently tweeted that he heard a "huge window shaking bang" which turned out to be a U.S. helicopter crashing nearby. The copter apparently had mechanical difficulties and was intentionally blown up by its crew. Athar reported on the location of the crash site and posted a photo and video of bin Laden's compound. Athar describes himself on his Twitter page as "An IT consultant taking a break from the rat-race by hiding in the mountains with his laptops." His tweets about the incident began a full seven hours before the mainstream media broke the story of the raid, demonstrating how ordinary people can now offer real-time, blow-by-blow coverage of important gobal events far ahead of the mainstream media simply by virtue of being in the right place at the right time and being connected via social media.

The National Oceanic and Atmospheric Administration (NOAA) oversees aquaculture, or fish farming, in the U.S., both in freshwater and marine environments. Since the U.S. imports 84 percent of its seafood, about half of which is farmed, there is need for growth in the domestic fish-farming industry. Thus the NOAA has proposed a set of policies to guide American aquaculture. But a group of about 30 organizations, including the Center for Media and Democracy, has sent comments to the NOAA (pdf) expressing dismay that the proposed aquaculture policies fall short, in part by failing to maintain a neutral view of aquaculture. The draft policies seem more aimed at boosting the aquaculture industry at any cost than rationally and scientifically evaluating the pros and cons of this type of development in any given circumstance, place and time.

The Associated Press published a story based on a fake, emailed press release that said General Electric would respond to criticism over the amount of taxes it avoids by repaying its entire $3.2 billion tax refund for 2010 to the U.S. Treasury Department.