Here's a guide to how the government has focused its weapons of surveillance on millions of Americans.

This week, Citizens for Responsibility and Ethics in Washington (CREW), a non-profit government watchdog group, released a report -- "The Worst Governors in America," and Wisconsin Governor Scott Walker came in sixth in the top category. The report has an amusing circus theme and dubs Walker a "Ringmaster," but it is heavily documented and footnoted to reliable sources and primary documents. The criteria CREW used when assessing the nation's governors were the following: corruption, transparency, partisan politics, pressuring public officials, cronyism, self-enrichment, scandal and mismanagement.

This article was first published by PRWatch.org on December 31, 2012, while we were writing our report "Dissent or Terror: How the Nation's Counter Terrorism Apparatus, in Partnership with Corporate America, Turned on Occupy Wall Street," published by DBA Press and the Center for Media and Democracy in May 2013. We re-release it now as part of a PRWatch series on the new report.

Records obtained from the Federal Bureau of Investigation (FBI) by DBA Press and the Center for Media and Democracy (DBA/CMD) through a Freedom of Information Act (FOIA) request indicate that the FBI employed tactics under a "counter terrorism" initiative called "Operation Tripwire" in the monitoring of Occupy Wall Street (OWS) activists.

MADISON, WI -- DBA Press and the Center for Media and Democracy today released the results of a year-long investigation: "Dissent or Terror: How the Nation's Counter Terrorism Apparatus, In Partnership With Corporate America, Turned on Occupy Wall Street." 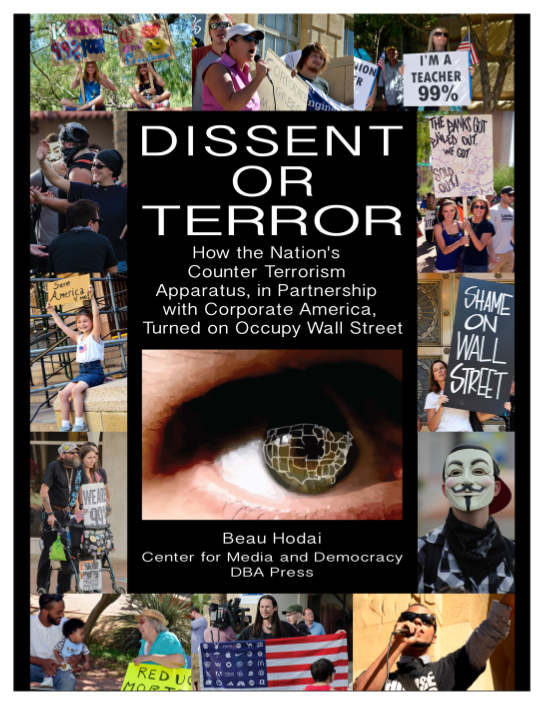 The report, a distillation of thousands of pages of records obtained from counter terrorism/law enforcement agencies, details how state/regional "fusion center" personnel monitored the Occupy Wall Street movement over the course of 2011 and 2012. Personnel engaged in this activity at fusion centers include employees of municipal, county and federal counter terrorism/homeland security entities. Such entities include local police departments, the FBI and the U.S. Department of Homeland Security (including U.S. DHS components such as the Transportation Security Administration).

This spring, three senior Obama Administration officials informed Daniel Klaidman of The Daily Beast that the CIA would no longer operate targeted killings with unmanned drones. All targeted killings using the controversial technology would from now on be conducted by the Department of Defense, which has its own drones program in place.

Sen. Bernie Sanders (I-VT) and Rep. Ted Deutch (D-FL) have introduced a new constitutional amendment to overturn the damage done by Citizens United, Buckley v. Valeo, and other judicial decisions that have diluted the role of ordinary people in American democracy.

The Obama administration is urging a federal court to overturn a ruling that blocked the government from enforcing a law that could allow the military to imprison American citizens indefinitely, without trial. The Center for Media and Democracy joined an amicus brief with groups across the political spectrum calling for the judiciary to reject such unchecked power to use "indefinite detention."

This article was published by DBA Press in January 2011 and has been updated. 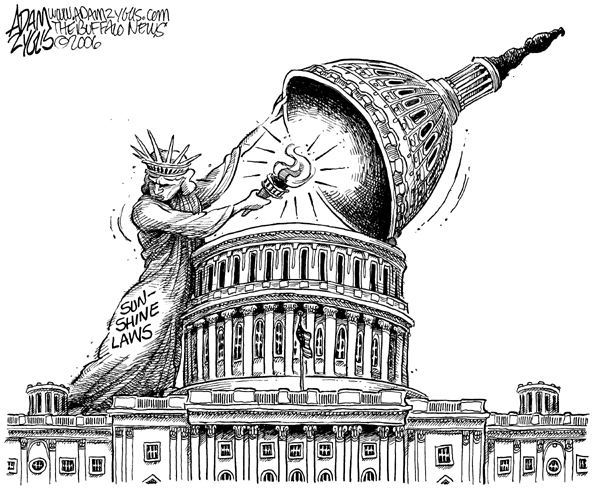 The U.S. House of Representatives is scheduled to vote Wednesday, May 30, on the Food and Drug Administration Reform Act of 2012, H.R.5651. Groups advocating for open and transparent government have found a provision in the bill that would keep potentially important health and safety information away from the public. Section 812 would, according to a letter to leaders of the House Oversight and Government Reform Committee penned by several of these groups, deny the public access to information relating to drugs obtained by the U.S. Food and Drug Administration (FDA) from any government agency -- local, state, federal, or foreign -- if that agency has requested that the information be kept confidential.

Patrice McDermott, Executive Director of OpenTheGovernment.org, which works with the legislative and executive branches to encourage more open government, told the Center for Media and Democracy (CMD) that the provision might blow a huge hole in the Freedom of Information Act (FOIA). It would give the FDA carte blanche with regard to drug information.