Founded in 1955 to combat the "evils of compulsory unionism," the National Right to Work Committee has waged a war on workers ever since.

Proof that Charles was a member of the John Birch Society.

"The task is not done, the journey is not complete," said Martin Luther King III on Saturday's 50th Anniversary of the March on Washington. 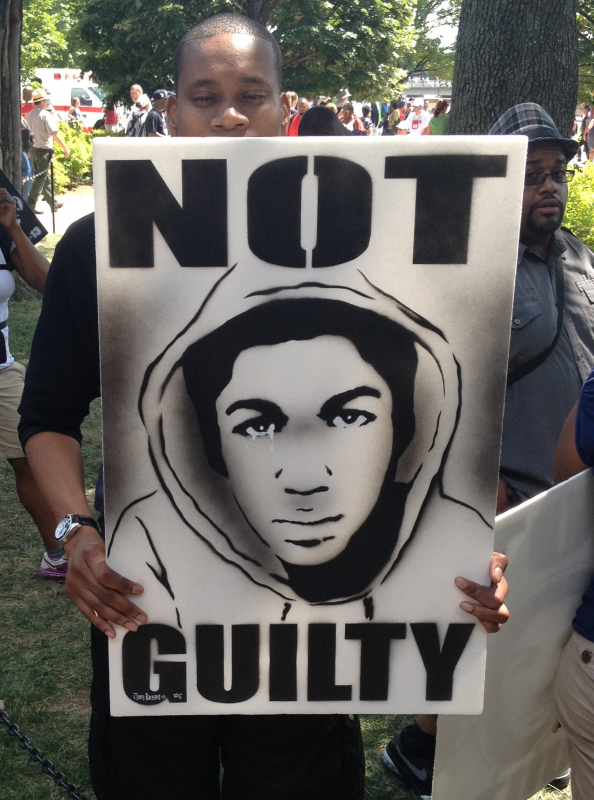 "The vision preached by my father a half-century ago was that his four little children would no longer live in a nation where they would judged by the color of their skin but by the content of their character," he said.

The Milwaukee-based Bradley Foundation is one-for-two in legal challenges to civil rights and racial equality this term, with the U.S. Supreme Court striking down a key provision of the Voting Rights Act of 1965 in one case bankrolled by Bradley, and in another, remanding an affirmative action case to a lower court, turning back the Bradley-backed challenge. The cases represent the latest in the Bradley Foundation's long-term effort to dismantle the gains of the civil rights era.

In a 7-2 decision, the U.S. Supreme Court has struck down an Arizona statute that imposes restrictions on voter registration, finding it conflicts with federal law. After becoming law in Arizona, the legislation at issue was adopted as a "model" by the American Legislative Exchange Council (ALEC).

A controversial mining bill, which opponents say will weaken environmental standards and threaten the state's water resources, has passed the Wisconsin State Senate. The bill, the first to be introduced in the 2013-2014 legislative session, passed 17 to 16 with one Republican, Senator Dale Schultz, voting against along with the 15 Senate Democrats. SB1 is nearly identical to the bill that failed to pass in 2012.

One year ago today, 17-year-old Trayvon Martin was shot and killed by 28-year-old George Zimmerman. On average, 30 people are killed by firearms each day, so Trayvon Martin could have become just another faceless statistic. But the tragedy soon gained national attention as a result of the injustice wrought by Florida's "Stand Your Ground" law, which was cited to protect Zimmerman from prosecution because he claimed to have felt threatened by the unarmed African-American teenager.

The Trayvon Martin tragedy soon led to an examination of Stand Your Ground laws, as well as the organization responsible for their proliferation: the American Legislative Exchange Council, or ALEC.