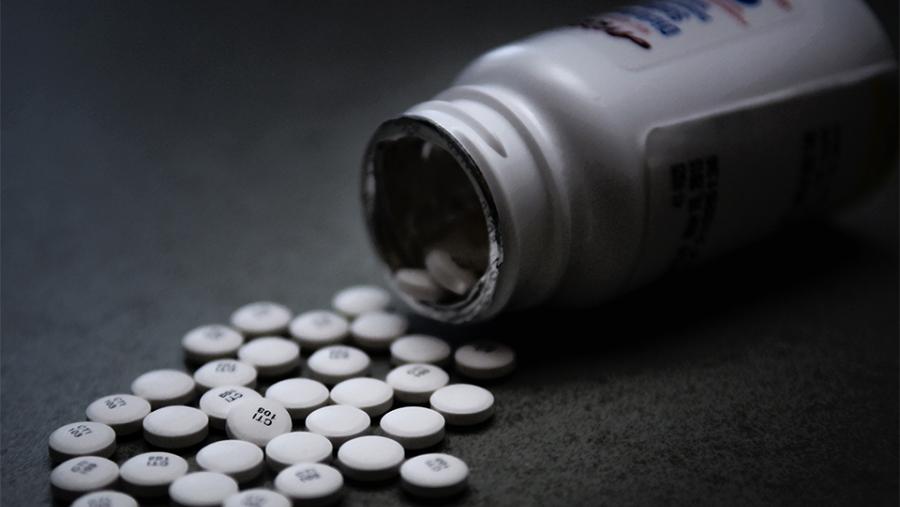 Purdue Pharmaceuticals, and the Sackler family who owns and controls the company, tried to halt the more than 2,000 lawsuits against them. The opioid manufacturer offered a settlement to attorneys general who are suing the company for its role in the opioid epidemic. But the bipartisan group of AGs is split, essentially along party lines, regarding whether the $10 billion agreement is enough of a correction in a crisis where 400,000 lives have been lost.

It doesn't hold the company or its owners accountable and is "offensive to families who have lost loved ones to this epidemic," according to Massachusetts Attorney General Maura Healey (D). Pennsylvania Attorney General Josh Shapiro (D), said that agreeing to the settlement -- in which the Sacklers would admit no wrongdoing -- would be "a slap in the face" stemming from their "destruction and greed."

But, according to the Associated Press, the GOP's acceptance of the "sweetheart deal," as Rep. Max Rose has deemed it, might not be due simply to a close relationship with big business. Reportedly, former Republican Alabama AG Luther Strange's ties to the Sackler family and the Republican Attorneys General Association (RAGA) may have played a role. Strange attended a RAGA meeting recently where he was "sounding out members about a settlement months before a tentative deal was struck this week."

Nearly all RAGA members are in favor of the deal, and almost every AG pleased with the deal is a RAGA member.

RAGA's Role in the "Sweetheart Deal"

The AGs received relatively few campaign contributions directly from opioid interests under investigation. AG campaigns received $68,000 between 2010 and 2017, according to the National Institute on Money in Politics. The pharmaceutical companies instead contributed through RAGA.

Purdue is following what the Citizens for Responsibility and Ethics in Washington (CREW) has called the "playbook" used by "corporations fighting off investigations by state attorneys general." It contributed more than $680,000 to RAGA from 2014 through 2018, according to the Associated Press.

Those contributions to RAGA allow Purdue, and the Sacklers, access to those who are determining their legal -- and, by extension, financial -- fate. Their donations buy them benefits such as the "opportunity to lead private briefings," possibly to make the case to settle for less.

But Purdue hedged its bets that its case was already made sufficiently to the RAGA members, according to a review of the company's IRS disclosures completed by the Center for Media and Democracy (CMD). No contributions from Purdue were disclosed on the mid-year 2019 RAGA 8872 forms. The rest of the pharmaceutical industry contributed at least $509,777 this year.

An NBC analysis found that RAGA received at least $385,000 from defendants directly named in opioid lawsuits and the pharmaceutical trade association PhRMA in the first six months of 2019.

CREW's description of the "playbook" pointed to Mallinckrodt Pharmaceutical, which "significantly increased" contributions to RAGA after "it revealed in Securities and Exchange Commission (SEC) filings that it was the subject of an investigation by several states for its drug pricing and reimbursement practices."

The pharmaceutical companies' "playbook" calls for contributions in order to gain access to the attorneys general. A 2018 document obtained by CBS News explains the benefits of giving to RAGA: Even at the lowest level of contributions, $15,000, contributors gain access to all RAGA meetings. At the $25,000 giving-level, corporations get a seat at the table with the AGs. Give $50,000 and then the companies get the "opportunity to lead private briefings" with GOP AGs. In 2014, $100,000 or more garnered you a quarterly call with a featured AG, but in 2018, $125,000 will only get you access to the monthly political briefing hosted by RAGA's executive director.

Contributions to RAGA and its Democratic counterpart the Democratic Attorneys General Association (DAGA) from opioid drug companies and retailers "began to ramp up in 2015 as legal action became more likely," according to NBC News. The public is not privy to what pharmaceutical companies and RAGA members discuss, despite that $100,000 might save the drugmakers millions or even billions.

Historically, RAGA has maintained that corporate contributions do not influence legal decisions made by AGs, implying that examples of actions taken that favor industry are purely due to shared ideology.

Purdue Had Access to Covert Message Board With AGs

According to disclosure forms, Purdue Pharmaceuticals contributed at least $60,250 to RAGA in 2018, including one donation of $50,000 in October. CBS News reported that a $50,000 contribution entitled Purdue "to so-called 'issue briefings': one-on-one with Republican AGs." As members of the penultimate "Attorney General Capital Club," contributors giving $50,000 or more yearly get to be panelists in front of AGs, receive invitations to dinners with AGs, and get access to post in the "online RAGA Briefing Room."

The Briefing Room is a "secret online bulletin board" that allows "big donors to help shape legal policy," according to a report by The Intercept and Maplight. The website allows correspondence between corporations and elected officials to be shielded from the public, outside of the realm of open records laws. If discussions took place regarding Purdue settlement between the corporations and AGs via that website, they could likely never see the light of day.

The settlement is expected to be worth around $10 billion to $12 billion, with $3 of those billion coming from the Sackler family. For comparison, Purdue made more than $31 billion in revenue from OxyContin, and the Sacklers were "one of the wealthiest families in the US, with an estimated fortune of $13 billion" in 2016. The opioid crisis has claimed more than 400,000 lives in the U.S. since 2000.

More than 25 states have filed separate lawsuits in state courts against members of the Sackler family. The family was caught "trying to keep its wealth free from potential liability in other court cases involving Purdue Pharma's role in the opioid crisis."