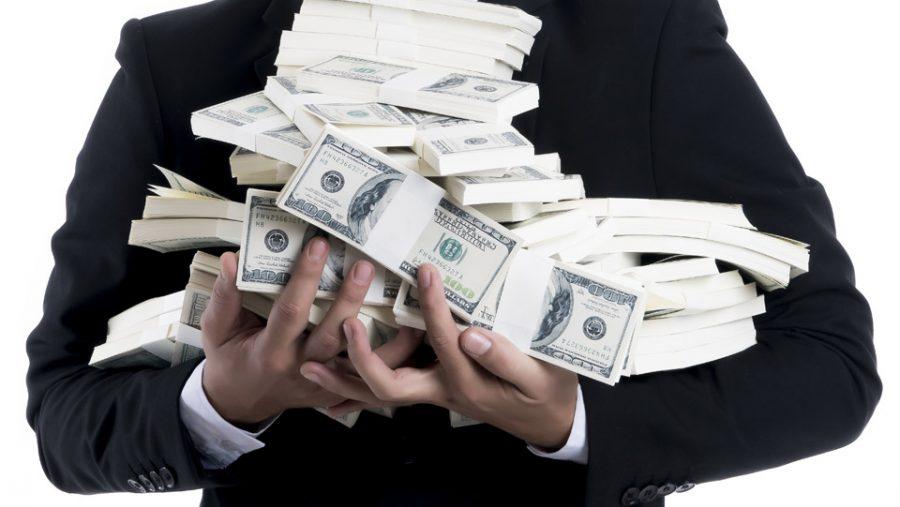 President Trump called it “getting away with murder” when he was a candidate and promised to eliminate it as late as September 2017, yet the “carried interest deduction” lives on.

The loophole’s surprising survival appears to reflect the industry’s growing political clout. New research by the Center for Media and Democracy (CMD) finds that political spending on federal elections by private equity firms soared to almost $100 million in the 2016 election cycle.

In the 2016 federal elections, 147 private equity firms and the individuals in them gave $92 million to federal candidates and committees in 2015 and 2016. That’s more than double the $39 million the same group of donors gave in the 2012 elections.

The amount only represents private equity, not firms primarily involved in venture capital or those running hedge funds.

The carried interest loophole allows private equity firms pay a lower tax rate (23.8 percent instead of 39.6 percent) by treating their profits like capital gains. The loophole will cost the U.S. treasury at least $20 billion over the next decade, according to government estimates.

Senator Tammy Baldwin (D-WI) is leading the charge on a bill, the Carried Interest Fairness Act, to close the loophole this year. The bill has 13 Democratic cosponsors, but the Republican-controlled Finance Committee has so far failed to give it a hearing.

Data collected by the Center for Responsive Politics shows that all finance, real estate, and insurance sectors together gave just over $1 billion to federal candidates and committees in the 2016 elections, about 50 percent more than what those individuals, firms and PACs gave in 2012. The financial sector spends more money on federal elections than any other sector, and within that broad category private equity firms were the fastest growing sub-sector of contributors.

The 147 private equity firms and their owners in CMD’s study gave more than the entire transportation industry, and almost as much as the construction industry, both of which are made up of thousands of firms and individuals.

In the last 20 years, private equity has gone from being a niche or specialist investment industry in some states and cities to now representing almost 15 percent of GDP, with large firms in every state and most large cities.

The partners and investors of these firms very quickly accumulate enormous wealth, some of which is being increasingly spent on policy and politics through firms or individuals. Bruce Rauner, the Republican governor of Illinois, ran a private equity firm that gave him an income of $250 million in the last two years, while he was not working there.

The media and researchers are just beginning to learn about the role that private equity plays in politics, campaigns, and policy separate from venture capital. For years, venture capital firms, individuals, and companies owned by venture capital firms have played a big role in California politics because of the growth of that investment industry in the informational technology and Internet industries.

Big private equity firms, like Cerebus, Carlyle, and Blackrock, and medium-sized firms, like Platinum Investments, GTCR, and Riverstone, have major political and lobbying presences at the state and local level. They also advise public pension funds, and the companies they own are big players in politics in their own right.

Tracking political spending by the industry is complicated, because many major multinational integrated investment houses—which provide trading, lending, hedging, wealth management, and other services—now also have private equity subsidiaries that own thousands of companies. Goldman Sachs, Morgan Stanley, J.P. Morgan, and Wells Fargo own private equity firms that also raise money for funds, which in turn invest in thousands of mostly private companies and are not covered in CMD’s study.

CMD’s Private Equity Political Spending research document can be viewed below or here.