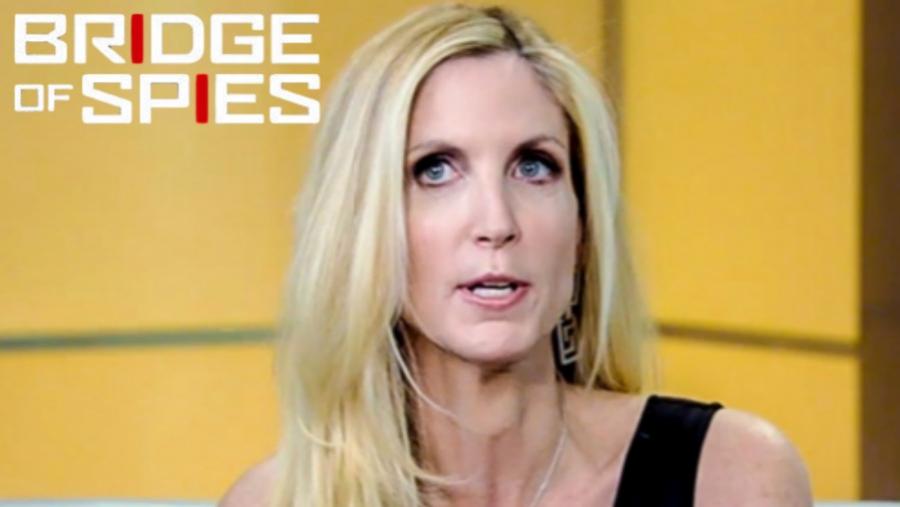 Contributor and Madison attorney Jonathan Rosenblum has discovered in his archive of microcassette interviews for his book "Copper Crucible" an original recording of an FBI agent, John "Jack" Coulter, who helped catch Russian Colonel Rudolf Abel.

Abel was the spy who is front and center in Steven Spielberg's film, "Bridge of Spies," which is nominated in six Oscar categories. Actor Mark Rylance, who played Abel, is favored to win an Oscar for his performance.

What hasn't made it into the film or even political news, like Politico, is that the late FBI man, Jack Coulter--who passed away in 2008--was the father of right wing columnist Ann Coulter. She cited Rosenblum's book at his funeral for its colorful description of her father's work life, which included busting unions in the 1980s at Arizona's copper mines.

Jack Coulter was part of the New York FBI squad's "Section One," which obtained a newspaper boy's famous "broken nickel" which contained microfilm intended for transfer by Abel to other agents.

Coulter also took credit for investigating a much less famous but more tragic spy caper—the "Bentley ring" and Dartmouth grad and government economist William Remington, who was killed by another federal prisoner after his conviction during the McCarthy era. Some communist spies were certainly caught in that paranoid era, but many more Americans, innocent of any wrongdoing, were smeared and blacklisted, like Dalton Trumbo, whose travails have also been captured on a film nominated for an Oscar this season.

While some have claimed that some in that generation of the Left raised "red diaper babies," Rosenblum's audio interview with Ann Coulter's father makes it clear that the controversial arch-rightwing columnist--infamous for an array of inflammatory claims--could be considered one of the "McCarthy babies."

She and several 21st century right-wingers are the children of those men who embraced the politics of Joe McCarthy--like John Birch leader Fred Koch and his son, a Bircher himself, Charles Koch. (Although the John Birch Society was created after McCarthy's ignominious death it pursued his agenda in the 1960s, as Charles Koch raised funds for the group at the height of its attacks on the Reverend Martin Luther King, Jr., and the Civil Rights movement.)

Attached below is a transcript of the Jack Coulter interview along with the crackly audio interview by Rosenblum. "Bridge of Spies" may be up for an Academy Award for its sound, but the authentic microcassettes are never so clear. And here is the remastered audio by Norm Stockwell.