In a series of blockbuster reports published in the Washington Post and in the British newspaper The Guardian, sources reveal that the National Security Agency (NSA) is running a previously undisclosed program called PRISM, which allows federal officials to collect material including "search history, the content of emails, file transfers and live chats" from an array of internet companies including Google, Skype, YouTube, Facebook, Apple, and more without a court order.

The papers gained access to a 41-slide top secret PowerPoint presentation that lays out the parameters of the program, which has apparently been operative since 2007. 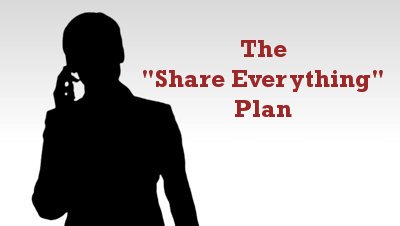 "The program facilitates extensive, in-depth surveillance on live communications and stored information. The law allows for the targeting of any customers of participating firms who live outside the US, or those Americans whose communications include people outside the US. It also opens the possibility of communications made entirely within the US being collected without warrants," writes Glenn Greenwald in The Guardian. He cites the FISA Amendments Act (FAA) as the operative law.

With PRISM, the NSA is apparently able to extract information directly from the companies and both obtain stored communications and perform real-time collection on targeted users apparently without having to request them from the service providers and without having to obtain individual court orders, the Guardian article asserts. Although the slide show presentation claims the program is run with the assistance of the companies, all those who responded to a Guardian request for comment denied knowledge of the program.

The Washington Post story provides further details on this fast moving story, adding a quote from the alleged leaker of the information, who said: "They quite literally can watch your ideas form as you type." The Post report says that Twitter was notably absent from the list of service providers, and Apple apparently held out for five years.

The PRISM revelations follow the Guardian's blockbuster report on June 5 of a secret court order allowing the NSA to access phone records (although not the content of phone calls) of all Verizon customers for a three-month period.

A top secret court order issued in April 2013 authorized the National Security Agency (NSA) to collect the telephone records of millions of Americans who are customers of Verizon, according the Guardian story. The sweep of the order is so broad that the agency is collecting all records on all calls "on an ongoing, daily basis" -- both domestic calls and international (when one end of the call occurs in the United States) -- whether the callers are suspected of any wrongdoing or not (the order does not include the "substantive content" of calls).

This is the first time that documents have shown the current administration engaging in the mass collection of call records, called "telephony metadata" in the court order. A public outcry followed revelations in 2006 that the Bush administration had also collected call records for years. A senior Obama administration official defended the NSA's spying on the calls of Americans to the Associated Press (AP) on June 6, calling such information "a critical tool in protecting the nation from terrorist threats."

The scope of the order and other recent events paint a picture of an administration that has secretly sought expansive authority to monitor phone and other communications of a broad array of Americans.

According to Greenwald, "The unlimited nature of the records being handed over to the NSA is extremely unusual." The court order was granted on April 25 by the Foreign Intelligence Surveillance Court (FISA), a court which operates in secret. FISA court orders usually enable the collection of records pertaining to a specific targeted suspect -- someone "who is suspected of being an agent of a terrorist group or foreign state, or a finite set of individually named targets." But this order gives the Obama administration unlimited authority to obtain the bulk data for a three-month period of time from April 25 to July 19, 2013.

Tellingly, Greenwald notes, "It is not known whether Verizon is the only cell-phone provider to be targeted with such an order, although previous reporting has suggested the NSA has collected cell records from all major mobile networks. It is also unclear from the leaked document whether the three-month order was a one-off, or the latest in a series of similar orders."

Senator Dianne Feinstein, Chairman of the Senate Intelligence Committee, told reporters, "As far as I know, this is the exact three month renewal of what has been the case for the past seven years. This renewal is carried out by the FISA Court under the business records section of the Patriot Act."

The order relies for its legal justification on the "business records" provision of the Patriot Act, 50 USC section 1861. Senators Ron Wyden (D-OR) and Mark Udall (D-CO), members of the U.S. Senate Select Committee on Intelligence, have repeatedly issued cryptic warnings that the Obama administration has made use of an extreme interpretation of this provision to engage in excessive domestic surveillance.

These new revelations come on top of two recent explosive controversies related to Department of Justice and Federal Bureau of Investigation (FBI) monitoring of reporters. Federal investigators seized phone records of over 30 phone lines of AP reporters and editors, and the FBI tracked the comings and goings as well as the phone calls of Fox News Washington correspondent, James Rosen. In both cases, investigators appear to have been tracking the source of leaks to reporters of national security-related information.

AP CEO and President Gary Pruitt called the seizure of call records a "massive and unprecedented intrusion" into its news gathering activities in a letter of protest to Attorney General Eric Holder. Michael Clemente, Fox News' executive vice president of news, said he was "outraged" to learn that Rosen "was named a criminal co-conspirator for simply doing his job as a reporter" and called it "downright chilling."

Monitoring of Citizens on the Rise

As the Center for Media and Democracy has documented in its recent Dissent or Terror report, Department of Homeland Security monitoring of citizens goes well beyond journalists to include average activists involved in movements like Occupy Wall Street.

The Obama administration has repeatedly defended its monitoring activities, perceived by many civil libertarian groups as a broad overreach of the administration's authority. Jameel Jaffer, American Civil Liberties Union deputy legal director, said in reference to the latest disclosure, "It is beyond Orwellian, and it provides further evidence of the extent to which basic democratic rights are being surrendered in secret to the demands of unaccountable intelligence agencies."

There is little doubt that the revelations will prompt federal investigations. The question is whether the investigations will be into the questionable scope and rationale for the NSA data collection or looking for the whistleblower who leaked the information to the newspapers.

This a convergence of the the desire of th KOCH Brothers to have total control of Media and the monitoring of ordinary American citizens' e-mails, chats, and phone conversations by corporate lobbyists who are controlling the elected officials in USA Congress.
The NSA can spy and intimidate all they want they need to use the phones and internet which is already controlled by the people that payed to make it all possible in the first place. So these NSA workers are going to get pegged by more powerful people. As for the Media someone has to begin to take control of it for it is completely out of control and corrupt. The whistleblowers will be shielded as well as the Newspeople.
If I am in contact with people in the United States, whether by phone, email or a web forum, does this mean that my personal data collected through this program? Because if so, this is a blatant invasion of my privacy. I do not live there, I do not pay tax there and I do not have the right to vote there. I have not given permission to collect information about me. So we can say that the U.S. government violated my human rights (and those of all Canadians, and if we extrapolate those of all citizens of the planet). If a reporter-researcher read these lines, I invite you to do your investigation to confirm or deny publicly, what I say. Of course, it would be nice if that journalist could also ask questions that require the Canadian government, which is responsible for enforcing the privacy of Canadians. I look forward to hear from you. <u>Angry <a href="http://www.bloggercoin.com">Blogger</a></u>
Gary Pruitt rightly said that it is an unprecedented intrusion and throws light on the critical situation which leads the authorities to take such an extreme action. At individual level it will bother people as it affects the privacy terms; with the idea of sharing people won’t feel as secure and free as they felt earlier while communicating with one another but now it should be viewed at a broader level, with the objects and consequences which are attached with this action…the protection of the nation. Samreen M Bolee.com
PRISM Break! STOP the BS' (Bush Shadow's)weapon of mass diffraction!! Impeachment, NOW!!!
Not sure why this is coming out now when most of us have known for a long time that the NSA is being intrusive and violating the U.S. Constitution in the interest of public safety, supposedly. Imagine how someone like Stalin or Hitler would have loved to have this capability. Then imagine some of the questionable people we have now running our government and what they might do with the info. The true test will be whether the people of this country value freedom over maximum safety. I choose freedom.
Doesn't seem as much a problem as made out... IF: Surveillance is limited to contact information and not actual conversations/text and IF: Surveillance is limited to contact information directly connected to terrorist personnel or organizations. This is what was stated. My opinion may/will change with new information. At this point, I support the plea from communications companies to allow them to verify what information they're giving up under FISA orders. BTW, I think that, if you listen to "the cops" (by whatever title) more invasive actions are always necessary - and that's because their task is to protect, and the only way to do that completely is to control everything. So judicial involvement is essential. That said, if only one side is represented, as it is now, it becomes similar to a Grand Jury event rather than a hearing and liberty suffers.