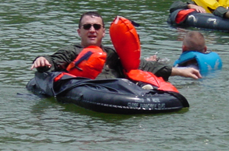 The migration of sponsored video news releases (VNRs) and B-roll footage from television stations to websites is increasing.

Yet lawyers and lobbyists for the Radio-Television News Directors Association (RTNDA) insist that mounting pressure to disclose fake news "already has begun to drastically chill speech in newsrooms across the country, inhibiting broadcasters and cablecasters from fully serving their viewers."

That claim is made in RTNDA's new filing (PDF) with the Federal Communications Commission (FCC). The broadcasters' group is urging the FCC to stop considering fines for undisclosed video news releases (VNRs). The FCC has proposed fines totaling $20,000 against Comcast, for its cable channel CN8 having aired five VNRs — public relations videos designed to look like news reports — without disclosure.

The FCC fines are an important first step in ensuring news viewers' right to know. But rather than roll up its metaphoric sleeves and address the impact of VNRs on television news, RTNDA is lobbying against any FCC action.

Perhaps, in the case of Armstrong Williams, the third time will be the charm. 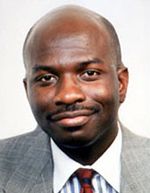 The first two official investigations failed to hold anyone accountable for what can only be described as a textbook case of government propaganda. The results of the third investigation, by the Federal Communications Commission, were announced recently (PDF file). The FCC found Williams and two media companies to be at fault, issuing a citation against Williams and proposing fines of $40,000 against Sonshine Family Television and $36,000 against Sinclair Broadcast Group.