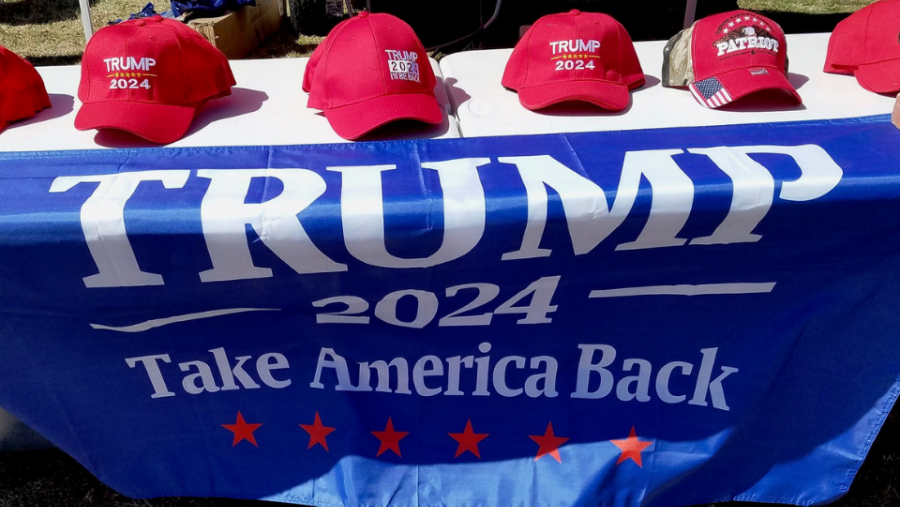 When President Joe Biden was campaigning last year, he said that Republicans would have "an epiphany" when Donald Trump left office and find ways to work with Democrats. To the contrary, Republicans have doubled down on Trump's anti-democratic efforts to manipulate elections to their advantage.

Using the evidence-free Big Lie that Democrats stole the presidency by committing mass voter fraud as an excuse, Republican state lawmakers have passed or proposed hundreds of voter suppression bills, many that will have disproportionate effects on people of color and young voters, constituencies that tend to support Democrats.

The GOP isn't just trying to cancel votes it doesn't like. It's also seeking to interfere with the certification process after votes are cast. And because of its incessant lie that Trump was the real winner of the 2020 election—nearly seven in 10 Republicans believe this, according to a recent poll—it will have no shortage of extremists ready to sabotage democracy on its behalf.

The likely outcome of this anti-democratic Republican plot is that numerous right-wing conspiracy theorists will administer elections in many states. Without new federal voting protections in place, these bad actors may be able to suppress enough liberal voters and manipulate the vote tabulation process to do what Trump couldn't—steal elections from Democrats.

Sacking Elections Officials Who Did Their Jobs

As they pass laws to make election subversion easier, Republicans in several states are working to oust or reduce the power of secretaries of state, whose departments oversee elections.

In Arizona, where the state Senate set up a bizarre and highly suspicious "audit" of the 2020 elections in Maricopa County, the GOP recently passed a budget that stripped Democratic Secretary of State Katie Hobbs of any role in elections-based litigation. Republicans didn't attempt to hide the partisan goal of the provision, which sunsets at the end of Hobbs' term.

Arizona Rep. Shawnna Bollick, one of the ringleaders of Republican efforts to annul Biden's victory in the state, just announced her campaign for secretary of state. Bollick, who is married to a state Supreme Court justice, sponsored a bill enabling the legislature to override its constituents' votes and choose the winner, giving lawmakers the ability to overturn the election results even after Congress has certified them. The Phoenix Republican co-chairs the American Legislative Exchange Council's (ALEC) secretive elections working group, which develops policy on voter suppression and partisan gerrymandering.

Two other Republican Arizona secretary of state candidates are also affiliated with ALEC: state Rep. Mark Finchem, a top promoter of Trump's Big Lie and marched with insurrectionists to the Capitol on Jan. 6, and state Sen. Michelle Ugenti-Rita, a sponsor of voter suppression legislation who has faced sexual harassment allegations.

In Georgia, Secretary of State Brad Raffensperger, a Republican who refused Trump's shocking request to "find 11,000 votes" so he could overtake Biden's lead, faces a Trump-backed primary challenge from Rep. Jody Hice, who voted to overturn the election results. This year, state lawmakers removed the secretary of state as the chair of the state elections board and eliminated its voting authority on the board.

Republican Kristina Karamo, who sought to overturn Michigan's election results, is running for secretary of state, as is Jim Marchant of Nevada, who sued to reverse his five-point congressional loss last year.

The GOP is also going after members of elections boards and other officials who haven't promoted conspiracy theories.

Republicans in Michigan pushed out a GOP elections auditor who certified the state's presidential election, replacing him with the head of the right-wing Michigan Freedom Fund.

And, under a new local elections law in Georgia, both major political parties no longer choose county election board members. Republican-led county commissions have already removed several Black Democrats from these boards and will likely replace them with GOP allies. Proponents of the law change claim it will reduce the influence of the political parties, despite it further politicizing the appointments.

Congressional Democrats plan to introduce a bill that would combat state laws granting legislatures the ability to remove state elections board members and local election supervisors and replace them with partisan officials who might overturn elections in favor of the GOP.

That measure is likely to meet the same fate as the Democrats' landmark voting rights legislation, the For the People Act, as long as conservative Democratic senators Joe Manchin and Kyrsten Sinema block any change to the Senate's filibuster rule, which was designed to protect white supremacy.

QAnon Will Try to Storm Elections

As state lawmakers attempt to take full control over election administration, right-wing extremists are vying for local positions. Influencers in the pro-Trump conspiracy movement QAnon, which the FBI says poses a domestic terror threat, are inspiring their like-minded followers to sign up as Republican precinct committee members, who help decide on higher-level elections appointments. One Arizona committee member appeared on multiple QAnon podcasts and urged his followers to "invade the Republican Party."

These efforts come as roughly one in three elections officials—the people who run polling places, maintain voter rolls, and count and certify election results—were concerned about "being harassed on the job" or "feeling unsafe" at work during the 2020 election cycle, according to a Brennan Center for Justice survey.

A report about the survey cites "threats of violence and other safety concerns," "increased disinformation being spread about elections, especially online and often by public officials," and "rising pressure to prioritize party interests over a democratic process" as three of the four factors that made these workers' jobs more dangerous. It lists these solutions to this anti-democracy movement.

The risk to election officials is so severe that on July 25 the Justice Department announced a task force that will combat "menacing and violent threats" that these officials face.

Unsurprisingly, election officials are quitting their posts in key swing states. Pro-Trump zealots will be eager to take their places.

Meanwhile, a number of fringe conspiracy theorists have become chairs of their state parties, many of them after Trump left office. The Republican leaders include Oklahoma GOP Chair John Bennett, who called for Hillary Clinton's execution and says Islam is "a cancer in our nation that needs to be cut out." Bennet enjoyed the endorsement of ex-felon Michael Flynn, Trump's first national security adviser, who openly promotes QAnon.

The Texas GOP under Allen West adopted a slogan central to QAnon conspiracists, "We are the storm."

Republican politicians are also busy dismantling other democratic traditions, such as limiting ballot initiatives and planning to further gerrymander already biased state legislative and congressional voting districts in their favor.

This gerrymandering could result in a GOP majority in the House which could, unlike in 2020, vote to overturn the 2024 results if a Democrat wins.