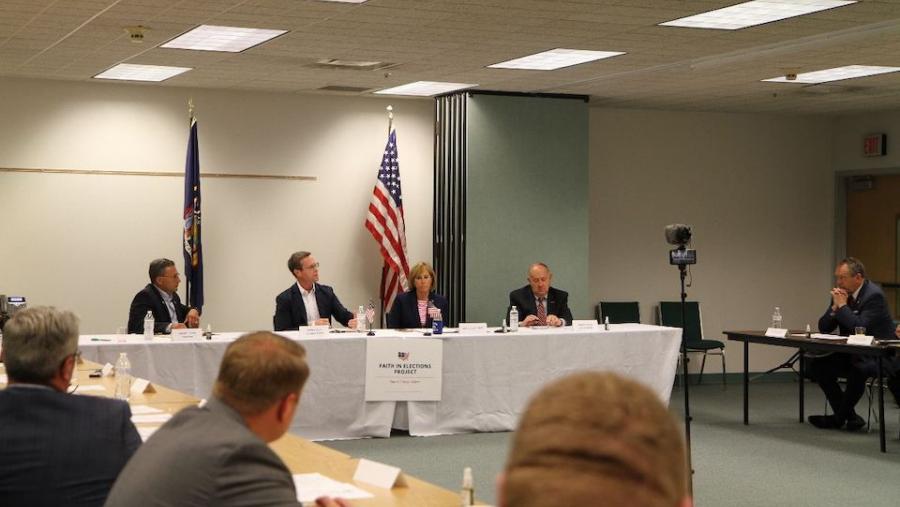 Led by Ranking Member Rep. Rodney Davis (R-Ill.), Republicans on the U.S. House Administration Committee launched the "Faith in Elections Project" on July 16 to combat efforts by Democrats to safeguard elections and expand access to the ballot box.

The six-month effort will focus on educating and engaging stakeholders with a goal of ultimately producing "a comprehensive Republican election bill," emails obtained by the Center for Media and Democracy (CMD) detail.

Republicans continue to promote the myth of widespread voter fraud without any evidence. A 50-state canvass of election officials found that since the November 2018 elections "prosecutors across the country only found evidence of voter fraud compelling enough to take to court about 200 times" out of hundreds of millions of votes cast in thousands of elections. Out of the 200 cases, most were "insignificant infractions."

The Faith in Elections Project announcement comes at a time when the majority of Americans are more concerned that those who want to vote are able to do so than they are about voter fraud.

June's classes focused on how elections are run and the security of voting machines. July's tutorials have dealt with with campaign finance, the Federal Election Commission, and regulations., and the August sessions will focus on election policy: The Help America Vote Act, The Voting Rights Act, and the National Voter Registration Act, and the Uniformed and Overseas Citizens Absentee Voting Act.

An agenda for the June 21 class obtained by CMD show Caleb J. Hays, Republican general counsel and deputy staff director for the Committee on House Administration, and Gineen Bresso Beach, director of legislative operations for the committee, served as moderators for the roundtable discussion.

Hays told participants by email that "federal government guests today will not be commenting on any issues of policy," but also, "Today's session will be off-the-record, open only to invited guests, and not subject to third-party recording."

The Faith in Elections Project announcement reveals that Ranking Member Davis is traveling throughout the U.S. "to engage in fact finding" and meet with local and state election officials and lawmakers.

The program appears to be intended to generate opposition to the Democrats' For the People Act (H.R. 1) and John Lewis Voting Rights Advancement Act (H.R. 4), which would enhance access to voting and prevent racist election practices.

"President Biden and Vice President Harris can continue to give speeches claiming voter suppression, calling new state laws Jim Crow 2.0, and talking about the need for H.R. 1 and H.R. 4, but when you actually get out and talk to people and local and state election officials, they're not buying it," Davis said in a press release.

The press release for the New York visit also restated the common Republican talking point that "local election officials do not want a federal takeover of elections," but it did not include a quote from any local officials. 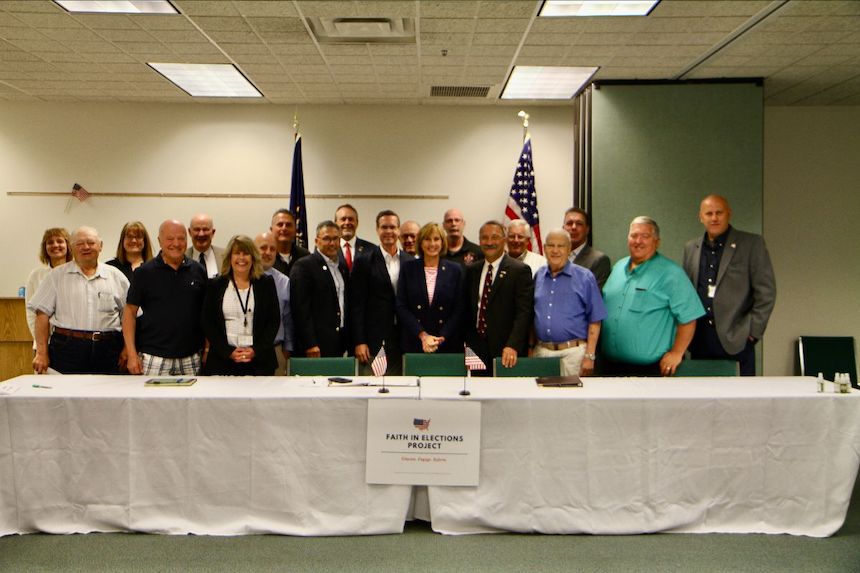 The Faith in Elections Project is the latest effort in a two-and-a-half-year Republican endeavor to use fictitious voter fraud to fight Democratic efforts to improve access to voting, while imposing new restrictions and laying the groundwork for election interference.

In addition to mounting a misinformation campaign to oppose the For the People Act, Republicans claim to have recruited and trained "more than 70 Republican House staffers to serve as official election observers" who were "deployed to 19 districts across the country," put together a "kitchen cabinet" of secretaries of state who advise Davis and committee staff on elections issues, and sent oversight letters to "problematic localities."