Utility Execs Across the U.S. Hit with Criminal Charges in 2020 | PR Watch

Utility Execs Across the U.S. Hit with Criminal Charges in 2020 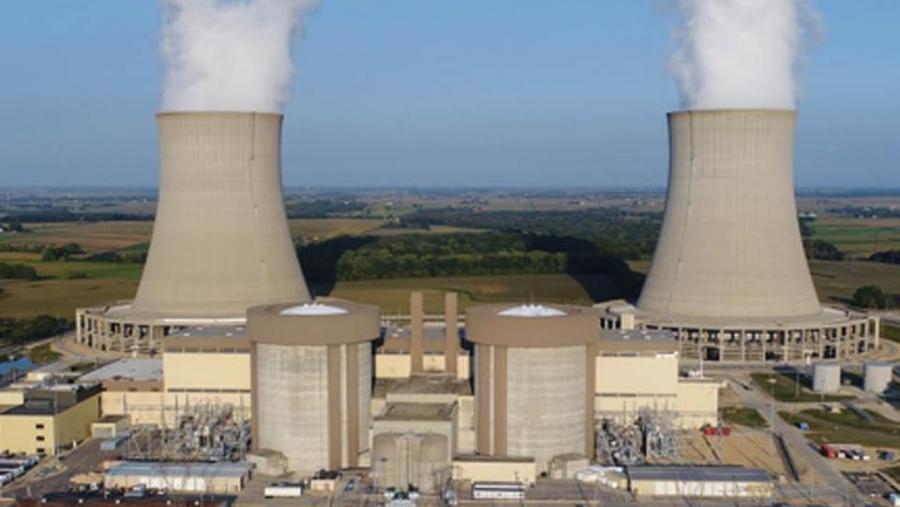 CEOs at two utilities have been implicated in bribery schemes. Politicians have been caught up in multiple scandals. And consumers have paid billions more in utility rates than they would have without the criminal wrongdoing.

As public utilities, these companies are granted considerable advantages by government relative to other industries. In return for receiving a franchise by governments to allow them to operate in an area and use public land, they are heavily regulated by both state public utility commissions and the Federal Energy Regulatory Commission.

It is not uncommon for a utility to be fined for a violation, but it is unusual is for so many executives to also be prosecuted.

Chicago-based Commonwealth Edison (ComEd), an electric utility subsidiary of Exelon, admitted in an agreement with federal prosecutors last July to arranging jobs and contracts for associates of Illinois House Speaker Michael Madigan (D) between 2011 and 2019 in order to influence legislation that laid the groundwork for rate increases. Exelon, the parent company, was not charged.

The utility will have to pay a $200 million criminal penalty for the bribery scheme. ComEd cannot recover the fine for these crimes from its customers and instead will have to pay through its shareholders.

Considered by many the most powerful politician in the state, Speaker Madigan was positioned to influence the passage of at least two state bills, both which affected the rates paid by customers. As a result, a report by the Illinois Public Interest Group estimates that consumers paid 37 percent more for delivery service between 2011 and 2019, or $4.7 billion more than they would have otherwise paid.

Under its deferred prosecution agreement, ComEd admitted that "it arranged for jobs and vendor subcontracts for Public Official A's [Madigan's] political allies and workers even in instances where those people performed little or no work that they were purportedly hired by ComEd to perform."

Separately, the U.S. Department of Justice (DOJ) has filed criminal charges against four individuals. This is unusual, as individuals connected with large companies engaged in wrongdoing seldom get indicted.

"It is unusual for prosecutors to bring charges against corporate executives in the utility sector, or any other industry for that matter," said Philip Mattera, director of the Corporate Research Project, a watchdog group.

"The usual scenario is for the company to settle the matter through a monetary settlement or a non-prosecution agreement in which it promises that the bad behavior will end but no one goes to prison," Mattera said.

DOJ charged the previous CEO of ComEd, Anne Pramagiorre and its executive vice-president with conspiracy to commit bribery and other crimes. Also charged were Michael McClain, the utility’s in-house lobbyist, and Jay Doherty, a contract lobbyist.

Doherty, it has been suggested, may have been the conduit for placing 100 people—all presumably politically connected in some way to Madigan—into ComEd jobs. ComEd paid him more than $3.1 million between 2011 and 2018.

On Dec. 2, 2020, all four pleaded not guilty on the charge of conspiracy to commit bribery and other wrongdoings, including violating the company’s own ethics policy.

Nonetheless, at least 19 House Democrats publicly opposed his reelection as Speaker, and on Jan. 22 Madigan stepped down from the post he held for 40 years.

Madigan has not been charged with any crimes and insists the attempts to bribe him by doing favors for his political friends was never made known to him. "If it had been known to me, it would have been profoundly unwelcome," he said.

The issue for Madigan may not end there. The federal government wiretapped the phone of the lobbyist McClain, according to the Chicago Tribune, and it is suspected that he had numerous calls with the then Speaker.

On Dec. 3, 2020, SCANA Corporation and its subsidiary South Carolina Electric and Gas (SCE&G), settled a lawsuit brought by the U.S. Securities and Exchange Commission (SEC) for defrauding investors about a nuclear power plant that was eventually abandoned.

SCANA (now Dominion Energy) agreed to pay the government a $25 million fine and disgorge $112.5 million in profits back to consumers.

Even with the settlement, South Carolina utility customers will pay $2.3 billion over time to retire the debt created by the failed plan.

Additionally, Santee Cooper, a state-owned utility that partnered with SCANA, will pay $520 million to its 1.7 million electric customers to settle a class action lawsuit brought by its ratepayers.

The two utilities invested $9 billion in a plan to build two nuclear reactors that were ultimately canceled "due to a series of cost miscalculations and corporate buyouts that left one construction company bankrupt and sent shockwaves all the way to Japanese tech giant Toshiba," The Intercept reported.

The "Nukegate" debacle is the largest business failure in South Carolina's history.

The SEC complaint claimed former SCANA CEO Kevin Marsh and Executive Vice President Stephen Byrne lied to investors about the viability of the project in order to qualify the company for more than $1 billion in federal tax credits.

The two executives were also indicted by federal prosecutors for fraud, pleaded guilty, and face up to 36 months in prison.

Another state legislative leader sits at the center of yet another utility scandal, this time in Ohio.

Unusually, most of the business community and environmental groups came together to oppose the bill.

The U.S. DOJ  subsequently indicted Householder and three others, two of which have plead guilty, with conspiracy to commit bribery.

U.S. Attorney David M. DeVillers called the crime "likely the largest bribery, money laundering scheme ever perpetrated against the people of the state of Ohio"

As part of the scheme, Householder helped create and controlled a front group, GenerationNow, which led the campaign to pass House Bill 6.

According to the DOJ, GenerationNow "received millions of dollars in exchange for Householder's and the enterprise's help in passing House Bill 6, a billion-dollar bailout that saved two failing, Ohio nuclear power plants from closing."

"The defendants then also allegedly worked to corruptly ensure that HB 6 went into effect by defeating a ballot initiative to overturn the legislation," the DOJ said. "The Enterprise received approximately $60 million into Generation Now from an energy company [FirstEnergy] and its affiliates during the relevant period."

The Ohio House removed Householder as Speaker in July 2020, but he won reelection to his House seat in November. First Energy has fired its CEO.

In 2020 legislature the legislature looked at repealing House Bill 6, thus eliminating the bailout, but did nothing after months of hearings. The bill will be taken up again in its 2021 session.

Americans for Prosperity (AFP), an astro-turf organization largely funded by Charles Koch, joined other business groups, as well as environmental and consumer groups, in opposing the HB 6 bailout.

As part of a 2019 campaign against the bill, AFP ran digital and radio ads, as well as did phone and text banking.

"Using money to influence politicians and regulators is nothing new," writes Justin Gillis, a former environmental reporter for the New York Times. "But there is reason to be especially alert to it now, because these companies too often are standing in the way of the switch to clean energy that the country so desperately needs."

What is new is that federal prosecutors are not just fining the companies but also pursuing criminal charges against the executives that run those utilities.