“This is Extortion”: Koch Industries Gets Another Tax Break | PR Watch

“This is Extortion”: Koch Industries Gets Another Tax Break 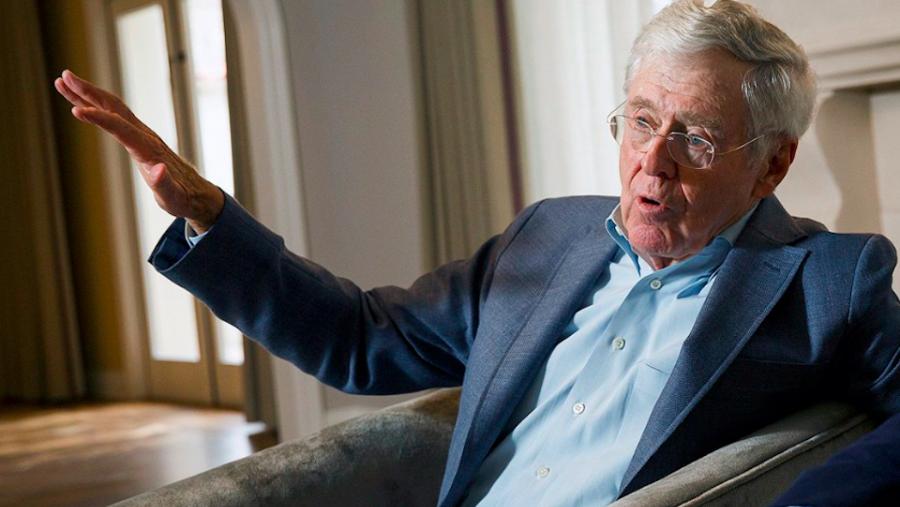 The Toledo, Oregon City Council voted 4-2 on November 6 to give Koch Industries' subsidiary, Georgia-Pacific, a 15-year property tax exemption in return for investment in an existing plant there.

Koch is especially good at extracting subsidies from the most economically vulnerable cities. In 2017 the Center for Media and Democracy (CMD) reported on a $5.2 million tax abatement for a Georgia-Pacific plant in one of the Alabama's poorest cities, Talladega.

Toledo, Oregon has an unemployment rate higher than the national average, and almost one-quarter of its non-working adult households are below the poverty level, making it - like Talladega - a good bet for a tax subsidy.

"This is extortion," Toledo City Councilor Bill Dalbey said. "The only reason any of us want to vote for this is because we think it will have a good effect in ensuring those jobs stay in our town, but they are going to do what they're going to do regardless."

City Councilor Betty Kamikawa worried what the town would get in return. "We could be giving away everything." Kamikawa said. "That's just not a good way to be anymore. It's never worked in the past to the advantage of the citizens, and I don't see it working to our advantage in the future."

Nationally, as reported by CMD, Georgia-Pacific has laid off at least 2,100 workers, and the company closed its Coos Bay, Oregon lumber mill in April, costing 111 jobs.

Koch Says One Thing, Does Another

As a self-proclaimed libertarian, Charles Koch, worth about $50 billion, is against tax breaks - unless they are for his companies. Charles Koch Institute, an educational group and donor to right-wing causes, declares, "When governments provide payments, loans, bailouts, or other benefits to favored businesses, they transfer wealth from taxpayers to politically powerful special interests."

However, the company says it will take tax breaks as long as others get them.

"Koch Industries has consistently opposed and actively lobbied against all forms of corporate welfare, including those we currently benefit from," a company spokesperson wrote. "With that said, we will not put ourselves and our employees at a competitive disadvantage in the current marketplace."

Good Jobs First estimates that Koch and its subsidiaries since have received more than $460 billion in tax subsidies since 1990, with the amount of many tax breaks undisclosed.