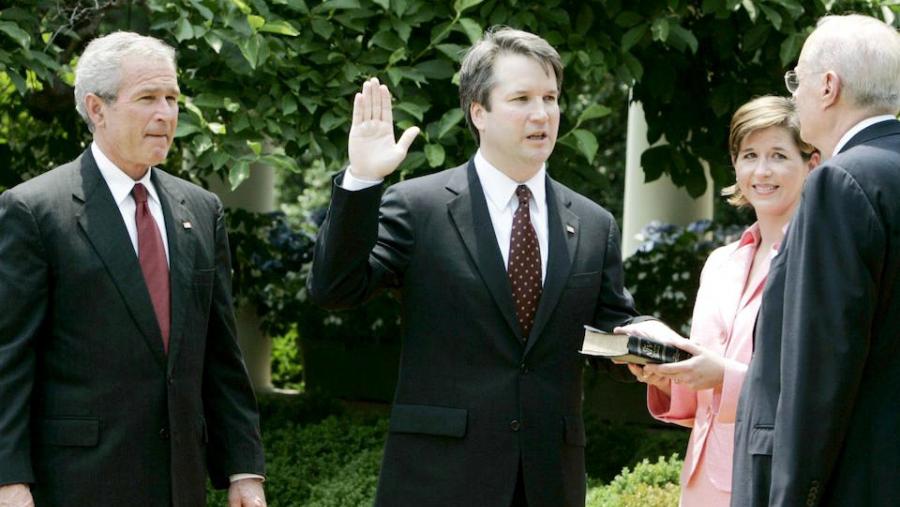 By Arn Pearson and Scott Zimmerman

The Center for Media and Democracy (CMD) has joined a coalition of transparency and human rights groups calling for the release of all records relating to President Trump's nominee for the U.S. Supreme Court, Brett Kavanaugh.

The government watchdogs are deeply disturbed by recent reports that Senate Republicans have negotiated a deal with former President George W. Bush for only partial release of Kavanaugh documents in Bush's presidential library, over the objections of Senate Democrats.

The deal, struck by Judiciary Committee Chairman Chuck Grassley (R-IA) and the Bush library, would only turn over records from Kavanaugh's two years as Senior Associate Counsel in the Bush White House, and not his three years as Staff Secretary and Assistant to the President, and would allow Bush's legal team to select which documents the public will see.

Every day, Republican obstruction of Kavanaugh's record gets worse and worse. Not only is a massively conflicted Republican lawyer, who previously worked for Judge Kavanaugh, cherry-picking what documents the Senate Judiciary Committee can see, he is now telling the Committee what the rest of the Senate and the American public can see--and Republicans are playing along.

The coalition letters, embedded below, echo this concern and object to partisan manipulation of the nomination process to limit the record for evaluating Kavanaugh's nomination. According to the letter to Grassley,

[I]t appears that senators belonging to the majority party are using outside channels to secure preferential access to records and to determine which documents will be released, and therefore have undue influence over both the Senate's and the public's perceptions of the nominee. Minority senators are being denied the right to request documents related to Judge Kavanaugh, while Majority senators appear to have access to documents via former President George W. Bush's personal access to his presidential library. This process gives an unfair advantage to senators supporting Judge Kavanaugh's nomination, at the expense of a fully transparent process that allows for full disclosure and scrutiny by all voting lawmakers.

The coalition's letter to Bush calls on him to "refrain from continuing selective negotiations with senators for records, and instead ensure that all requests for documents in your possession and in your presidential library related to Judge Kavanaugh's tenure at the White House are fulfilled, and do your part to provide full transparency and protect the integrity of the nomination process."

The coalition letters, organized by Open the Government, come on the heels of similar letters from Schumer and Judiciary Committee Democrats. Kavanaugh's role in President Bush's controversial torture policy and treatment of War on Terror detainees will likely be a heated issue in his confirmation process.

Good. brett is an enemy of the people & MUST be treated as such. He has NO BUSINESS on any bench. NONE. He deserves to be treated with scorn, contempt, and ridicule.