Arn brings more than three decades of experience in community organizing, strategic litigation, and nonprofit management to the position. Before coming to CMD, Arn worked at the national watchdog group Common Cause as an expert on public financing of elections, Vice President for Programs, and ultimately Vice President for Policy and Litigation, where he developed federal and state policy and legal strategies around campaign finance reform, government ethics, and corporate accountability. Arn also served as the executive director of the Maine Citizen Leadership Fund from 1996 to 2006, where he oversaw the successful legal defense and implementation of the Maine Clean Election Act and other innovative policy reforms.

Arn has worked on numerous investigations into corporate influence since joining CMD’s staff in 2015, and has expanded CMD’s use of litigation to get sensitive documents that people in power don’t want the public to see, and to file regulatory complaints when we find violations of law. He also serves as a senior fellow at People for the American Way, focusing on corruption in the Trump Administration and efforts to reduce the influence of big money in politics. His expertise has been drawn upon by many news organizations, including the New York Times, NBC, Politico, and state and local outlets across the country. Arn earned his undergraduate degree in government at Cornell University and a JD at Georgetown Law. 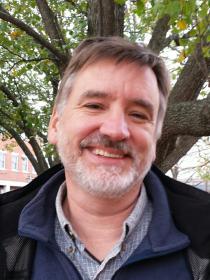