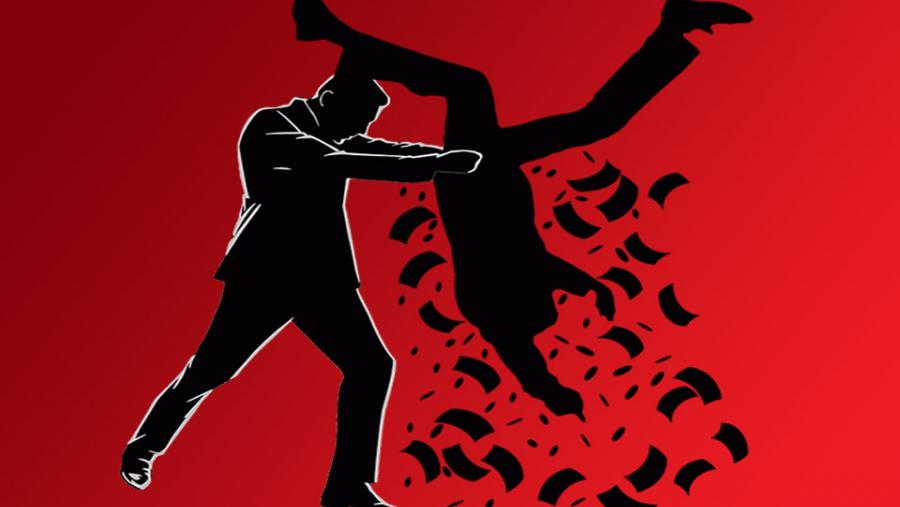 WASHINGTON, DC -- A new report finds that many large corporations operating in the United States have boosted their profits by forcing employees to work off the clock, cheating them out of required overtime pay and engaging in similar practices that together are known as wage theft.

The detailed analysis of federal and state court records shows that these corporations have paid out billions of dollars to resolve wage theft lawsuits brought by workers. Walmart, which has long been associated with such practices, has paid the most, but the list of the most-penalized employers also includes Bank of America, Wells Fargo and other large banks and insurance companies as well as major technology and healthcare corporations. Many of the large corporations are repeat offenders, and 450 firms have each paid out $1 million or more in settlements and/or judgments.

These are among the findings in Grand Theft Paycheck: The Large Corporations Shortchanging Their Workers' Wages published today by the Corporate Research Project of Good Jobs First and Jobs With Justice Education Fund. It is available at www.goodjobsfirst.org/wagetheft.

"Our findings make it clear that wage theft goes far beyond sweatshops, fast-food outlets and retailers. It is built into the business model of a substantial portion of Corporate America," said Good Jobs First Research Director Philip Mattera, the lead author of the report.

The report summarizes a year-long compilation and analysis of 1,200 successful wage theft litigation cases brought against large companies that have been resolved since the beginning of 2000. These cases, in which employers have paid out a total of $8.8 billion, involve occupations ranging from cashiers and security guards to financial advisors and pharmaceutical sales representatives. The same group of companies paid another $400 million in penalties to the U.S. Department of Labor's Wage and Hour Division during that period. Three-quarters of the $9.2 billion in overall penalties came from the giant companies included in the Fortune 500, the Fortune Global 500 and the Forbes list of the largest privately held firms.

Among the dozen most-penalized corporations, Walmart, with $1.4 billion in total wage theft settlements and fines, is the only retailer. Second is FedEx with $502 million. Half of the top dozen are banks and insurance companies, including Bank of America ($381 million); Wells Fargo ($205 million); JPMorgan Chase ($160 million); and State Farm Insurance ($140 million).

"At Wells Fargo, aggressive sales quotas based on exploiting vulnerable customers forced me into 12-hour shifts with no breaks and no food allowed -- and threats to withhold my paycheck if I didn't sign off on working extra hours for free," says Kilian Colin, who worked for the bank between 2013 and 2016 in southern California.

More than 100 companies have paid penalties in three or more collective action lawsuits. Bank of America and its subsidiaries did so more than two dozen times.

The totals and rankings are based on penalties that were publicly disclosed, though the report documents 127 additional cases involving 89 large companies that petitioned courts to keep the details of their wage theft settlements confidential. AT&T, Home Depot, Verizon Communications, Comcast, Lowe's and Best Buy each had multiple sealed settlements.

Half of the private lawsuits documented in the report came from a single state: California, which has a rigorous labor code that can be enforced either in state court or in combination with federal rules in U.S. courts.

"While wage theft is pervasive, it is also preventable," said Jobs With Justice Education Fund Senior Policy Analyst Adam Shah, who contributed a chapter on policy recommendations for the report. "We see increased urgency for policymakers to step up with solutions because the U.S. Supreme Court recently made it harder to bring collective action lawsuits to stop wage theft and the Trump Administration may weaken federal enforcement. California provides a model for other states to emulate to ensure that working people have access to courts to hold cheating bosses accountable and that agencies have resources they need to enforce the laws."

Many companies accused of wage theft are highly profitable. Among the dozen most- penalized corporations, all but two had an annual net income of more than $2 billion in their most recent fiscal year. AT&T, JPMorgan Chase and Wells Fargo each had more than $20 billion in profits. These companies pay their chief executives generous salaries, bonuses and perks. CEOs at AT&T, Bank of America, JPMorgan Chase and Walmart each receive annual compensation of more than $20 million.

Along with more than 300,000 other regulatory penalties, the data used in the report can be viewed and downloaded from ViolationTracker.org, the nation's first comprehensive database on corporate misconduct.

Good Jobs First, based in Washington, DC, is a non-profit, non-partisan resource center promoting accountability in economic development. Its Corporate Research Project provides research resources for organizations and individuals concerned about all forms of corporate accountability.

Jobs With Justice Education Fund is a national network expanding people's ability to come together to improve their workplaces, their communities, and their lives. We create solutions to the problems working people face by leading campaigns, changing the conversation and moving labor, community, student and faith voices to action.

A recent U.S. Supreme Court decision will make it harder for workers to sue their employers for wage theft. Please see Mary Bottari's article on this case, EPIC Fail: Supreme Court Turns Back the Clock to Strip Workers of Power.