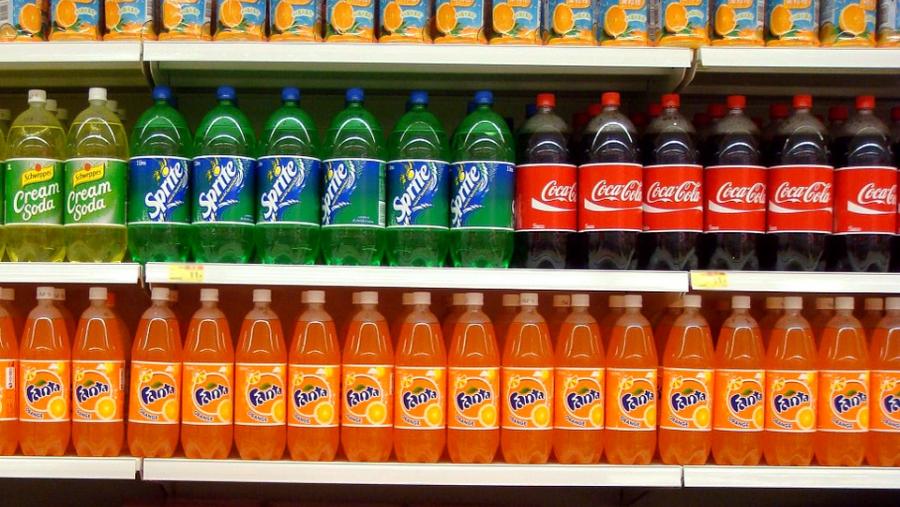 You wouldn't watch your kid gobble up nine teaspoons of sugar a day would you? Well that is what she is getting if she is downing a can of Coke each day. And that is not all she is getting. One study found that consuming just one to two sugary drinks a day increases your risk of developing diabetes by a whopping 26 percent. Men who average one can a day, raise their risk for heart attack by 20 percent.

New statistics like these are prompting the public health community to back soda taxes as a policy tool to reduce consumption. But as local soda tax campaigns are bubbling up in cities across the nation, the beverage industry is working quash this expression of local democracy.

On January 1, 2017, Philadelphia became the largest American city to implement a soda tax on sugary beverages.

"We know that sugary drinks are the leading source of added sugar in American diets contributing to Type II diabetes, obesity and heart disease," said David Greineder of the American Heart Association. "We need to support policies that reduce the consumption of these drinks across the board."

That is exactly what is happening in Philadelphia.

Researchers at Drexel University surveyed consumers before and after the implementation of the tax and concluded that "within the first 2 months of tax implementation, relative to the comparison cities, in Philadelphia the odds of daily consumption of regular soda was 40% lower; energy drink was 64% lower; bottled water was 58% higher; and the 30-day regular soda consumption frequency was 38% lower."

Mayor Jim Kenney's office points out that the tax is working exactly as promised to do other great things for the city. "The beverage tax has raised nearly $80 million in its first year. It has already allowed us to send 2,000 children to Pre-K each year, created 250 living wage jobs in early education, and supported 11 community schools," said Kenney spokesman Mike Dunn. Community schools connect residents with food, clothing, summer jobs, and employment training.

Every argument put up by industry is getting knocked down by the facts. Industry says they are losing jobs, but unemployment is down in sectors related to the tax and wage tax revenue is up. Industry complains that people are leaving the state to shop, but the Drexel study indicates that consumers may just be drinking more water. Coke, with its Dasani branded water, and Pepsi, with the Aquafina brand, should be pleased as punch.

But on April 9th, a bill was introduced in Harrisburg that would retroactively roll back Philly's tax and ban other localities in Pennsylvania from pursuing the same course. The bill, HB 2241, was introduced by Rep. Mark Mustio, the Allegheny County Republican leading House Republican campaign fundraising efforts. As CMD has reported, the beverage industry is not shy about bankrolling its friends come election time.

Not surprisingly, folks in Philly aren't reacting well to this heavy-handed move.

"The beverage industry lost the fight in Philadelphia so they have turned to the state legislature to fight a battle they could not win on its merits. They decided to try to completely change the rules of the game by going behind the backs of local communities to strip municipalities of their right to govern. Philadelphia found a local solution to improve health and fund much-needed programs; Harrisburg should not take that away," said Sanul Corrielus, a cardiologist in Philadelphia.

"State politicians like Rep. Mustio like to complain about government overreach, but it is he who is overreaching by trying to overturn a local government decision clear across the state," said Kevin Feeley, spokesman for Philadelphians for a Fair Future, a diverse coalition of community groups backing the tax.

The Mustio bill is the third such measure introduced in the past six months. Arizona Governor Doug Ducey and Governor Rick Snyder in Michigan recently signed similar bills. In Washington State, the soda industry is going a step further. After Seattle implemented a soda tax, they started a statewide ballot initiative campaign that would prevent other cities in the state from implementing a similar tax.

What is going on here?

The American Beverage Association is a 501(c)(6) trade association and a $79 million lobbying powerhouse bankrolled by the largest players in the soft drink industry. Coke brands, including Fanta, Sprite, Fresca, Dasani, Honest Tea, and Minute Maid, represent a $32 billion market. PepsiCo brands, including Gatorade, 7Up, Tropicana, and Mountain Dew, represent an $18 billion market.

In city after city, the ABA has fought grassroots campaigners seeking to implement a soda tax with front groups, big-dollar PR campaigns and TV ad buys that spin the tax as a burden on working families. You don't see the CEOs of Coke and Pepsi making the case against a soda tax. Instead, you see an African American woman in Chicago telling the camera, "We're being taxed out of Cook County. I'm a single mom. I can't afford this tax," or a small business owner in Philly saying, "We try to offer the best food at the best price… [but] with that tax the working man can't afford it anymore." The ABA name shields the brand-name companies from accountability and culpability.

The ABA has won some of these battles, rolling back a soda tax in Chicago and defeating one in Santa Fe, but it has lost more soda tax campaigns than it has won, so it is shifting the battleground to state legislatures.

In doing so, it is following a timeworn path utilized by other industries that are hazardous to public health.

Following in the Footsteps of Big Tobacco

Cities and counties have long played a valuable role as "laboratories of democracy" for important public policy innovations, including public health policies. When health data reveled that secondhand smoke increased a person's risk of heart attack or stroke by 20-30 percent in the 1980s, U.S. cities started to create "smoke free" work environments to protect workers in restaurants, bars, and theatres.

These public health measures prompted an ugly industry backlash. In state after state, bills to ban local smoke-free zones were introduced to ban or "preempt" local ordinances. "We could never win at the local level... So the Tobacco Institute and tobacco companies' first priority has always been to preempt the field," said a tobacco lobbyist.

Today, twelve states preempt local smoke-free ordinances, according to Grassroots Change. The ABA is faced with similarly alarming public health data and it is borrowing from the tobacco playbook -- using their lobbying power in state houses to crush local democracy.

"At its core, this issue is about state government undermining a local decision by usurping and subjugating the rights and responsibilities of a local government. To call this ill-advised tactic unpopular is an understatement," said Donna Cooper, Executive Director, Public Citizens for Children and Youth, a child advocacy organization that backed the tax in Philly.