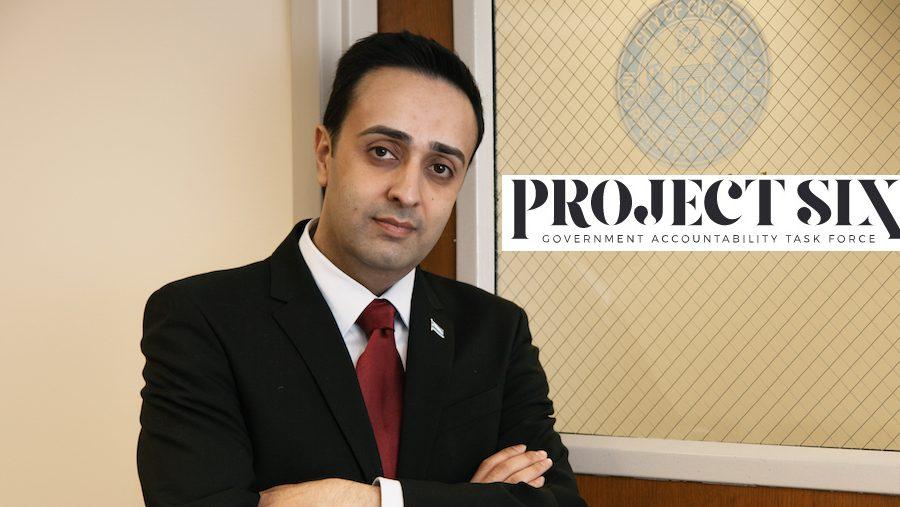 A recent Internal Revenue Service (IRS) filing from the Illinois Policy Institute (IPI) shows that Project Six, a self-described “independent nonprofit organization dedicated to investigating, exposing and ending government corruption in Chicago and across Illinois,” is in actuality an arm of the right-wing think tank that has been allied with Republican Governor Bruce Rauner in many high-profile fights.

In June 2016, Faisal Khan, CEO and president of Project Six, refused to tell the Chicago Tribune who was funding his new start up. Khan is a former Legislative Inspector General in Chicago.

“We protect the privacy of our donors to prevent anyone from being targeted, harassed or retaliated against by the system that we will be fighting to reform,” said Nathaniel Hamilton, the director of Marketing and Communications for Project Six.

Now it is clear why Project Six wants to hide its donors.

When IPI was asked about the nature of its relationship with Project Six back in June of 2016, Diana Rickert, IPI’s Vice President of Communications told “Chicago Tonight,”

“When Faisal stopped working for the city, we connected and explored whether an investigative unit would fit in the Institute’s portfolio of work. After exploring, we all agreed it was a good thing but not a good fit for the Institute and Faisal pursued the idea independently. We were happy to let Faisal use some open office space while he waited for the lease at his new building to kick in. But to say they were initiated by and are affiliated with is incorrect.”

IPI and its right-wing news network has been criticized for churning out “pro-Rauner propaganda” so it may have hidden its support of Project Six to make the new group seem less partisan.

IPI is the state affiliate of the State Policy Network, a web of right-wing “think tanks” and tax-exempt organizations in 49 states, Puerto Rico, Washington, D.C., Canada, and the United Kingdom. Major funders of IPI include a number of billionaire right-wing funders, including Ed Uihlein, the Mercers, and the Koch brothers.

In 2012, IPI created the Illinois News Network, which acquired the Illinois Radio network in 2016. With these two media networks, IPI has extended its media footprint into 60 print, digital and broadcast news outlets across the state.

In April of last year, the Franklin Center for Government and Public Integrity, a right-wing media organization focused on building news bureaus in state capitals across the nation, announced that Illinois News Network’s publisher and General Manager Chris Krug will be its new President. (CMD reported on this here.) A 2016 IRS filing from the Franklin Center confirms that it shares the same office as Illinois News Network and IPI.

Project Six frequently cross posts its articles on the Illinois News Network and did so as recently as December 13, 2017. Illinois residents can expect to see more Project Six reports in IPI media outlets as long as IPI continues to provide it with over 98% of its revenue.

Khan told the Chicago Sun Times in an article published today that “Project Six had ‘no political or ideological bent,’ and he pledged to keep publishing reports of wrongdoing no matter the origin.”