The Other Special Prosecutor We Need | PR Watch

The Other Special Prosecutor We Need 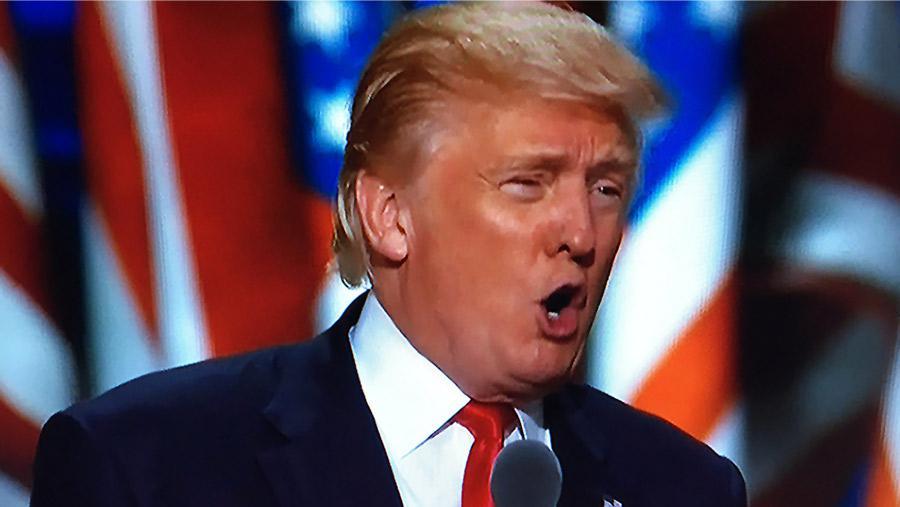 Let's face it, Trump and his close associates have turned their backs on ethical norms and the anti-corruption protections written into the US Constitution and federal law in a way we haven't seen in modern times.

The list of unethical and illegal behavior by President Trump & Co. is long and getting longer. Honestly, it's hard to know where to begin.

The first big red flag came nine days before Trump had even been sworn into office. Trump and his lawyer, Sheri Dillon, stepped up to the mic at a press conference and announced that Trump was not covered by federal ethics laws, would not be releasing his tax returns and would not place his massive business holding in a blind trust--shattering 40-plus years of ethics and transparency practices.

Instead of divesting from his international real estate holdings and ventures, Trump turned the day-to-day operations over to his sons Don and Eric.

Bottom line? Trump gets to keep racking up the profits--and the conflicts--while serving as president, and then step right back into the business the day after he leaves the White House.

In spite of this, Trump moved quickly to bolster his efforts to have the public blindly trust him.

"Over the weekend, I was offered $2 billion to do a deal in Dubai with a very, very, very amazing man," Trump announced at the same presser. "And I turned it down. I didn't have to turn it down, because as you know, I have a no-conflict situation because I'm president, which is … a nice thing to have."

It was a nice try, but ethical and legal dilemmas created by Trump's decision have cropped up on a regular basis ever since:

But the conflicts of interest don't stop at the door of the Oval Office; they permeate Trump's White House. For example:

Just this week, news broke--while Trump and his family were in Saudi Arabia for an official visit--that the Saudis and the United Arab Emirates will donate $100 million to Ivanka Trump's charity for women entrepreneurs, and that Jared Kushner will not divest himself of 90 percent of his real estate assets, held by a myriad of shell companies that make monitoring conflicts nearly impossible.

And what about that "very, very, very amazing" Dubai developer Trump mentioned at his January press conference? Trump may not have taken that mysterious $2 billion deal, but the founder and chairman of Damac Properties--who has paid Trump millions for two luxury golf resort licensing deals--is a very happy man. "Since the election of Donald Trump," Jussain Sajwani said, "[our] brand name has got better publicity and become stronger."

So far, Trump and his family and friends have been allowed to enjoy the personal profits of their government service with impunity, and it would appear that Attorney General Jeff Sessions has no appetite or inclination to do anything about it.

The same grounds for Sessions' recusal from Russiagate (which he brazenly ignored) and the appointment of Mueller as special counsel apply to how DOJ handles political profiteering in the White House. As a close friend and key adviser to Trump, Sessions must recuse himself from all legal investigations involving the president and his inner circle under the Department of Justice's own rules.

Sessions' personal and political relationship with the president is well established at this point, and it is clear that an indictment of a member of the president's family, a close adviser or even a Cabinet-level appointee would have a significant adverse impact on the president's public image, political fortunes and ability to conduct government business.

But that's something that people are going to have to demand loudly and clearly; Sessions is not likely to recuse himself without a fight.

During his confirmation hearing, Sessions was asked repeatedly if he would recuse himself from a host of thorny legal issues surrounding Trump, his conflicts of interest and the Emoluments Clause. In each instance, he demurred, claiming: "I am not aware of a basis to recuse myself from such matters."

Congress should insist on the appointment of another special counsel to handle a whole host of White House corruption issues. American democracy is too precious to be cheapened by those who cannot--and will not--separate their personal fortunes from the fortunes of the nation.

This article was first published on Moyers & Company by Arn Pearson in his capacity as a senior fellow for People For the American Way.