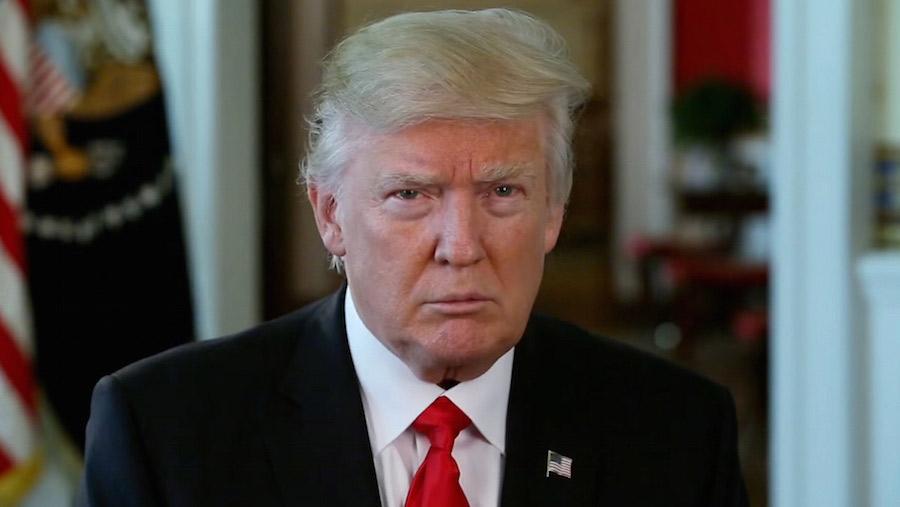 Trump Turns His Back on American Principles of Anti-Corruption

As a candidate, Donald Trump promised to "drain the swamp" of corruption in Washington, D.C., "make our government honest again," and "put America first," while deriding his opponents for being in the pockets of their billionaire backers.

"Little Marco Rubio, the lightweight no show Senator from Florida, is set to be the ‘puppet' of the special interest Koch brothers. WATCH!," Trump tweeted in February 2016. And he slammed Senator Ted Cruz as a "hypocrite" for hauling in $11 million from the Mercer family, while denouncing super PACs as "very corrupt."

On election night, Trump credited his victory to a "movement" of Americans "who want and expect our government to serve the people," and declared "serve the people it will."

What a difference 100 days makes.

Contrary to his campaign promises, Trump has flouted the most basic anti-corruption principles embedded in our Constitution and woven into the fabric of our democracy. He has thrown open the floodgates to personal financial gain and corporate special interests alike, and invited the alligators in to run the government.

America is witnessing the most corrupt presidency in its modern history.

The fight against corruption played a central role in shaping our Constitution and vision of a government of, for, and by the people. The American Revolution was, in significant part, a rebellion against the corruption rife in the colonies under King George III—a man of "narrow intellect" who doled out wealth, power, and favor to his followers and persecuted his enemies.

Zephyr Teachout gives a compelling history of this national impulse in her recent book, Corruption in America. In describing the Constitutional Convention, Alexander Hamilton wrote, "Nothing was more to be desired that that every practicable obstacle should be opposed to cabal, intrigue, and corruption." In fact, the framers debated concerns about corruption and influence more than factions and violence.

Our nation's founders recognized the inherent siren call of self-interest, and did everything they could to insulate the government against it. "If angels were to govern men, neither external nor internal controls on government would be necessary," James Madison wrote.

That not being the case, the Constitution's drafters wrote in multiple layers of proactive protections against the abuse of public power for private gain, ranging from a prohibition on gifts or favors of any kind from foreign governments or states (the "Emoluments" clauses), to carefully structured elections, accounting requirements, and our elaborate systems of checks and balances.

After numerous scams and scandals—from Teapot Dome to Watergate—our nation has refined that original anti-corruption impulse through a series of transparency and ethics laws designed to prevent the misuse of power. "Corruption cannot be made to vanish," Teachout writes, "but its power can be subdued with the right combination of culture and political rules."

President Trump, alas, has turned his back on that tradition, ignoring the most basic constitutional protections and ethical norms.

Trump is the first president since Nixon to refuse to disclose his income tax returns, and has made secret the White House visitor logs. He has refused to divest himself from his international business empire, leaving the door wide open to foreign influence and personal enrichment. He has installed his family in the White House, while he and his surrogates shamelessly promote the family's brands and businesses. And he has filled his administration with industry moguls, lawyers, and consultants who oppose the very missions of the agencies they lead and the laws they are supposed to enforce—many of whom have spent years fighting against reasonable regulations in order to enhance their power and wealth.

As a result, Trump's first 100 days have been rife with public angst about conflicts of interest, foreign influence, and self-dealing in the White House—precisely the type of corruption our founding fathers labored to prevent.

Rather than place his business interests in a blind trust, Trump has asked the public to turn a blind eye.

There are so many examples of corruption to choose from in this new Trumpian dystopia.

"I'm working for you now—I'm not working for Trump," candidate Trump told his supporters. "I will deliver for you like no politician has ever delivered, believe me."

But as the Congressional investigations into Russian influence in Trump's inner circle slowly get underway, and the ethics lawsuits against Trump start to pile up, one can't help but have the sickening feeling that everything in Trump's America is up for sale—including the national interest and the sanctity of our elections. Indeed, Trump shows more affinity for foreign kleptocrats like Vladimir Putin than he does for the fundamental values that lie at the heart of American democracy.

When asked after the Constitutional Convention what form of government came out of it, Benjamin Franklin famously replied, "A republic, madame, if you can keep it." Clearly, we have a fight on our hands to do just that.

This article was first published in Huffington Post by Arn Pearson in his capacity as a senior fellow for People For the American Way.