Sessions Lied Under Oath and Must Resign | PR Watch

Sessions Lied Under Oath and Must Resign 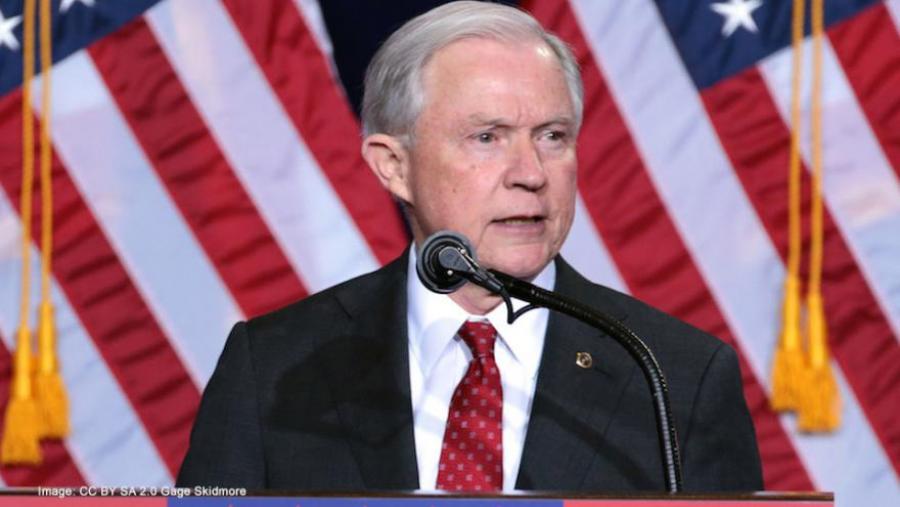 Yesterday’s bombshell revelation from the Washington Post that Attorney General Jeff Sessions met with Russia’s ambassador to the United States, Sergey Kislyak, twice last year – after testifying under the oath to the contrary – has sparked calls for his resignation.

During his confirmation hearing, Sessions told the Senate Judiciary Committee that he was unaware of any communications between anyone affiliated with the Trump campaign and the Russian government during the 2016 campaign. Acknowledging that many considered him to be a campaign surrogate, he made the blanket statement that “I did not have communications with the Russians.”

In written follow-up questions, Senator Leahy asked if Sessions had “been in contact with anyone connected to any part of the Russian government about the 2016 election, either before or after election day.” “No,” Sessions replied.

Sessions was even asked in writing by Senator Feinstein specifically about revelations that Retired Army General Michael Flynn – soon to be Trump’s National Security Advisor – had met with Ambassador Kislyak. Sessions said he had not spoken to Trump or anyone on the transition team about it, and said, “I am not aware of a basis to recuse myself” from any FBI or Department of Justice investigations into the matter.

Clearly the Senate was interested in communications with Kislyak, but at no point did Sessions volunteer that he too had meetings with the Russian ambassador, even if not about the elections.

Sessions repeatedly claimed he had not read the intelligence community’s report on Russian interference with the 2016 elections and, in response to written questions from Senator Leahy, wouldn’t even comment about whether such interference would be considered illegal or a threat to our democratic process. “I have not reviewed the matter in any detail, therefore, I am not in a position to opine on it,” Sessions replied.

When asked by Senators Blumenthal, Whitehouse and Durbin in writing whether he would recuse himself from any investigations into Russian interference in the 2016 elections and possible involvement of Trump campaign staff or advisors, Sessions replied, “I am not aware of a basis to recuse myself from such investigations.” “However,” Sessions added, “if a specific matter arose where I believed my impartiality might reasonably be questioned, I would consult with Department ethics officials regarding the most appropriate way to proceed.”

That specific matter has now arisen.

Not only is Sessions’ impartiality being questioned, his honesty to Congress and the American people has been thrown into doubt. Sessions must not only recuse himself from future investigations into the Russian influence scandal, he must resign.

Lying under oath and intentionally making a false and misleading statement to Congress are crimes under federal law. In 1999, Sessions voted to convict President Clinton of perjury in the Monica Lewinsky scandal, having earlier said that, “I have no doubt perjury qualifies under the Constitution as a high crime.”

Whether or not Sessions did in fact commit perjury is a matter for Congress and the judicial process to decide, but there is certainly sufficient cause for investigation. What is not in doubt is that he seriously misled the Senate Judiciary Committee.

Sessions’ explanation doesn’t hold much water. The Washington Post contacted all 26 members of the Armed Services Committee, and of the 20 who responded, every single one, including the Republican Chair, Senator McCain, stated they did not meet with Kislyak in 2016.  And Sessions’ meetings with the Russian Ambassador came in the heat of the presidential campaign: first in July – the same month Sessions formally nominated Trump for president at the Republican National Convention; and then again in September – when concerns about Russian hacking dominated the news.

It is hard to imagine how Sessions could think those meetings were not worth mentioning during his confirmation hearing.

Russian interference wasn’t the only controversial ethics issue Sessions dodged during his confirmation process. Sessions pleaded ignorance about grounds for his recusal more than a dozen times, on everything from conflicts of interest plaguing the President and his family, to constitutional concerns over possible foreign bribes, potential Trump family insider trading violations, and the undue influence of major political donors.

If he lied about his contacts with the Russian government, why should we believe him about anything else?

Sessions’ credibility is shot as the nation’s top law enforcement officer, and he should step aside.

This article was first published by USA Today, and was written by Arn Pearson in his capacity as Senior Fellow at People for the American Way.