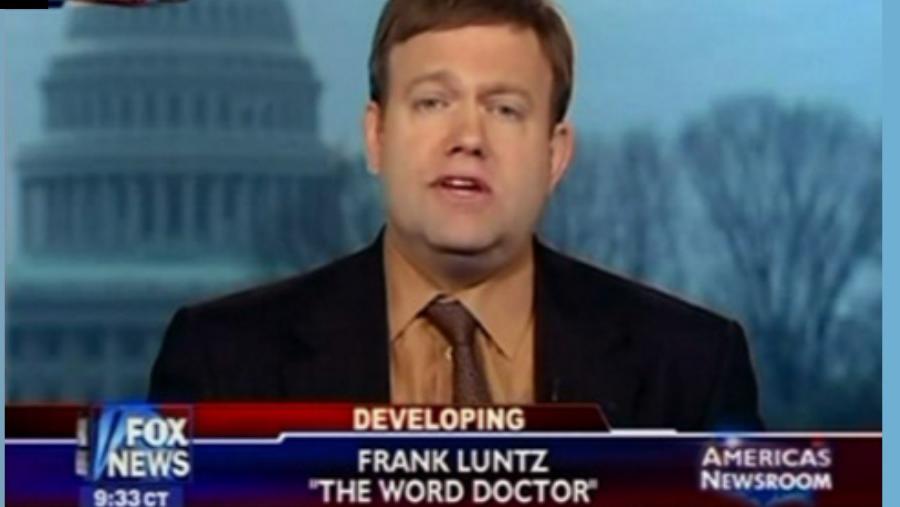 In the video, pollsters with LuntzGlobal, the survey research firm of noted GOP pollster Frank Luntz, coach lobbyists from state and local Chambers on how to thwart the "empathy" that Chamber members feel for their employees in order to advance an anti-worker agenda aligned with the Koch Brothers and other corporate interests.

"This webinar reveals just how deeply corporate interests and their lobbyists are influencing the priorities of state Chambers of Commerce, even when that agenda contradicts the opinions of their local business members," said Lisa Graves, executive director of the Center for Media and Democracy, a national watchdog organization that monitors the hidden influence of corporate interests in politics. "Rather than listening to its members and crafting a policy agenda that reflects their priorities, Chamber lobbyists pick their policy positions behind closed doors and then figure out how to convince their members to fall in line."

"It's a warped, undemocratic process, and the Chambers should be held accountable for their claims to the public, press, and elected officials that businesses oppose raising the minimum wage, paid sick leave, increased family and medical leave and other common sense policies, when in fact substantial majorities of business executives actually support these public policies," she added.

During the hour-long webinar, which was hosted by the Council of State Chambers in February 2016, LuntzGlobal consultants present the results of an internal survey of 1,000 C-suite executives who are either current or prospective Chamber members. The poll finds that – contrary to the Chamber's lobbying agenda – 80 percent of current or prospective Chamber members support raising the minimum wage, 73 percent support paid sick days, 78 percent support predictive scheduling policies, 72 percent support increased maternity leave time, and 82 percent support increased paternity leave time, among other policies.

In the webinar, a LuntzGlobal consultant asks about the poll findings: "So what do these results all have in common? Well quite frankly, they're all empathetic." In response, the consultants advise Council of State Chamber lobbyists on messaging and strategies to help their members get over their empathy and to undermine and change their members' views: "So what we'll try to do is actually give you a few helpful hints on how to actually combat these [workplace reform efforts and their popularity among business leaders] in your states…"

"With their internal polls showing that business owners and executives support raising the minimum wage by an overwhelming 80-to-8 percent, it's unconscionable that the U.S. Chamber and state chambers continue to fight the wage increases that America's workers and our economy need," said Christine Owens, executive director of the National Employment Law Project.

In state and cities where these policies have been debated, the local Chamber is almost always in the frontlines of the local opposition, working with other local affiliates of the National Restaurant Association, the American Hotel & Lodging Association, and other corporate trade groups to slow or stop the advances of these policies.

"Paid sick days, paid family and medical leave, fair scheduling and a higher minimum wage are critically important to the health and well-being of workers, their families and the businesses that employ them," said Debra L. Ness, president of the National Partnership for Women & Families, which has pioneered this country's leave policies. "We have known for years what this research confirms: that an overwhelming share of business leaders support paid sick days, paid leave and other family friendly policies. It's long past time for the knee-jerk opposition, and baseless sky-is-falling claims, from organized business interests to end. We should be working together to adopt the advances that benefit everyone, not having pitched battles every time we try to advance a paid sick days or paid leave law or raise the minimum wage."

Carrie Gleason, Director of the Fair Workweek Initiative at the Center for Popular Democracy, added: "For years we have known companies support scheduling policies that let working families thrive because they're good for everyone -- workers, business and the economy. It's clear that the Chamber acts against the interests of its own members when it lobbies against policies their members clearly support, as shown by the 70% backing for predictive scheduling. That's why policymakers this year have acted swiftly to guarantee new baseline standards for today's workweek, and we hope this news encourages even more employers to come out in support of hours that work for all."

The Council on State Chambers, which is staffed by the lobbying firm MultiState Associates, Inc., has doubled-down on political engagement in cities and states across the country: In 2012, COSC established a "State Chamber Policy Center" to disseminate reports on issues and legislative proposals and to manage a network of state Chamber government affairs staff, policy experts, and communications staff.

"I'm not surprised that Luntz's poll showed strong business support for increasing the minimum wage," said Jon Cooper, President and Co-Owner, Spectronics Corporation in Westbury, NY. "Raising the minimum wage will boost the economy and it encourages better business practices. Companies that invest in their workforce have more motivated, more productive employees who make fewer mistakes that cost time and money. When the minimum wage is so low that even full-time workers need public assistance to get by, it weakens consumer demand and hurts our economy."

The U.S. Chamber has lobbied on Capitol Hill and in statehouses across the country to block federal, state and local minimum wage increases, and has been active in states like Arizona, Alabama, Maine, Minnesota, Missouri, Michigan and Wisconsin to preempt local minimum wage ordinances. It has lobbied against paid sick days in many states, including California, Connecticut, Colorado (Denver) , Florida, Maryland, New Jersey and New Mexico.

The U.S. Chamber has close ties to some of the largest multinational corporations in the world, including Koch Industries, whose leaders, Charles and David Koch, have funded an array of groups that actively oppose policies like increasing the minimum wage. The Koch brothers' group Freedom Partners has donated millions to the Chamber of Commerce in recent years. In January, the Council of State Chambers held a session for state lobbyists on "Policy and Politics in 2016," where Marc Short, then-President of Freedom Partners, was a designated speaker.

The LuntzGlobal survey reflects a national sample of business owners and executives who are registered voters and who are members of the local, state, or U.S. Chamber of Commerce or match the profile of executives that the chambers would want to attract. In all, 73% were CEOs or owners; more than half (59%) had revenues of between $50 million and $500 million; 39% had fewer than 100 employees while another 41% had 100-499 employees. The results included 250 responses per region (East, Midwest, South, West), with results weighted among all states in each region.

The Center for Media and Democracy has previously released key whistleblower documents exposing the dark lobbying efforts of groups including the America Legislative Exchange Council (ALEC) and other corporate interests. CMD publishes PRWatch.org, ALECexposed.org, SourceWatch.org and other sites.

I just wonder why if over 80% of ceo's believe minimum wage should be raised, why do they just not give their employees a raise. This would mean the remaining 20% would have to also raise their wage to keep from losing employees. Why does there need to be a law for it? The fact is, in a survey those business owners feel one way and a different way when it comes to putting their money where their mouth is. Just like everything, people can day they support higher taxes to pay for college, but in 15 years when they make a lot of money and actually have to pay the bill, their tone changes
Since when does the Chamber of Commerce tell corporations what to do, let alone CEOs? Not buying this at all. They are one and the same. If they want to cause a revolution, keep it up.
CFR warned of this several years ago, one can only push people so far and they will bite your hand!
My husband and I ran a small business several years ago. We were approached by the Chamber and NFIB for support in their lobbying efforts to "help" small businesses. The help consisted of blocking any worker benefits. We told them that we wanted our employees to have health care and retirement plans. And we provided it to them. However, the Rep turned pale when he heard that and realized we wouldn't support their efforts. What could cause other businesses to join them though is the promise that they are lobbying for other issues that could help small businesses.
Dear Gayle: Thank you for writing in. I would love to connect with you directly about your experience with NFIB. Could you please contact me by email via editor AT prwatch.org? Lisa