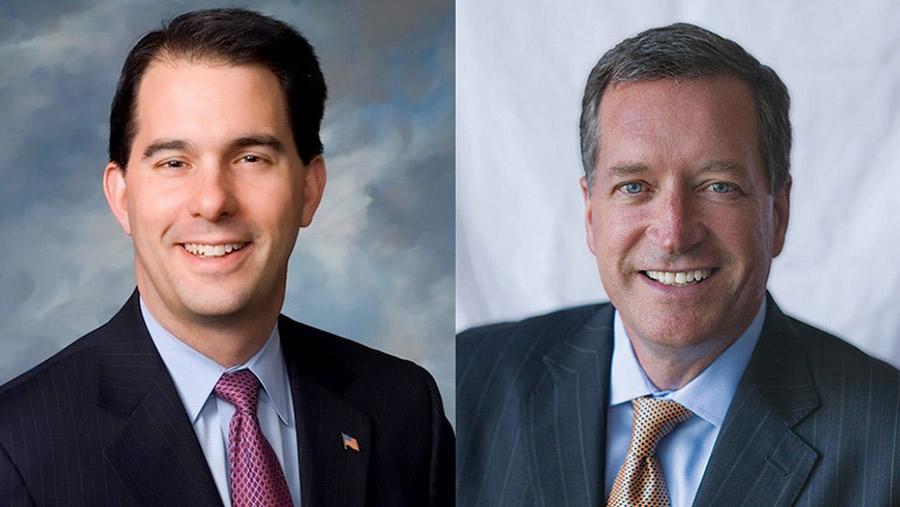 -- by Jessica Mason and Brendan Fischer --

Wisconsin Governor Scott Walker has positioned himself as an ardent supporter of "religious liberty." When running for president he said that Kentucky County Clerk Kim Davis, who didn't want to grant marriage licenses to same-sex couples, should be allowed a "reasonable accommodation." He has stated that pharmacists should be allowed to refuse birth control prescriptions on religious grounds, and sponsored such a "conscience clause" bill as a state legislator.

Walker's commitment to religious liberty, though, is being tested as one of his top allies is accused of religious discrimination against Muslim workers.

This week, seven Muslim workers at Wisconsin-based Ariens Company were fired for taking a prayer break, and 14 resigned, following a controversial announcement last month that the company would only allow prayers during scheduled break times--rather than during the times that their faith requires, such as at dawn and sunset.

"If someone tells you, ‘You pray on your break,’ and the break time is not the prayer time? It will be impossible to pray," said Green Bay Masjid Imam Hasan Abdi. Previously, Muslim workers were allowed to leave the production line twice per shift and designate their duties to co-workers for a five-minute prayer break.

The company's CEO, Dan Ariens, claimed it would cost $1 million for his Ariens Company to continue allowing its Muslim employees to take five-minute prayer breaks. The centuries-old Islamic practice, followed by more than 1 billion people worldwide, was just too much for the lawn mower and snowmobile manufacturer to handle.

"It gets out of control," Ariens said of the prayer breaks.

Dan Ariens isn't just the head of a local manufacturing business; he is a close ally of (and donor to) Governor Walker, a well-connected Republican funder with an outsize influence on Wisconsin's economic and labor policy, and chair of the state's powerful business lobby. The Council on American-Islamic Relations is considering legal action against Ariens Company for religious discrimination.

Last year, Ariens became chair of Walker's scandal-ridden Wisconsin Economic Development Corporation (WEDC), the governor's privatized economic development agency and the centerpiece of Walker's job creation efforts. Walker himself had previously chaired WEDC but was dumped after damning audits highlighted mismanagement and fraud. In this role, Ariens has reportedly argued that businesses receiving taxpayer dollars from WEDC shouldn't be held to job creation goals because it might discourage alleged innovations such as "automation" and "robotics."

Ariens is also chair of the state's U.S. Chamber of Commerce affiliate, Wisconsin Manufacturers & Commerce (WMC), which has long worked to undercut workers' rights in the state. WMC is one of the most powerful special interest groups in Wisconsin, and one of the biggest spenders on Wisconsin elections. WMC has spent at least $9.5 million supporting Walker, according to one estimate, and dropped $600,000 last year alone to try demoting the Wisconsin Supreme Court's liberal chief justice. WMC was also implicated in the "John Doe" campaign finance probe into alleged coordination between Walker's campaign and outside groups during the state's recall elections.

This isn't the first time that Ariens Company has been in the headlines.

In 2014, during Walker's "state of the state" address, he invited a newly-hired Ariens Company employee, Christopher Barber, onstage and referred to him as the "face of an improving economy in our state." Newspapers around the state ran pictures of Walker applauding Barber--but it was later revealed that the Ariens worker was actually a registered sex offender with a long rap sheet, garnering national headlines.

Barber, who apparently is not Muslim, kept his job at Ariens.

A paragraph from the Post: The Journal Sentinel reported: The company has prayer rooms for them but says it can’t afford to shut down an assembly line for unscheduled prayer breaks. “The best solution is to stay with the policy we have had for many years, which is two scheduled breaks during each shift. … Those 10-minute breaks should allow enough time for prayer, if someone wants to pray,” said company president Dan Ariens. Contrastingly, “It came out of nowhere and the company did not want to listen to some suggestions and options to make the current breaks more flexible to align with the prayer schedule,” Jaylani Hussein, executive director of the Council on American-Islamic Relations office in Minneapolis, told Reuters.