"You Will Be Amazed at How Much Influence You Can Have," Billionaire Pours $9.5M Into MO Elections | PR Watch

"You Will Be Amazed at How Much Influence You Can Have," Billionaire Pours $9.5M Into MO Elections 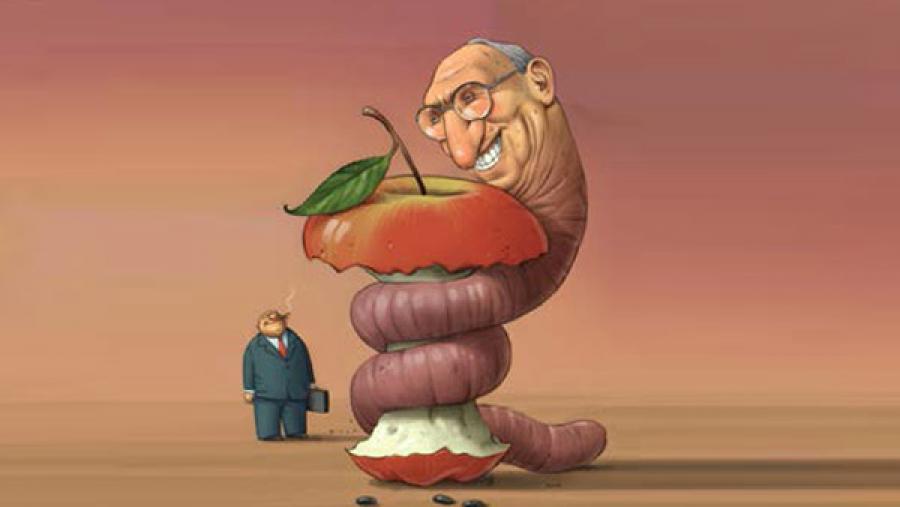 Rex Sinquefield, who has been described as a "new American oligarch," has reported spending almost $9.5 million on Missouri state politics in 2014 alone, bringing Sinquefield's total spending in the state to nearly $41 million since 2006.

"If you get involved at the local level with the route I described, you will be amazed at how much influence you can have," Sinquefield told his business school alumni earlier this year.

The $9.5 million spent by Sinquefield puts him in the top tier of donors nationally. Yet what makes his 2014 spending so astounding is that it is all focused on Missouri, a mid-sized, midwestern state better known as the home of Harry Truman and Mark Twain than for its costly state elections.

The $9.5 million estimate "doesn't include money moved through opaque 501c4s and 527s, or money sent to prop up failed schemes and candidates in other states, like Scott Walker and Sam Brownback," said Sean Nicholson, Executive Director of Progress Missouri, which has tracked Sinquefield's campaign spending. The Center for Media and Democracy and Progress Missouri issued a report on Sinquefield's political influence earlier this year.

Much of Sinquefield's spending in 2014 was routed through two Missouri-focused PACs. He gave $4,250,000 to Grow Missouri in 2014, and $2,173,000 to the Missouri Club for Growth Political Action Committee. Those groups, in turn, funneled the money to over 100 other candidates, according to a Progress Missouri review of campaign filings.

Grow Missouri made headlines earlier this year for not only trying to buy its way into politics, but to buy positive news coverage. The group, which receives almost all of its funding from Sinquefield, tried recruiting Missouri journalists to accept payment for anonymous blogs on its website, which would likely violate ethical codes against journalists accepting money from groups they cover.

Missouri journalists, perhaps in contrast with Missouri politicians, were not for sale.

"This particular offer had the rankest odor of anything I have encountered in my professional career," wrote Rudi Keller, a reporter for the Columbia Daily Tribune, about getting one of the recruitment emails.

$1.5 million went into a group called "Teach Great" that orchestrated an effort to amend the constitution to end teacher tenure. Constitutional amendment 3 will be on Tuesday's ballot and, if approved, would effectively eliminate tenure by limiting teacher contracts to three years. It would tie teacher compensation to the results of high-stakes student testing, and prohibit teachers from having a say in the evaluation system through collective bargaining.

The State Policy Network affiliate that Sinquefield founded and funds, the Show-Me Institute, had tried laying the groundwork for the measure, releasing a series of reports and factsheets calling for ending teacher tenure. (Sinquefield has given around $1 million annually to the group in recent years, but any of his donations in 2014 are not included in the $9.5 million estimate.)

Yet, the tenure effort is likely to fail.

"The ballot initiative Sinquefield bankrolled to radically undermine local control of public schools is so unpopular with voters that [Teach Great] gave up on the campaign two months before Election Day," Nicholson said.

In addition to the $9.5 million Sinquefield spent in Missouri, he also disclosed giving $420,000 to federal candidates and PACs in the 2014 election cycle, including $250,000 to the Ending Spending Action Fund on October 10. He also gave $100,000 to the Republican Party of Wisconsin, which is now allowed to transfer unlimited funds to Scott Walker's campaign.

Some Republicans are starting to reject Sinquefield's influence in the state. At least two Republican candidates for assembly rejected his contributions this fall. And the Republican State Auditor accused Sinquefield of "attempting to buy Missouri government," after he gave $750,000 last month to his "hand-picked" gubernatorial candidate, Catherine Hanaway.

Sinquefield made this massive donation in October of 2014, despite the governor's election not happening until November of 2016.

Regardless of the outcome of Tuesday's vote, Sinquefield will continue to play an outsized role in Missouri politics, thanks entirely to the size of his checkbook -- and the fact that Missouri has no limits on how much money he can funnel into the state's elections. Missouri repealed its campaign contribution limits in 2008.

"Rex hasn't been successful in all of his attempts to buy state government, but he's bought an enormous seat at the table in Jefferson City -- and the subservience of some of our most important legislative leaders," Nicholson said.