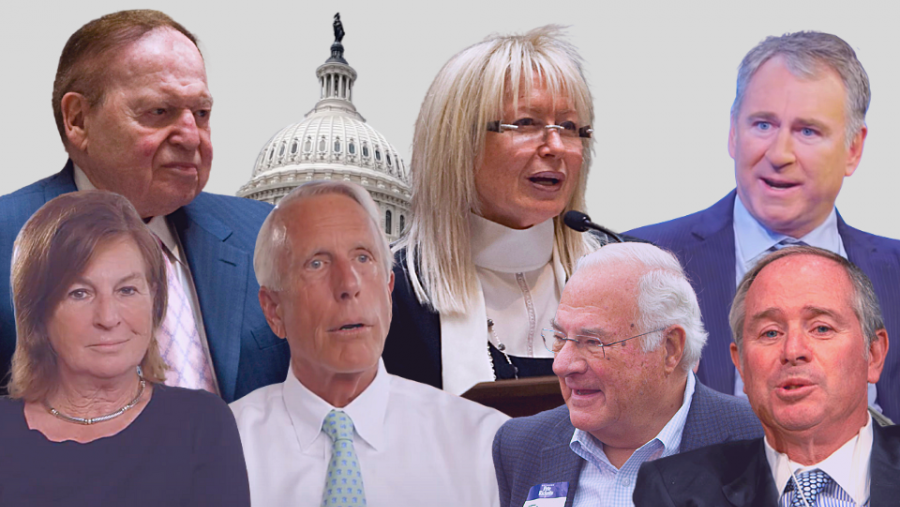 In the days following the deadly Capitol insurrection by white supremacists, QAnon adherents, and other Donald Trump supporters, media outlets including the Center for Media and Democracy (CMD) have reported on the corporate PACs behind campaign donations that helped elect the scores of Republican House and Senate members who, just hours after the insurrection, voted to reject President Joe Biden's victories in multiple states. In response, many of these companieshave pledged to halt donations to the election deniers or pause campaign donations altogether.

But wealthy conservatives and corporations spent far more money on independent groups that paid for ads and other election expenditures to help 106 out of the 147 members of Congress take office. These Republican politicians would go on to use the "Big Lie" of alleged voter fraud as an excuse to overturn a valid, democratic election that didn't go their way.

Some of these top donors run companies that have halted their campaign donations to the election objectors, yet the donors themselves have not promised to change their contribution habits.

Donations to politicians' campaigns and traditional PACs have strict limits, but contributions to super PACs, 501(c)(4) social welfare nonprofits, and trade associations have no restrictions. Thus, conservative oligarchs and their companies have been able to flood elections with enormous amounts of money that helped elect senators such as Josh Hawley (R-MO) and Ted Cruz (TX), who led the push to invalidate the election results in their chamber, and representatives including extremist freshmen Lauren Boebert (R-CO), Madison Cawthorn (R-NC), and QAnon adherent Marjorie Taylor Greene (R-GA).

Using Federal Election Commission (FEC) data, some of it compiled by the Center for Responsive Politics, CMD has identified 40 political super PACs, trade associations, or other committees that spent over $100,000 to help elect at least one of the 147 Republicans in their most recent elections, as well as the top donors to these spending groups. For House members, this includes 2020 only; for senators, who have six-year terms, their most recent elections were either in 2016, 2018, or 2020.

The 40 spending groups pumped at least $272 million into election ads and other expenditures to seat 106 of the Republican election objectors.

The Club for Growth PAC, which is subject to $5,000 individual donation limits, spent $315,000 to boost the campaigns of more than 20 election deniers in 2018 and 2020. But its affiliated super PACs, Club for Growth Action and CFGA Missouri, spent a combined $22.7 million to elect election deniers, making it the fifth-highest outside spending group. It also donated to additional spending groups the Congressional Leadership Fund (CLF), Protect Freedom PAC, and Texans Are.

The biggest beneficiary of this outside spending is Hawley, who at times appears to be a self-styled right-wing populist, yet got $41.2 million of assistance from mostly billionaire- and multi-millionaire-funded super PACs in his 2018 Senate victory.

CMD identified thousands of donors to the outside groups that spent to help seat one or more of the Republican election deniers in their most recent elections, accounting for nearly $1.7 billion in contributions.

The top ten individuals or families combined to donate nearly $500 million to outside groups that helped seat the election deniers. Some were also among the biggest direct donors to the campaigns of the members of Congress who voted against the valid election, according to research by OpenSecrets.org. 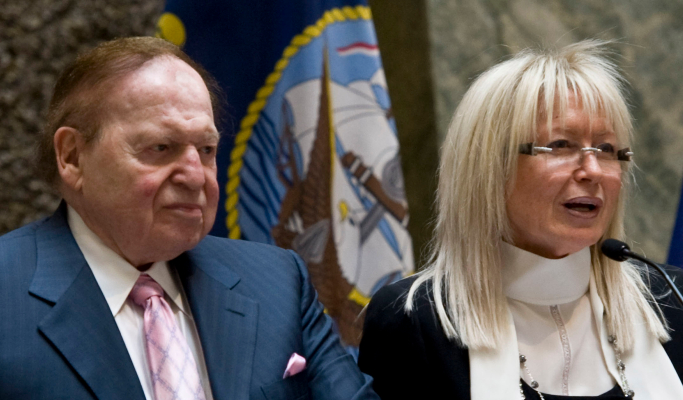 Atop the list of megadonors are billionaires Miriam Adelson and her recently deceased husband, Sheldon Adelson, who ran the Sands casino empire and strongly supported Trump. Together they gave over $191 million to six super PACs and two party-aligned groups, the NRCC and the National Republican Senatorial Committee (NRSC), helping to seat dozens of politicians who denied the results of the election. 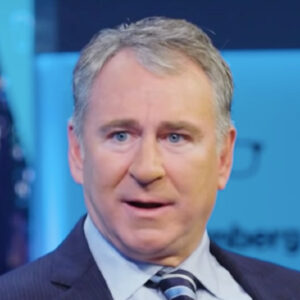 The CEO of hedge fund Citadel gave to five super PACs, the NRCC, and the NRSC. Griffin had an alleged dispute with Trump in 2018, but that didn't stop him from bankrolling the party of Trump in the 2020 elections. In 2018, he gave $10 million to the pro-Rick Scott super PAC, New Republican PAC.

An heir to his family's steel fortune and majority owner of Pan Am Systems, Mellon gave huge donations to two super PACs and a smaller contribution to NRCC in 2020. Mellon, who used racist stereotypes in his autobiography, has emerged only recently as one of Trump and the Republican Party's biggest donors. 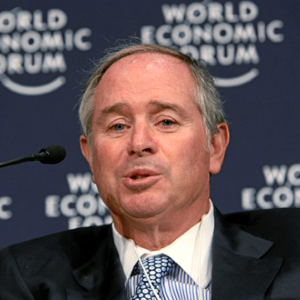 The CEO of Blackstone and his wife, Christine, are near the top of the right-wing donor list, having given the bulk of their donations to the Senate Leadership Fund (SLF), a super PAC tied to Senate Minority Leader Mitch McConnell (R-KY). Blackstone, a private equity firm, is the world's biggest landlord. Stephen Schwarzman has been one of Trump's most generous and most faithful supporters. Even after Trump lost the election in November he told business leaders that Trump had the right to challenge the results and "took issue with suggestions made during the meeting that the U.S. could be on the verge of a coup," according to the Financial Times. 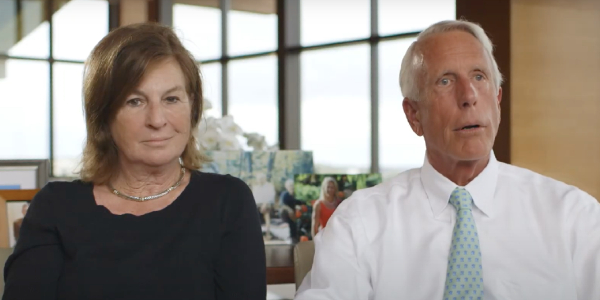 The Illinois-based Uihleins, who own and operate the Uline shipping supply company, gave tens of millions to an array of spending groups, including $35.7 million to Club for Growth Action and its state affiliate CFG Action Missouri.

Richard Uihlein was recently exposed as a major funder of the Tea Party Patriots, a group that helped organize a rally on Jan. 6 that led to the march and insurrection at the Capitol. CMD broke the news that Uihlein was one of the first two proven donors to far-right media outlet The Federalist. 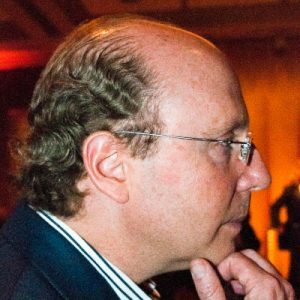 The managing director of investment firm Susquehanna International Group and a board member of the libertarian Cato Institute, Yass was also a top donor to Club for Growth Action, giving the group $24.5 million from 2018 to 2020. He also gave $8.6 million to Protect Freedom PAC, which spent in favor of extremists such as Boebert and Cawthorn in the 2020 cycle.

The West Palm Beach, Florida-based Reyes family, which amassed its wealth from a food and beverage distribution business, spent tens of millions of dollars to help elect election objectors. J. Christopher, M. Jude, and David K. Reyes put the bulk of their money into SLF but also funded the New Republican PAC, among other committees. 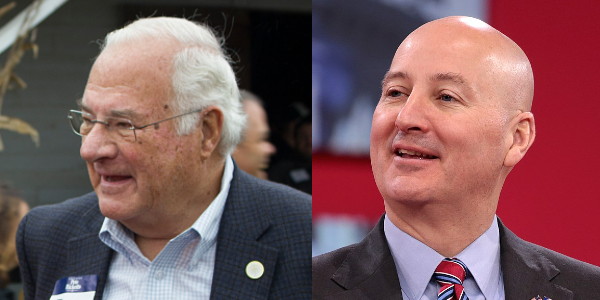 The GOP megadonors in the Ricketts family did their part to help elect the objectors, donating over $18 million to super PACs, including the Ending Spending Action Fund and Citizens for Free Enterprise. Patriarch Joe Ricketts, the founder of TD Ameritrade, his wife, Marlene, and their son, Pete, the governor of Nebraska, all donated. The family owns the Chicago Cubs baseball team, and Joe and Marlene's son, Todd, took over from disgraced right-wing bankroller Steve Wynn as finance chair of the Republican National Committee. In October 2020, the company of fellow right-wing billionaire Charles Schwab acquired TD Ameritrade. 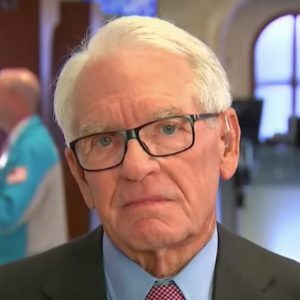 Schwab Bank shut down its PAC entirely after bad press surrounding the insurrection, but its founder and chairman, Charles Schwab, and his wife, Helen, have remained silent about their future plans. The company did not respond to The Daily Poster's questions about the Schwabs' massive donations to outside spending groups, which included $11.1 million to SLF and $2.5 million to CLF. 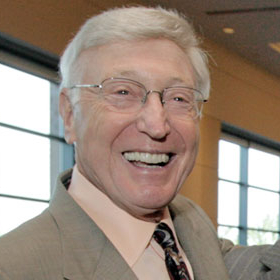 Other top donors include hedge fund manager Paul Singer ($13.9 million) and chicken farming tycoon Ronald Cameron($13.4 million), who ranks at No. 11 on OpenSecrets' list of campaign donors to the election deniers ($208,000). Cameron's Mountaire Corporation added $500,000 each to CLF and SLF.

Despite numerous sexual misconduct allegations that led to his resignation from his own resort company, Steve Wynn's money is still welcome in Republican political circles. The Republican National Committee, of which Wynn was previously finance chairman, never returned his donations, and in 2020 committees such as the Senate Leadership Fund ($9 million), the Congressional Leadership Fund ($1 million), and the NRSC ($177,500) enjoyed his largesse. He gave a total of $12.6 million to outside groups that backed election deniers in their most recent elections.

CNBC reports that with fewer PAC donations, Republicans are worried about 2022 fundraising and plan to appeal to their biggest individual financiers for even more cash. Fundraisers will attempt to keep the money flowing from bigwigs including Schwarzman, Griffin, and Singer.

Koch Industries, the fossil fuel conglomerate led by billionaire libertarian Charles Koch, was the biggest corporate donor to these spending groups at $13.75 million. The company gave $10 million to Americans for Prosperity Action (AFPA), the super PAC affiliated with Koch's premier political advocacy group, Americans for Prosperity (AFP), and doled out additional money to three other super PACs. AFPA, for its part, spent over $9.5 million backing the electoral objectors, and AFP spent close to $4 million in 2018 mostly opposing then-Sen. Claire McCaskill in order to elect Hawley.

Koch Industries' PAC is also in the mix, giving $210,000 to the NRCC in the 2020 election cycle and $600,000 to the NRSC from 2016 to 2020. Koch PAC is also the biggest donor to the campaigns of the election-denying members of Congress, having contributed over $930,000 to their campaigns, according to a Center for Responsive Politics analysis.

Charles Koch and his wife, Elizabeth, each gave $471,000 to the NRSC, and their son, Chase, added $369,000. Chase's wife, Anna, Koch's late brother, David, and his David's wife, Julia, all gave donations to the NRSC well into the six figures.

Much of AFP's funding comes from other Koch-run groups. In 2019, for example, Koch's Stand Together Chamber of Commerce provided $40.5 million out of AFP's $54.5 million in total revenue. Many of the individual donors to AFP and other Koch groups, such as Cameron, Griffin, Singer, Schwab, and Schwarzman, are among the biggest contributors to outside groups that helped elect the election deniers.

A number of other corporations, including many fossil fuel companies, and their PACs gave significant amounts to spending groups that helped elect the Republican objectors.

In addition, the watchdog group Public Citizen reports that fossil fuel companies' PACs and executives gave $8.8 million to the campaigns of the election deniers and GOP party committees that helped elect them and Trump.

Despite numerous companies limiting or ending their political donations, many major oil and gas firms such as Chevron, ConocoPhillips, Exxon, and Phillips 66 had not done so at the time of this reporting.

Top corporate donors to outside groups include:

Multiple nonprofits and trade associations, which are not required to disclose their donors, served as major funding vehicles for GOP outside spending to boost the election-denying members of Congress. Trade groups are largely funded by their corporate members. Dark money groups also made election expenditures themselves.

One Nation, a 501(c)(4) nonprofit that's affiliated with the Senate Leadership Fund, gave the latter group $62.6 million in the 2020 cycle and $18.6 million in 2018, for a total of $81.2 million, making it the second-biggest funder of the outside spending groups that backed the 106 Republican election deniers.

The trade group the National Association of Realtors donated nearly $6.6 million to SLF. The group's PAC spent $142,000 on independent expenditures backing three election deniers, including Kansas Sen. Marshall, and the group itself spent another $43,000 in favor of five election deniers.

The National Rifle Association's Political Victory Fund, a PAC that is subject to donation limits, made $2.6 million worth of independent expenditures to boost the campaigns of dozens of election deniers, including GOP House members Andy Biggs and Paul Gosar, whom "Stop the Steal" organizer Ali Alexander claimed helped him plan the January 6 rally. The NRA's biggest expenditures aided Hawley in 2018 ($1.4 million), and it spent in favor of extremists Boebert and Greene, among others. The PAC donated $120,000 to the NRSC.

Michael Bloomberg, a former Republican who ran in the Democratic presidential primary in 2020, gave $500,000 to the With Honor Fund, a super PAC that spends money to elect military veterans from both parties, in October 2020. In that cycle, the With Honor Fund spent $453,000 on independent expenditures boosting five House Republicans who attempted to overturn the election results.

In 2020, Jacklyn and Miguel Bezos, the parents of Amazon CEO Jeff Bezos, each gave over $1 million to the With Honor Fund. In the 2018 cycle, Jeff Bezos was the super PAC's biggest donor.