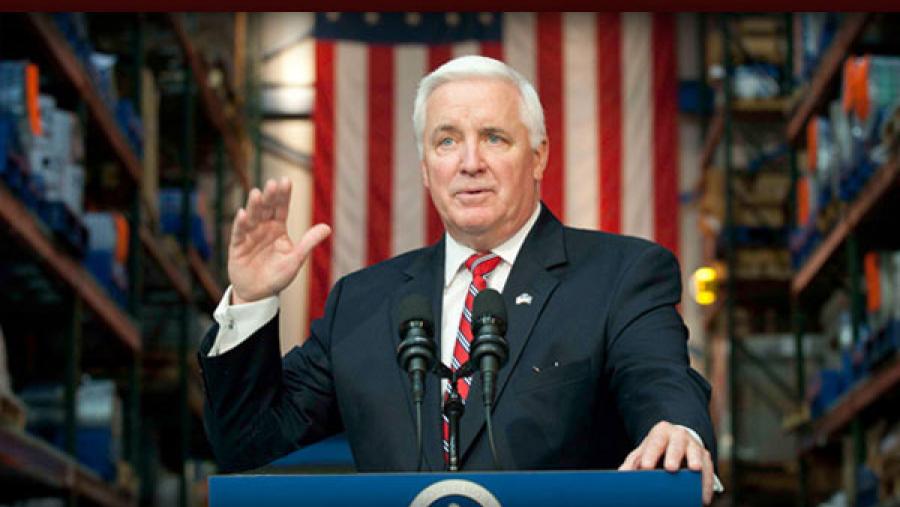 Pennsylvania's Office of General Counsel "serves as the Governor's in-house legal counsel," providing the executive branch with "expert, responsive and cost-effective legal services ... for the benefit of the public." In addition to the 498 attorneys employed by the state, the handling of legal business is frequently outsourced to outside counsel. Last year, the total bill for private law firms -- footed by the taxpayers -- amounted to a whopping $32.7 million in 2013 and $100 million over three years, according to the Pittsburgh Tribune-Review.

Outside counsel, it has been pointed out, is an insider's game. A comparison between the firms used as outside counsel last year and their contributions to Corbett's gubernatorial campaign of 2010 makes for interesting reading.

While the Corbett administration claims that the overall cost for outside counsel has decreased, it is important to look at the selection process and what kinds of cases are being outsourced. The official webpage assures us that the outside firms provide services "of the very highest caliber," and yet it seems that quality is not the only criterion used when considering candidates.

In another instance, Corbett fought for two years to uphold the "voter ID" law modeled on an ALEC bill that required everyone to present a state ID before voting. The photo requirements specified by the bill (ostensibly to prevent fraud, although Corbett was hard pressed to point to a single case of it) were among the most draconian in the country. According to NAACP estimates, the law would have disenfranchised "tens of thousands if not hundreds of thousands of Pennsylvanians." One of the plaintiffs was 95-year old Viviette Applewhite, who marched with Dr. King in the 1960s but would have been unable to obtain the identification required by the law.

Corbett's hard-fought battle to limit democracy proved costly. When the in-house lawyers could not handle the workload, Corbett decided to fill the coffers of corporate contractor Drinker Biddle & Reath by $942,790. Their campaign contributions amounting to $46,461 turned out to be a good investment. In the end, in May 2014, the law was finally struck down and declared unconstitutional by the Pennsylvania Commonwealth Court.

But a million down the drain to implement voter ID is peanuts compared to the $3.4 million Gov. Corbett paid consultants from DLA Piper and Blank Rome (two firms that had incidentally donated to his attorney general and gubernatorial campaigns) to help him hand over control of the state lottery, which generates money for programs for senior citizens, to British behemoth Camelot in what Democratic Whip Mark Hanna described as "a corporate giveaway ... while the Pennsylvania seniors are left with less money to help them pay for their prescription drugs, transportation, property taxes and rent."

Challenged by lawmakers, unions, and watchdogs, Corbett was finally forced to abandon the plans to sell the lottery in 2013, while the attorneys at DLA Piper and Blank Rome cried all the way to the bank.