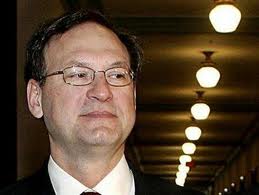 The rulings in Vance v. Ball State University and University of Texas Southwestern Medical Center v. Nassar, both decided 5-4 along ideological lines, narrow the interpretation of Title VII of the Civil Rights Act of 1964, which prohibits employment discrimination based on race, color, religion, sex and national origin. And as a result, discrimination-free workplaces can be harder to come by.

In Vance v. Ball State University, the Court made it harder for a worker to bring a lawsuit for workplace discrimination when a superior creates a hostile working environment.

Writing for the five justice conservative majority, Justice Samuel Alito wrote that an employer is only responsible for the discriminatory conduct of an employee who meets the definition of a "supervisor," but created a very narrow definition of "supervisor" to only include those who have the power to hire, fire, promote or demote.

Under the court's decision, individuals like Maetta Vance, the plaintiff in this case, will have little recourse for harassment suffered at work. Vance was the only African American employee in the catering department at Ball State University in Indiana and faced racial harassment, including references to the Ku Klux Klan, largely from a superior who had authority to order Vance to perform demeaning tasks below her skill level and make her time at work "a living hell." But because Vance's superior did not have the power to fire or demote her, under the Court's decision the employer likely cannot be held responsible for the hostile work environment.

Prior to the ruling, the threat of liability for the acts of superiors was an incentive for employers to police their work environments for discrimination, says Carin Clauss, a professor emeritus at the University of Wisconsin Law School and a former U.S. Solicitor of Labor. But after the decision, "[employers] no longer have a duty to find out what was going on in the work place," she says. "Liability was the motivating carrot and the court has taken it away."

Now, when workplace harassment comes from a person who does not meet the Court's definition of "supervisor," a worker can only succeed with a discrimination suit if they meet the very difficult burden of showing that the employer was negligent.

"[This means] an employer only can be found liable if the employee goes to them and complains and [the employer responds], 'oh we don't care,'" Clauss says. "Most people don't do that: they will put up with their horrible bosses because they don't want to lose their job."

In another case, University of Texas Southwestern Medical Center v. Nassar, the Court made it easier for employers to retaliate against workers who raise concerns about discrimination. A worker must now meet the very high burden of showing that retaliation was the sole reason for their dismissal -- meaning an employer can potentially escape liability by alleging other reasons for firing or demoting a whistleblower.

Under Title VII, an employer may not dismiss or otherwise punish a worker for having "made a charge, testified, assisted, or participated in any manner in an investigation, proceeding, or hearing" relating to discrimination. The purpose of this provision is to create an environment where workers will bring complaints and participate in investigations when they witness or experience discrimination: anti-discrimination laws would be toothless if employers could simply fire anybody who opens their mouth. But the Court's ruling gutted these protections by making it easier for an employer to escape liability by claiming there were other reasons for retaliating against a worker.

This means that the plaintiff in the case, Dr. Naiel Nassar, will likely not be entitled to back pay or compensatory damages after he was fired. Nassar, a Muslim of Middle-Eastern descent, worked as both a university faculty member and a physician at the University of Texas Southwestern Medical Center, and was allegedly subject to racial and religious harassment by Dr. Beth Levine, his supervisor's supervisor. Because of the harassment, Nassar alleged, he arranged with the university to step down as university faculty and become employed directly by the medical center, which would result in a change of supervisors. In his resignation letter, Nassar said the harassment from Levine was the "primary reason" for leaving the university job. Levine was outraged, and the University of Texas Southwestern Medical Center retaliated by rescinding its compromise and withdrawing its offer to employ Nassar as a physician.

Under the court's decision, Nassar must now show that the university had no other reason for withdrawing its offer to Nassar. But in this case, the university cited a policy requiring physicians to be faculty members, despite its prior negotiations with Nassar to make an exception -- and that was enough to justify the retaliatory discharge.

Employers can now use a worker's everyday shortcomings as an excuse to justify a retaliatory action. "What makes the law so difficult for employees is that nobody fires a 'superstar'" who has a spotless record, Clauss says. "[If an employer is] going to make an example of someone [they are] not going to pick a great employee. [They'll] pick a good employee. And even good employees always have faults," she says. "One person tends to be late, one doesn't always get his reports in on time, another doesn't return her calls in time," and an employer can now use those minor faults as pretext for retaliation.

In her dissent, Justice Ginsburg lambasted the majority for departing from the standard established by Congress in 1991, when it amended the Civil Rights Act. In those amendments, Congress established that a plaintiff need only prove that race, color, religion, sex, or national origin "was a motivating factor" in discrimination, "even though other factors also motivated the practice." But the majority held that this standard did not apply to claims of retaliation.

It makes no sense, she wrote, for Congress to have passed amendments in 1991 to "restore and strengthen" anti-discrimination law with these more worker-friendly causation standards, but to not have intended that the standard would apply to retaliation claims.

The conservative majority, she wrote, is "driven by a zeal to reduce the number of retaliation claims filed against employers."

Collectively these two decisions erode protections for workers enumerated in Title VII of the Civil Rights Act. The original purpose of Title VII was to prevent employers from abusing their power and to require them to take responsibility for discrimination occurring in their workplace, but these rulings overturn decades of anti-discrimination protections, making it harder for those facing racial, gender, or religious harassment to achieve justice.

SCOTUS's decision reaffirms the 'chain of command' when determining discrimination, which in many ways is an issue of 'stand your ground' but is progressive, in fact. I agree with the court here, and this undermines the neo-liberal stance at the same time.