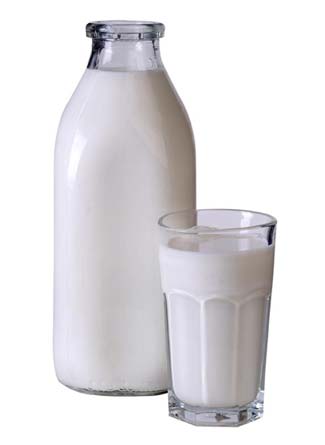 In what has been roundly declared a victory for food rights and private food transactions by supporters, a jury returned a verdict of not guilty on three of four charges against Wisconsin raw milk farmer Vernon Hershberger in the early morning hours of May 25.

"It's a beautiful day.... They tried their best to set me free," Hershberger told The Complete Patient after a few hours of sleep.

The twelve members of the jury declared Hershberger not guilty of three counts of operating a retail establishment without a license, operating a dairy farm as a milk producer without a license, and operating a dairy processing facility without a license. They declared him guilty of violating a state holding order -- something Hershberger maintained both before and during the trial that he had done. The judge had previously ruled that the validity of the holding order could not be called into question during the trial. Nevertheless, the three acquittals indicate that the state Department of Trade, Agriculture, and Consumer Protection (DATCP) never should have issued the order, said a member of Hershberger's legal team.

Hershberger's lead defense attorney, Glen Reynolds, said in his closing statement that he found this case to be "one of the most abusive, most incomprehensible uses of government power that I've ever seen, when an agency of our government took such an aggressive, mean-spirited approach against such a good man, against a member of this community." He called it a "pathetic waste" of government resources.

The Weston A. Price Foundation, which advocates for the legalization of raw milk in Wisconsin and the ten other states where its purchase is not legal in some manner, told the Milwaukee Journal Sentinel that the trial's outcome will set a precedent.

Defense attorney Ajna Sharma-Wilson told the Center for Media and Democracy (CMD) that the verdict "sends a message to the state and to DATCP in Wisconsin as well as other regulatory departments nationally that the people are realizing direct access to farm-fresh food is a fundamental right, and the freedom to contract with those farmers and build the relationship is part of building the community." 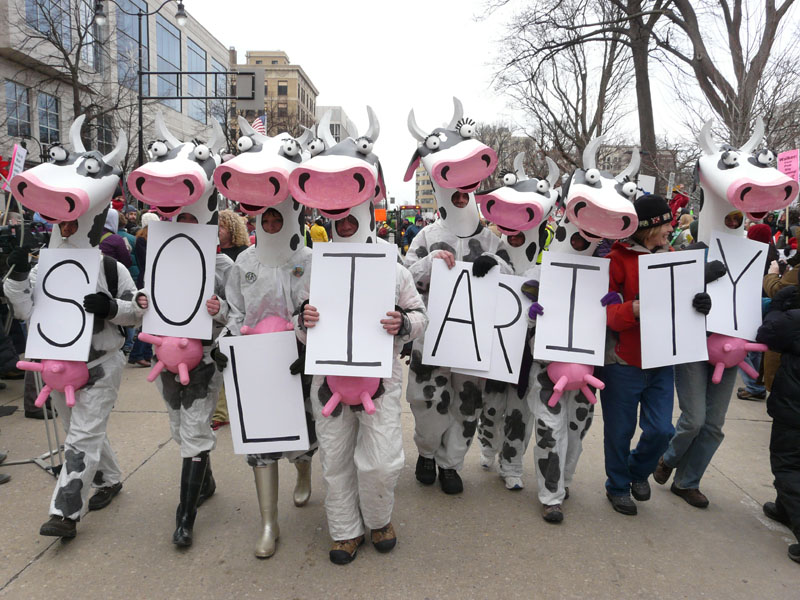 Defense attorney Glen Reynolds noted in his closing statement that Hershberger had come up with "a novel plan for connecting farmers with people like you and me, who would prefer perhaps not to drink industrial milk, who would prefer to be closer to the farmer, those of us who can't afford to buy a farm, who can't afford to buy a cow, but would like to have a relationship with that farm." In other words, Hershberger built a community.

Sharma-Wilson added afterwards that "part of the reason why this case won is because the community was so strong and everybody from all over the nation was able to come together in solidarity for Vernon. The more we work together, the more the community builds and we share this knowledge with people, the less chance there will be to stop us.... [W]e have to keep doing what we do, standing strong, and taking each step as it comes."

Members of the farm's buying club indicated to CMD that they, along with other food freedom supporters, were not only paying Hershberger's legal fees, but the cost of rebuilding a barn that burned down earlier this year and replacing the equipment it contained. This example of strong support from a farm's community demonstrates the vital ties built between what have been called food co-producers: farmers, farmworkers, and eaters, in the many ways that those roles can overlap and be combined.

In 2010, a bill legalizing the purchase of raw milk directly from Grade A licensed dairy farms passed the Wisconsin state legislature by a wide margin. Then-Governor Jim Doyle had indicated that he would sign the bill when it reached his desk, but he made an about-face and suddenly vetoed the bill in May 2010. Legislators, raw milk supporters, and local media suspected the influence of the powerful Wisconsin dairy industry.

It turned out they were right -- industry groups had sent a letter days before the veto. Signers included the industry lobby groups the Dairy Business Association (DBA), Wisconsin Cheese Makers Association (WCMA), Wisconsin Dairy Products Association, and Wisconsin Farm Bureau Federation, as well as public health lobbies like the Wisconsin Association of Local Health Departments and Boards, Wisconsin Medical Society, and Wisconsin Public Health Association. The lobbyist for the DBA and WCMA, Shawn Pfaff, had been Governor Doyle's deputy political director during his 2006 re-election campaign and a member of his staff for three years.

But a raw milk bill is on the table again, sponsored by Assistant Majority Leader Glenn Grothman (R-20). Governor Scott Walker has indicated he'll sign it if it contains safeguards for public health. The Wisconsin Raw Milk Association (WRMA) is working to get the bill introduced, and urging supporters to call their legislators and ask them to co-sponsor the bill.

Brian Wickert, President of WRMA, told CMD, "This trial represents a tremendous success. Now we need to change the law so this doesn't happen again."

"In 2010, a bill legalizing the purchase of raw milk directly from Grade A licensed dairy farms passed the Wisconsin state legislature by a wide margin. Then-Governor Jim Doyle had indicated that he would sign the bill when it reached his desk, but he made an about-face and suddenly vetoed the bill in May 2010. Legislators, raw milk supporters, and local media suspected the influence of the powerful Wisconsin dairy industry." More PROOF of a bribed and treasonous government pandering for corporate profits over the good of the State. Break out the Tar and Feathers....Can we start a mail in campaign where everyone mails their legislator and their "regulators" a piece of tar paper and some feathers? This MIGHT help the legislators get the message....
Any form of raw milk legislation in Wisconsin will only aid DATCP in their agenda of control of the food and infringe upon your right to procure food directly from the farm. The precedent has been set with Vernon Hershberger. Jury nullification occurs when a jury returns a verdict of "Not Guilty" despite its belief that the defendant is guilty of the violation charged. The jury in effect nullifies a law that it believes is either immoral or wrongly applied to the defendant whose fate they are charged with deciding. WRMA's President Brian Wickert's words speak volumes here folks, there is no need to change the law beware of these wolve's in sheeps clothing. The WRMA will only take away from you what Vernon so valiantly gained for you. The jury has spoken, let raw milk flow. Bad legislation is the worst form of tyranny, WRMA DID NOT SUPPORT VERNON, but will use his victory to the best of their ability to help Mr. Wickert's friends at DATCP regain control of your food. Caveat emptor.
"Any form of raw milk legislation in Wisconsin will only aid DATCP in their agenda of control of the food and infringe upon your right to procure food directly from the farm" THIS IS CORRECT! Just leave it alone and let people choose what they want to drink....the regulators are working for "big milk" and will draft regulations to favor their positions. There is no reason milk should be a political issue. No one is forcing anyone to drink raw milk....on the other hand the state wants to force commercial/industrial milk as the only choice available. The state does love its monopoly power. The state uses guns, violence, force and peoples tax money to create its monopoly for big milk...and big milk is more than happy to pay them to do it. The cow share program eliminates any political/government involment. It lets farmers be farmers again...it lets them sell their products, advertise, deliver and make processed products such as cheese and yogurt....all illegal under state regulator's laws. Hats off to Vernon and his family as well as FTCLDF and its attorneys. Great Job!!!!! Thank you all!!!!!!! http://www.youtube.com/watch?v=9cR5NWkWMzw&feature=player_embedded
thank you for this article
That this is even a case that went to court is disgusting! Why doesn't law enforcement focus on catching pedophiles and child abduction rings instead? Maybe it was easier to catch the raw milk farmer!
If their are proper protections in the bill (like banning the sale of it to minors) then who cares. People can smoke cigarettes and drink alcohol. If adults in the state of Wisconsin want to increase their risk of listeria then they should be able to accept that risk.
The last I knew a license was permission and regulation to do that which is unlawful or immoral. If I am wrong please correct me. However, I know the above to be true. This leaves me questioning why most everything today REQUIRES a LICENSE. Please consider that. These courts and so called government agency's are waging a form of economic legal war on the GOD GIVEN and Constitution rights of the people. The greedy and immoral moneyjunkies of corporate government world wide don't want competition from honest real producers. Wake up everyone these corporations have stolen everything from the people and want you dependant on them as they abuse you and steal from you. Loving God, Marriage, having children, pursuit of happiness, growing and producing real traditional food and even medicine for ourselves, REAL MONEY instead of paper currency not worth the paper it is wrote on. Please tell me how and when these things became unlawful and immoral and next time you go to CHURCH please ask why they have a 501c3 nonprofit license on the wall and whether they worship GOD or the obvious fictional legal corporate ENTITY of the state.