The Supreme Court Will Uphold Health Care Reform, and Here's Why | PR Watch

The Supreme Court Will Uphold Health Care Reform, and Here's Why 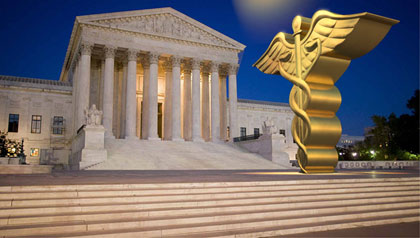 Here's the reality. The provision of Obamacare at the heart of the constitutional challenge -- the requirement that all Americans will have to buy health insurance if they're not eligible for a public plan like Medicare or Medicaid -- is a "must have" for the nation's health insurance industry.

The plaintiffs who filed the lawsuits, including the attorneys general of 26 states, either haven't been paying attention to what's been happening in the private insurance market, or have chosen to ignore it out of blind allegiance to ideology.

The indisputable fact is that our employment-based system of private health insurance has been crumbling for years, to the point that potential new business for health insurers is, for all practical purposes, nonexistent. And ironically, it is their practices and policies, made necessary by profit-hungry shareholders, that have led to this state of affairs.

The only way the big insurance firms have been able to increase the number of premium-paying customers they actually want to insure is to "steal" market share away from each other, or from smaller competitors. ("Steal" is their word, not mine.) The nation's largest insurers have become giants primarily through mergers and acquisitions, not through insuring people who previously were uninsured.

We got more evidence of the demise of employment-based health insurance just last week from a Gallup survey. It revealed that the percentage of American adults who get their coverage from an employer is continuing to decline, dropping to 44.5 percent in the third quarter of this year. That's down from 49.8 percent when Gallup started conducting the insurance surveys in 2008. The Employee Benefit Research Institute reported in a September analysis of insurance trends that the steady erosion of our employment-based system dates back to 2000.

The one bright spot in Gallup's most recent report was that the number of young adults with coverage actually increased during the third quarter of this year, undoubtedly because adult children, thanks to Obamacare, can now stay on their parents' policies until age 26, if they can't find a job that offers coverage. But finding a job that offers coverage is becoming increasing unlikely, of course, because the number of employers still offering health benefits keeps dropping.

One Sick Employee Leads Insurers to Jack Up Rates for All

One of the reasons for that decline is the common practice of "purging" (again, their word, not mine). Insurers routinely purge small businesses from their rolls when an employee gets sick and has high medical expenses. All it takes is one worker at a small company to get seriously sick or injured for an insurance company to jack up rates so high the employer has no choice but to drop coverage for all employees and their dependents.

Even if their employers continue to offer coverage, more and more workers are taking a pass because they can't afford their share of the premiums. This, plus the fact that insurers have refused to sell coverage to people with preexisting conditions, explains why the number of Americans without coverage now exceeds 50 million.

Insurers have continued to be profitable, but those profits will soon start to decline sharply because of another penny-wise but pound-foolish practice: shifting more and more of the cost of care from them to us by moving us into high-deductible policies. Absent a mandate requiring that we purchase coverage, more and more of us will come to realize that these policies are not worth the premiums we have to pay for them.

A recent study by the Commonwealth Fund found that 30 million Americans are now underinsured as a result of being enrolled in policies that require them to pay more out of their own pockets for care than they can afford. Increasing numbers of those Americans are consequently resorting to another inefficient practice: foregoing needed care. In doing so, they are running the risk of needing more expensive care down the road. 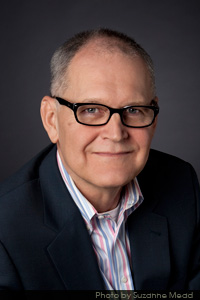 The Republican candidates' alternatives to Obamacare -- so-called "tort reform," allowing insurers to sell their policies across state lines and shifting even more Americans into high-deductible plans -- simply won't fix these problems, as I have explained in previous columns.

So while the justices farthest to the right undoubtedly will vote to strike down the law for ideological reasons, the more pragmatic Justice Kennedy will recognize that the future of the free-market health insurance system rests completely on his shoulders. I believe he'll also realize that by declaring the mandate (and the entire law) constitutional, he not only will be saving the Republicans from themselves, he will be giving them a terrific gift. They'll be able to campaign with renewed (but insincere) vigor against Obamacare, arguing that it must be repealed. I say insincere because conservative candidates will want to keep their benefactors in the insurance industry happy after the 2012 elections. They're not serious about repealing the entire law -- just the parts insurers don't like. And with Kennedy's affirmative vote, the insurers will have what they need -- billions in federal subsidies to help Americans pay for the coverage the government says they must buy.

Dear Mr. Potter, If the Supreme Court makes a decision on obamacare based upon whether or not the "free-market system of health insurance will implode" is a VERY disturbing and scary proposition. The Supreme Court SHOULD be making their decision on obamacare based on the CONSTITUTIONALITY of the law as it was written. Basing their decision on ANY OTHER criteria is/will be a daring dereliction of their duty!
You're too late if you think the right leaning SCOTUS is in dereliction of their duties. They have been for decades.
Will uphold it because it's a BushCObamanable DICTATE!