The methane gas industry is snapping up land across the United States, and it's not only regions with gas reserves its after. Part of the controversial process of hydraulic fracturing, or "fracking," which has become big business in the nation, requires a fine silica sand. The sand is most easily accessible in the state of Wisconsin, which means the industry is looking to scrape the Midwestern state of it's rolling hills by extracting its sand. This new scramble for sand mining has local residents concerned about the health and environmental impacts on their communities.

The industry of sand mining is booming along with the national increase in "natural" gas drilling. The industry is touting methane gas as a "bridge fuel" to wean the nation of its petroleum addiction, but the controversial practice of hydraulic fracturing has citizens up in arms because the process leaks harmful toxins into the nation's water supplies -- and the overall process of methane gas drilling is just as dirty, if not dirtier, than using petroleum.

Wisconsin's silica sand is deemed superior to other sands by the industry because of its round shape, strength, and how easy it is to wash. It is used, along with chemicals undisclosed by the industry, to hold open fissures in shale formations to allow gas or oil to more readily drain. Each oil and gas well can use as much as three million pounds of sand for completion. The sand sells for as much as $200 a ton. 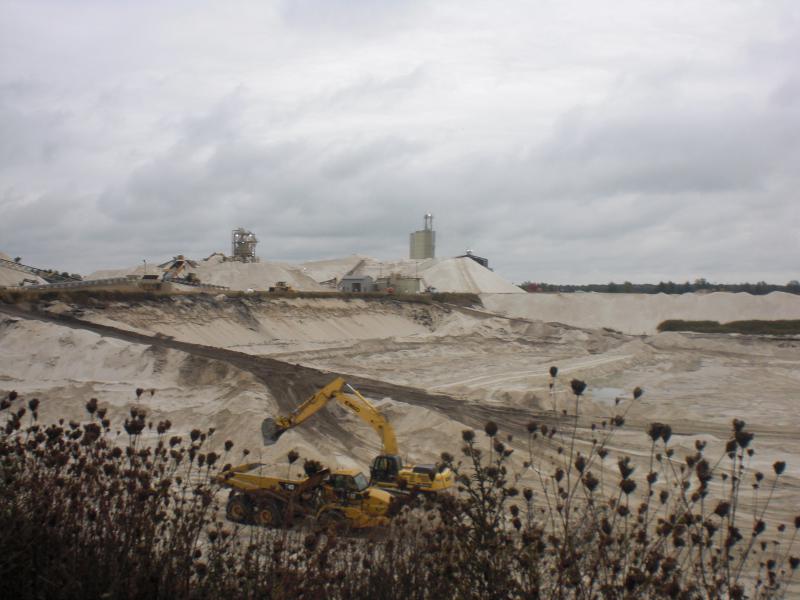 Wisconsin has huge deposits of this silica sand close to the surface. Texas currently leads the nation in sand-mining, but the state's deposits are buried much deeper -- less economical for the industry to extract. As recently reported by the Wisconsin Center for Investigative Journalism (WCIJ), at least 16 sand mines and processing facilities which have popped up in the last three years are currently in operation for fracking, and another 25 sites are seeking permits in 15 of the state's counties. While the area has previously hosted sand and gravel pits, this type of mining for fracking covers more land and has a more intensive process of mining. The methods vary from bulldozing vegetation, to mines that are primarily underground.

Texas Native Jesse McAnally, safety manager of a sand mine near Tomah, Wisconsin, told the Center for Media and Democracy "This Wisconsin sand, it's the best in the country." As he spoke, he stood in front of 500 acres, parts of which were a former cranberry marsh, now leased by the Texas-based company Hi Crush for the next 60 years.

Residents Question The Cost of Sand Mining To Their Communities

A primary concern of local community members is that the cementing material which has held the sand together under the ground for centuries is made up of crystalline silica which is released during the mining and processing of the sand. The World Health Organization's International Agency for Research on Cancer has designated this particulate to be carcinogenic to humans, and the U.S. National Toxicology Program has deemed respirable crystalline silica as a known human carcinogen. The National Institute for Occupational Safety and Health has also recommended that the particulate be added to the list of potential occupational carcinogens. These conclusions were drawn mostly from research done in occupational settings, and there is a less data on the impact of sand mining on local communities.

The state's Department of Natural Resources released a draft report last December on the potential hazards of crystalline silica to surrounding communities, noting that there was not enough data to make any firm conclusions.

University of Wisconsin-Eau Claire Associate Professor of Environmental Public Health, Crispin Pierce, told WCIJ that the proliferation of mining operations in Wisconsin increases the risk of exposure outside the workplace.

The state's water supplies are also threatened as sand mining destroys sandstone formations which serve as giant filters for local aquifers. The mining process can use thousands of gallons of water which can also deplete aquifers. Concerns also exist over returning mining waste to mine sites as part of agreements made by companies and local municipalities to attempt to restore the land after it has been sucked dry of its sand.

Residents also worry about the high traffic of trucks carrying heavy loads on rural roads which is required in the process of mining and processing the sand. The trucks will bring not only air and noise pollution -- but also potholes.

This is not to mention that the sand will be used in fracking, which threatens the health and environment of residents in other communities.

The growing number of proposed mines have launched the state into unchartered waters. Many companies are obtaining permits from towns that have never dealt with sand mining before, and that don't have robust land-use controls. The local governments are unprepared to deal with these huge companies and are unfamiliar with what to anticipate from the mines and processing sites. This means these sites can be built literally across the street from homes or up-wind of schools.

The restrictions for sand mining are much more lenient than other types of mining. This means that communities don't have much power to prevent the sand mining companies from coming in, but do have legal tools to determine where the mining sites are located, Kendra Wochos, litigation paralegal with Midwest Environmental Advocates, told the Center for Media and Democracy.

Without proper zoning ordinances, all it takes is a community member to sell their lot and then the neighbors will see their property values plummet and watch as the snow-colored sand settles in their yards and the fine particulates fill their air -- and lungs.

Chippewa County resident Ann Kuhlman describes the small village of New Auburn, which she says was "sold out" by the farmers around it. A community which she describes as people "only looking to have peace," now is surrounded by sand mines and processing sites and the problems that come with them. A few weeks ago, a resident filed a complaint after she was kept up all night by trucks bringing cement to a sand processing site, in violation of a noise ordinance. The train traffic has also increased as the sand is transported to other parts of the country for fracking. The area has turned into an industrial complex, Kuhlman said.

"In the beginning the big companies were taking the local farmers to the cleaners. Sometimes a deal was done with just a handshake, and then it was notarized," retired English teacher Heather Andersen who lives in the small town of Bloomer, Wisconsin told the Center for Media and Democracy. Andersen is one of the few residents from her community that stood up to Texas-based Superior Silica Sands to keep them from mining in their town. Her efforts did not succeed, but she continues to create resistance to the expansion of sand mining in her community. 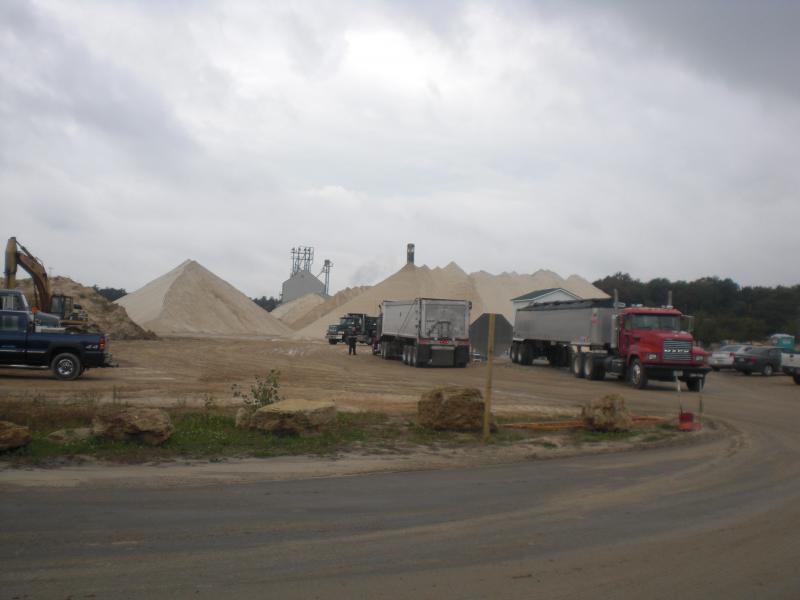 Mining, including sand mining, is not new to the state but the speed with which these companies are moving in is. In the past, sand was both mined and processed on the same site, largely away from communities. Now, the different stages of preparing the sand for fracking are located in separate sites, some within cities and residential areas.

Local Residents Up Against The Methane Gas Industry

When a corporation wants to build a sand mine in Wisconsin, they must deal with the local county, city and township governments. This means the most effective way for residents to fight back is through the proper use of the state's zoning ordinances. Wisconsin gives zoning power to counties, towns, cities and villages. Thus, local communities hold a set of powers they can use to protect the health, safety and welfare of community members. Resistance to sand mining in Wisconsin includes grassroots citizen groups like Concerned Chippewa Citizens, currently changing its name to the Save Our Hills Alliance, and Loyalty to Our Land, which are working to use the local resources at their disposal and spread information to other Wisconsin residents. Midwest Environmental Advocates, a Madison-based non-profit legal center, is also offering educational services on what legal tools are available to local residents.