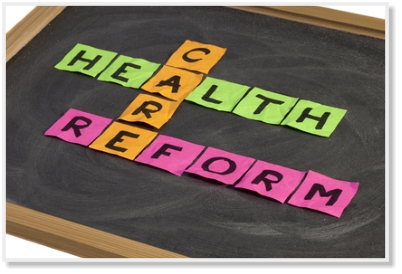 At a January meeting of several hundred patient and consumer advocates in Washington, a top aide to Health and Human Services Secretary Kathleen Sebelius all but pleaded with those in the audience to bombard the Obama Administration with messages insisting that the law be implemented as Congress intended. Rest assured, he told them, that the insurance industry's lobbyists were relentless in their demands that the regulations be written to give them the maximum slack.

One example: a section of the law expanding the rights of consumers to appeal adverse decisions made by their health plans.

"The Affordable Care Act will help support and protect consumers and end some of the worst insurance company abuses," read an Obama administration fact sheet from last summer.

The fact sheet went on to assure us that the new rules would guarantee consumer access to both internal and external appeals processes "that are clearly defined, impartial, and designed to ensure that, when health care is needed and covered, consumers get it."

"In implementing this law, we have worked to end the worst insurance company abuses, preserve existing options and slow premium increases," an administration official said. "Through it all, protecting consumers has been -- and remains -- our top priority."

The rules, originally scheduled to go into effect July 1, 2011, were actually written by the National Association of [State] Insurance Commissioners (NAIC), which was tasked by Congress to develop several important regulations required by the law. If the law is implemented as the NAIC recommends, patients will be able to get an external appeal of a broad range of coverage denials, including denials that result from an insurer's decision to rescind, or cancel, a patient's policy -- not just denials made on the basis of "medical necessity" as determined by the insurer.

The NAIC's standards also say that insurers must provide consumers with clear information about their rights to both internal and external appeals, and that the companies must expedite the appeals process in urgent or emergency situations.

Insurers Push Back Hard; is the White House Capitulating?

Well, surprise, insurers don't like being told what to do by regulators. So they're pushing back hard. Consumer advocates who have been in meetings at the White House in recent weeks say they believe the administration is bending over backward to accommodate the insurers.

"We have reason to fear that the external appeal regs won't be very consumer friendly," said Stephen Finan, senior director of policy for the American Cancer Society Action Network.

Finan and representatives of several other consumer and patient rights organizations, including Consumers Union, the National Partnership for Women and Families and the American Diabetes Association, wrote officials in the Departments of Labor and Health and Human Services in late January pleading with them to "stand firm for consumers" in rejecting several of the insurance industry's demands. 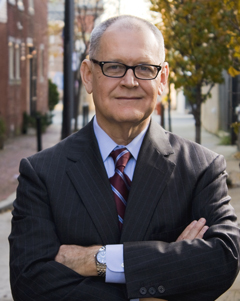 They expressed concern that the final regulations would allow insurers to stack the decks against patients by allowing health plans to deem a second-level internal appeal of a denial as meeting the requirement for an independent external appeal. They're also worried that health plans will not be required to provide clear and understandable information to policyholders about their denial decisions, that the plans will not provide adequate translation of written communications into other languages (insurers are claiming this would be too burdensome), and that they will be able to take as long as 72 hours (instead of the recommended 24) to decide an urgent appeal.

Equally as frustrating for the consumer advocates is the administration's indication that they will give the insurers until January 1, 2012, rather than July 1, 2011, to comply with the regulations.

Consumer advocates say the administration has told them that the reason it is proposing to delay the effective date of the new rules for half a year is to accommodate the health plans' enrollment cycles and marketing needs. Health plans do need adequate lead time to make changes to their systems and to prepare materials to inform their customers of new procedures, especially in multiple languages, so some of their push back is understandable. The new regulations will also add to the insurers' administrative costs, and the new law limits how much they can spend on overhead.

But the consumer groups believe the administration itself has caused some of the problems by taking so long to finalize the regulations. The NAIC got its work done comparatively swiftly.

"There is a clear pattern of leaning toward the insurance industry more than consumers," one of the patient advocates told me.

The consumer advocates, most of whom not so long ago were applauding the Democrats for getting reform enacted, even if it fell short of their original goals, are becoming increasingly discouraged, partly because there are so many more lobbyists for the insurers than for consumers. It's hard to compete with them.

"We're outnumbered 100 to 1," said one of the consumer advocates.

It's clear," he added, "that the insurers are willing to make life more difficult for patients" by trying to weaken and delay the consumer protections.

It's also clear that, at least for now, the insurers seem to have the upper hand in dealing with the White House.