50th Anniversary of The Pill: Triumph and Controversy | PR Watch

50th Anniversary of The Pill: Triumph and Controversy 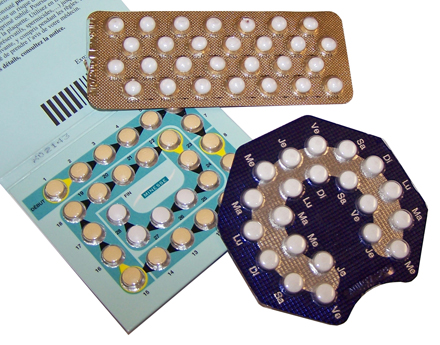 In May of this year, the oral contraceptive known as "The Pill" turns 50 years old, and on this anniversary it is worth reflecting on the Pill's impact, and the obstacles women have faced in obtaining and using it.

The pill first became available at a time when thirty states still banned the promotion of birth control. At first, its promotion was covert; doctors prescribed it for treatment of "female disorders." In the decades that followed, the pill was blamed for instigating the sexual revolution and encouraging promiscuity among young women. Little of this held true, as even Planned Parenthood required women to be married to receive the pill in the 1960s. At the time, one doctor explained it this way: "The presence of the pill does not make people decide to have sex. It is after they decide to have sex that they go get the pill."

Societal Benefits of The Pill

Women most benefited from the pill from the control it gave them over their own bodies. Rather than relying on their partner to use male contraceptives, women could choose when to get pregnant. This allowed women in the 1970s to engage in educational pursuits beyond a high school degree. Employers no longer had the excuse of discriminating against qualified women in hiring because they would become pregnant and quit. As Time Magazine reported, "From 1970 to '80, women went from comprising 10% of first-year law students to 36% and from 4% of business-school students to 28%."

As we celebrate the positive benefits of the Pill, it is worth noting recent efforts by the government to erode family planning efforts. The Deficit Reduction Act of 2005 increased the cost of birth control at campus health clinics by four to five times, impeding access to birth control. Around the same time, the encouragement of "conscience clauses," which allow health care workers and pharmacists who are morally opposed to the pill to refuse to fill its prescription, has also made access to the pill more difficult to obtain in some areas.

The Battle Against Contraceptives Continues

In Wisconsin, a prosecutor in the Juneau County District Attorney's office is urging schools not to follow a new state law that requires school sex education programs to tell students about the proper use of contraceptives. He warned that teachers face "possible criminal liability" for teaching youths how to use contraceptives. Only about half of Missouri hospitals have a written policy requiring rape victims to be counseled about emergency contraception -- the so-called "morning-after pill." Fewer than half of the state's hospitals even keep the medication on hand, despite that, on average, four rapes are reported each day in Missouri, and many more go unreported. Two bills introduced in the Missouri Legislature would require that rape victims be told about emergency contraception and would require emergency departments to keep it on hand, but neither bill is moving toward a vote. Catholic hospitals, which comprise 12.5% of all U.S. community-based hospitals, follow the U.S. Conference of Catholic Bishops' religious directives on medical care that bar contraception. Pharmacies in Catholic hospitals do not sell the Pill or any other contraceptives, even though these hospitals are often the largest and best-equipped medical facilities in an area. The Pill also remains costly and unaffordable for lower-income women, and its prescription entails additional burdens compared to other medications. Some insurance companies require women to refill birth control prescriptions every month, usually with a co-pay of about $20, instead of allowing a three-month supply. Attempts to persuade the U.S. Food and Drug Administration to let the pill to be sold as an over-the-counter medication have gone nowhere.

To be sure, we have come a long way in the use and availability of contraceptives, but we also have a long way to go.

the is no question that the pill had a huge impact on the social history of women, but no piece on the pill should neglect the debate as to its safety. check into the work of Barbara Seaman (eg The Doctor's Case Against the Pill and The Greatest Experiment Every Performed on Women). Also consider the fact that the World Health Organization categorizes synthetic estrogens (which birth contrl pills are made out of) as a known carginogen. Furthermore, the drug companies who make hormonal birth control products have shown themselves to be more interested in profits than altruism. They are currently in the midst of marketing their latest incarnation of the pill - the "seasonal" version - by convincing young women that continuous use of these drugs for menstrual suppression is a "choice" for themodern woman who cant be bothered with periods . By positioning menstruation as icky and inconvenient, marketing wizards are attempting to intice women to expose themselves to synthetic hormones for 8 extra weeks per year by taking the pill for 3 month chunks of time continuously. The message is a hard sell, tho, because when women ar polled, they report a tendency to welcome their monthly periods as a sign they are not pregnant and that they are cycling normally. In other words, most women see regular menstruation as a healthy sign and hormonal suppression as unnatural and unhealthy. This sentiment is supported by the research work of the Society for Menstrual Cycle Research. Here is their position statement on menstrual suppression. http://menstruationresearch.org/position-statements/menstrual-supression-2007/