- by Connor Gibson of Greenpeace

At a well-attended energy forum hosted by Politico, I shed some light on the role of coal lobbyist Jeffrey Holmstead in blocking pollution reductions for his coal utility and mining clients after he said we can’t “regulate our way to clean energy.” Here’s the video:

A decade and a half after farmers began planting the first genetically engineered (GE) crops, the future is clear. The scientists who pioneered genetic engineering thought of themselves as environmentalists, creating products that could reduce pesticide use. Instead, they have simply perpetuated the same "pesticide treadmill" as their pesticide-peddling counterparts resulting in the application of a greater volume of ever more toxic pesticides.

In case you had any doubt that California's Prop 37 -- which would require labeling of food containing genetically-modified organisms (GMOs) -- is a significant threat to industry, a top food lobby has now made it perfectly clear. 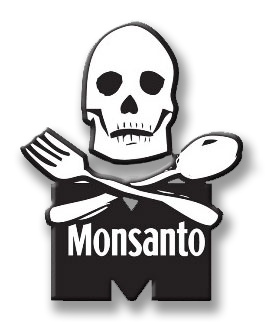 After a series of court defeats over the past few years, Monsanto and friends are trying to use Congress to make an end-run around the courts and current law. Lawsuits brought by opponents of genetically engineered (GE) crops resulted in the temporary removal of two products -- Roundup Ready Alfalfa and Roundup Ready Sugarbeets -- from the market. If the biotechnology industry and the legislators they support have their way, future GE crops will not suffer the same fate.

This story was first published by Alternet and is being cross-posted by the Center for Media and Democracy's Food Rights Network.

Driving through Ngong Hills, not far from Nairobi, Kenya, the corn on one side of the road is stunted and diseased. The farmer will not harvest a crop this year. On the other side of the road, the farmer gave up growing corn and erected a greenhouse, probably for growing a high-value crop like tomatoes. Though it's an expensive investment, agriculture consultants now recommend them. Just up the road, at a home run by Kenya Children of Hope, an organization that helps rehabilitate street children and reunite them with their families, one finds another failed corn crop and another greenhouse. The director, Charity, is frustrated because the two acres must feed the rescued children and earn money for the organization. After two tomato crops failed in the new greenhouse, her consultant recommended using a banned, toxic pesticide called carbofuran.

Americans might remember that when the first mad cow was confirmed in the United States in December, 2003, it was major news. The United States Department of Agriculture (USDA) and the Food and Drug Administration (FDA) had been petitioned for years by lawyers from farm and consumer groups I worked with to stop the cannibal feeding practices that transmit this horrible, always fatal, human and animal dementia. When the first cow was found in Washington state, the government said it would stop such feeding, and the media went away. But once the cameras were off and the reporters were gone nothing substantial changed.

-- by Campaign Staff at ColorOfChange.org 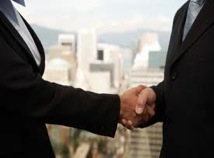 Last week, ALEC acknowledged that it was reeling after its corporate sponsors -- some of which pay hundreds of thousands of dollars at times for membership in the right-wing group -- started dropping like flies. In a statement that sidestepped any admission of wrongdoing for pushing voter suppression and Stand Your Ground/Shoot First bills nationwide, ALEC announced, "We are eliminating the ALEC Public Safety and Elections task force that dealt with non-economic issues, and reinvesting these resources in the task forces that focus on the economy."

-- by Donna Smith of the California Nurses Association/National Nurses Organizing Committee, originally posted on MichaelMoore.com. Donna's battle with medical bills and bankruptcy was documented in the 2007 Michael Moore film Sicko.

There has never been any doubt in my mind that if I face another cancer diagnosis that requires prolonged treatments and has an uncertain outcome, I would rather die than fight it. As an insured American who knows first-hand how quickly a cancer in my body turns to full out trauma in my career and in my finances, I just cannot do it again nor can I ask my husband to risk his own life and security either. It wouldn't be fair.

"The world, that understandable and lawful world, was slipping away."

-- William Golding, Lord of the Flies

Question of the day: What interest would a corporate lobbyist group have in expanding the rights of citizens to shoot and kill each other?

A great deal has been written about the shooting deaths of Trayvon Martin and Bo Morrison over the past several weeks. I don't need to rehash that conversation, as there is little I can offer regarding specific facts of those cases. What I would like to do instead is examine why these Castle Doctrine/Stand Your Ground Laws have been promoted with such enthusiasm by the American Legislative Exchange Council (ALEC).

I have written about ALEC in several prior posts, including Enemy at the Gates and Contempt, thy name is Fitzgerald. In short, ALEC is a corporate lobbyist group that writes model legislation favorable to its corporate members and presents this legislation for passage in statehouses across the nation. The conduit for this legislation are the legislators who are also members of ALEC. This partnership between corporate lobbyists and politicians has been very fruitful for the corporations hawking their legislation. This is fact, not conspiracy theory, as evidenced when ALEC legislation was recently introduced in Florida still bearing the ALEC mission statement.