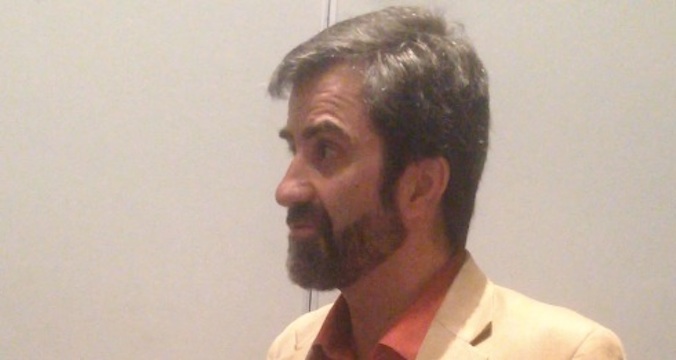 Before the Heartland Institute became famous for its leading role in climate change denial, the group spent many years working to defend the tobacco industry. Just as the group is now known for its over the top attacks on climate scientists, Heartland once played a large role in criticizing public health experts and others calling attention to the dangers of cigarette smoking.

At a mining conference in Denver earlier this month, Republic Report spoke to the Heartland president Joe Bast about his past support for the tobacco industry. In an opinion column titled "Five Lies About Tobacco," Bast once repeatedly claimed that health concerns regarding cigarette smoking were overblown and worth ignoring. At first, Bast denied that he had ever dismissed concerns about smoking and disputed the quote we read to him.

"In 1998, you wrote in a Heartland op-ed that smoking cigarettes has little to no adverse health effects," we noted. "Do you stand by that?"

"No, I never wrote that," replied Bast. "Why would I have written something like that?" Bast asked to see the op-ed, and promised to "contest" it.

Later, Republic Report returned and read Bast's op-ed to him. Watch the video below:

After reading his op-ed to him — which claimed moderate smoking is not deadly and has "few, if any adverse health effects" — Bast then reaffirmed his comments, but hedged, arguing that he meant "one or two cigarettes a day or week." We read another line from his piece, which at the time claimed up to seven cigarettes a day does not raise the risk of lung cancer. Bast again confirmed his sentiment.

Heartland has gone to great lengths to argue that its attacks on public health or climate science are not motivated by the vast amounts of funding it receives from industry groups. But again, the tobacco wars are an instructive reminder of Heartland's agenda.

After litigation forced the disclosure of thousands of tobacco company documents, many Heartland letters to companies such as Philip Morris and RJ Reynolds were exposed to the public.

"Heartland does many things that benefit Philip Morris' bottom line," Bast once wrote to Roy Marden, the Manager of Industry Affairs for Philip Morris Management in a letter seeking $35,000 in contributions for Heartland from the tobacco company.

His evidence? A litany of reports, opinion pieces, and new articles placed by Heartland in defense of the tobacco industry and in opposition to those seeking to highlight the health risks associated with smoking.

"Heartland has devoted considerable attention to defending tobacco," wrote Bast in the letter. He pointed to several examples, including "two of my essays, titled 'Five Lies About Tobacco' and 'Joe Camel is Innocent.'"