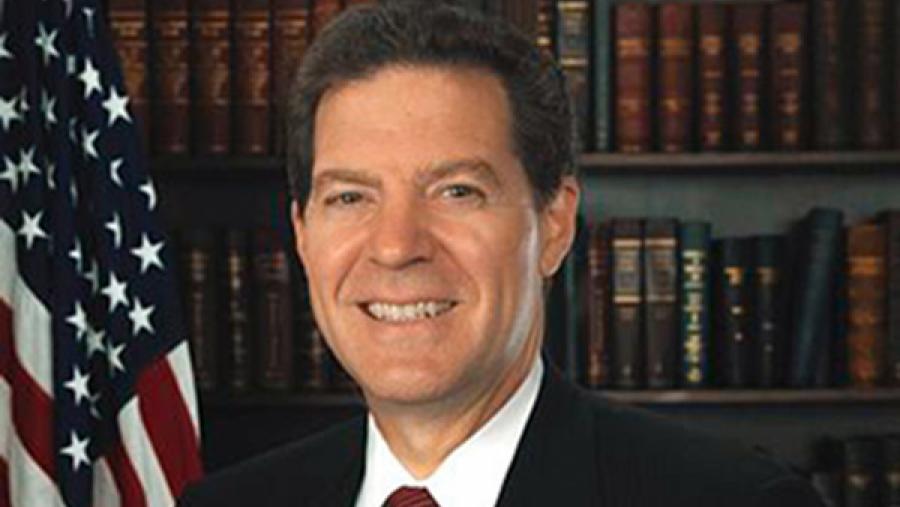 When he was elected in 2010, Kansas Governor Sam Brownback began to slash core government services and privatize the rest. His austerity politics resulted in the state being downgraded by S&P in August 2014, and his privatization initiatives have also drawn criticism, causing one leading Republican to state, "I had hoped that it wouldn't be as extreme as it's been ... what we didn't know was that Sam would use this state as crash test dummies for his own fiscal experiments."

While Kansas partially outsourced the enforcement of child support to private corporations and law firms in 1997, the private players were only awarded around 20 percent of the contracts; the rest went to public state agencies. In March 2013, however, the Kansas Department of Children and Families (DCF) announced that all child support services would be outsourced, and a request for proposal was issued. Not limited to enforcement, the contracts would include services connected to court petitioning, locating parents, and establishing paternity, which had never been in private hands before.

"Collection is a function that can be carried out more efficiently and more cost-effectively by private companies," DCF secretary Phyllis Gilmore said at a press conference. Similar blanket statements, seldom backed by empirical evidence, are often echoed by privatization proponents, regardless of which public services they want to outsource. In this particular case, there is little evidence to support Gilmore's sound bite. A 2013 report on the privatization of child support services commissioned by the Mississippi Legislature, for example, concluded that "the significant additional cost of privatization would outweigh the potential additional benefits."

Child support is indispensable for hundreds of thousands of vulnerable Kansans, mostly single women and children. Nationally child support "represents 40 percent of family income for poor families who receive it, and reduces the poverty rate for children in these families by nearly 25 percent," say experts.

According to research group In the Public Interest, a comprehensive resource center on privatization and responsible contracting, "many children and adults rely on government-provided health and human services. The ability of these programs to deliver services efficiently and appropriately can be a matter of life and death. Numerous state and local governmental entities are finding that turning over these programs to private contractors not only fails to achieve projected cost savings but also decreases access to these important services, hurting many vulnerable families. In many cases, the service quality declines dramatically and many sick or at-risk people are left with substandard care."

In June 2013, DCF announced that four firms had been awarded contracts. The winner among the winners was YoungWilliams -- a nationwide company based in Mississippi -- that received two-thirds of the caseloads or 85,000 child support cases, worth some $50 million. While YoungWilliams boasted that it landed the contract because of its "innovative service delivery structure," there might be more to it than that.

Rob Wells, CEO of YoungWilliams, met Brownback at a fundraiser for the gubernatorial hopeful in 2010. He and his wife went on to donate $2,000 each to Brownback's campaign -- the largest contribution allowed under state financing laws. But this pales in comparison to the $67,500 retainer he paid for GOP lobbyist Austin Barbour's services. Through his lobbyist network, Barbour arranged for a private meeting with Brownback's chief-of-staff David Kensinger (currently under FBI investigation for illegal lobbying) and some of the governor's closest aides. The parties met to discuss child service privatization in the conference room of what used to be the State Treasurer's Vault of the Kansas Statehouse, far from the public spotlight.

Asked whether there was any research in support of Thomas' project of wholesale privatization, a DCF spokesperson said, "No ... It was an informal kind of pitch, I guess; research done, based on her ... experience in other markets."

It is too early yet to say what YoungWilliams will do with Kansas child support enforcement, but if history is any guide, outsourcing vital public services for vulnerable populations to companies that must turn a profit frequently leads to higher costs and worse services. Between 1995 and 2000, privatization behemoth Maximus was in charge of child support enforcement in two Tennessee counties. A report concluded that the company "spent more but collected less money for overdue child support payments in [these] counties, on average, than DHS did in the rest of the state." Sen. Hob Bryan (D-MS) characterized a similar situation simply as "a disaster" for Mississippi families and their kids.

But it is not clear if fact matters to the administration officials pursuing the privatization agenda. Shar Habibi from In the Public Interest notes: "The evidence suggests that expanding the outsourcing of a public service that many Kansas children dearly rely on, was influenced by campaign donations and expensive corporate lobbyists, instead of an objective analysis of what was in the public's best interest."

I would love to hear from other parents that feel this contractor is not doing the job they are paid for aliciamein@yahoo.com. My child support was reduced during a hearing for which I was not notified. I have tried to file a complaint with DCF and have not been given any opportunity to talk with the director. I hired a private attorney that recused himself from the case.