Scott Walker Begins His 2016 Run for the White House 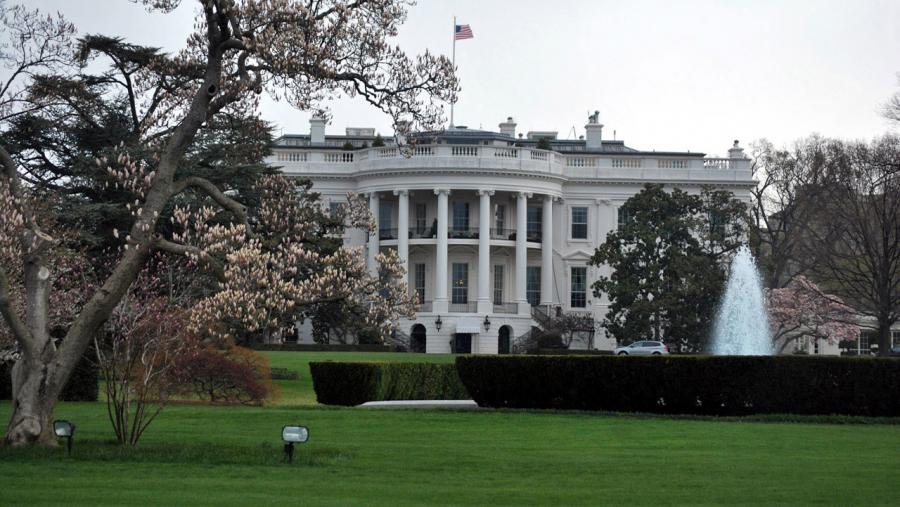 Scott Walker will announce for president today. After standing for 25 primary and general elections in 25 years, Walker has now set his eyes on the White House. As he officially hits the campaign trail this week, he will tout himself as a “fresh face” and a bold reformer, a man who took on the big unions and revitalized Wisconsin’s economy, a straight shooter who says what he is going to do then does it.

From our bird’s eye view on the Wisconsin Capitol, we think all these claims deserve close scrutiny. Here is what you need to know about Walker’s record.

Walker could be the first ALEC president with the backing of the Kochs. On the campaign trail, Walker has boasted of a long series of legislative "reforms," failing to mention that almost all of them have their roots in the American Legislative Exchange Council (ALEC). At ALEC, lobbyists and politicians vote behind closed doors on 'model bills' that benefit the corporate bottom line, such as the perennially-popular "Minimum Wage Repeal Act.” Walker has spoken out against the minimum wage, rolled back the prevailing wage for public construction projects, and proposed or signed into law over 20 ALEC bills including Voter ID, anti-consumer tort reform legislation, school vouchers, and a deadly asbestos bill that narrows access to the courts for asbestos victims. His ties to ALEC run deep. He was a member of ALEC when he was a state legislator from 1993 to 2002. The Kochs are among ALEC's biggest funders and also major Walker supporters, with the Kochs and their affiliates spending some $11.6 million backing Walker since 2010. David Koch, the billionaire co-owner of Koch Industries, told Republican donors in April that Wisconsin Gov. Scott Walker was his man for president. “We will support whoever the candidate is,” Koch said, “but it should be Scott Walker.”

Walker will be welcomed warmly at ALEC's conference in San Diego, Thursday July 23.

Walker’s budget leaves behind a $490 million structural deficit and a stagnating economy. On Sunday, Gov. Walker signed a new biennial budget bill in an attempt to address a staggering $2.2 billion dollar deficit. One expert called the deficit “a self-inflicted wound,” created entirely by Walker’s own policies of tax breaks for the rich and austerity for the middle class. The bill slashes $250 million from the University of Wisconsin; massively expands school privatization through school vouchers for private and religious schools (costing taxpayers $600-800 million over 10 years), and includes over 100 policy provisions that did not have a public hearing. Although the governor has recently been projecting future budget surpluses, Wisconsin is still facing a structural deficit of some $490 million. Part of the explanation for the deficit is that Wisconsin’s economy has stalled. Wisconsin ranks 40th in job growth and 42nd in wage growth, and Walker’s 2011 anti-union Act 10 bill, combined with “right to work” and the rollback of prevailing wages in the budget, will lower wages for almost 600,000 public and private workers in this small state. No wonder a 2015 Pew study says that that Wisconsin’s middle class is shrinking faster than any other state in the nation.

Walker is ceaselessly in campaign mode, governing by “bombshell” and sneak attack. Walker has run 25 primary and general elections since first running for the state legislature as a young man in 1990. Now, as he runs for president, Walker’s first campaign video features Paul Ryan saying repeatedly that Walker “said what he was going to do, then he got elected and did it.” Yet as the Milwaukee Journal Sentinel notes, Walker is hardly a straight shooter; he governs by “bombshell.” Walker never spoke of ending collective bargaining when he campaigned for governor in 2010. In fact, he told editorial boards that he would bargain with public workers. Yet he later claimed that he had “campaigned” on the proposal to end collective bargaining, a statement that earned him a “false” from Politifact. Walker told the public the measure was necessary to balance the budget, but told a top donor that the attack on labor was part of a "divide and conquer" strategy. Shortly before his 2014 election victory, Walker ran an ad saying abortion is a decision best left to women and their doctors, then this week signed into law some of the most extreme abortion restrictions in the nation. Before the election he said he was not interested in “right to work” attacks on private-sector unions, then after being sworn-in turned around and signed the bill into law.

As his budget was unveiled in February 2015, he gave an hour-long speech about his spending plan, but failed to mention that his budget bill axed “the search for truth” and the “Wisconsin Idea” from the mission of the University of Wisconsin. He said the change was a “drafting error,” then a "miscommunication." But his public statements were undermined by documents obtained through public records requests, earning his explanation a "pants on fire" rating from Politifact and generating scorching headlines for weeks.

Walker and his staff have been under constant scrutiny for misconduct and now he is attempting to bury his record. Since his first day in office in January 2011, Walker has been under investigation, and six of his top aides and associates have gone to jail. A respected Republican special prosecutor has led a second probe alleging illegal coordination during the recall elections between the Walker campaign and dark money groups like Wisconsin Club for Growth and Wisconsin Manufacturers & Commerce. The future of the case is pending before a conflicted Wisconsin Supreme Court, whose conservative majority was elected with at least $10 million in backing by the exact same special interests under investigation in the probe.

The evening before the Fourth of July weekend, Walker’s budget committee stunned the state by gutting the open records law in a last-minute anonymous motion. After push-back from the Republican Attorney General and a bipartisan furor, legislative leaders backed down, but not after naming the governor as one of the parties behind the effort. In other words, just as he is announcing for president he is attempting to permanently bury his record. Walker is still attempting to deep-six his communications over the Wisconsin Idea “drafting error” in the courts and the issue is still being litigated in an ongoing lawsuit with CMD.

Walker has failed to create promised jobs, failed to create a job for himself. Walker is also in the midst of an ever-growing scandal around the jobs agency he created. Walker ran for governor in 2010 on a simple promise to create 250,000 jobs, and in one of his first bills after taking office, Walker privatized the state’s economic development functions, creating the Wisconsin Economic Development Corporation (WEDC) and making himself chairman of the board. The organization has made headline after headline for four years, plagued by allegations of law breaking and improper failed loans to donors that did not go through required underwriting. Two state audits in 2013 and 2015 show that WEDC is still breaking the law and their own procedures in a dozen different ways. The only official response from the legislature to the shocking audits has been to take Walker off the WEDC board and to propose dismantling the state’s nonpartisan audit bureau. At the end of the day, with millions in loans, grants and bonding authority, Walker’s WEDC has only created 9,257 jobs, and he failed to meet his 250,000 jobs pledge by 121,000, almost half.

Even after 25 elections in 25 years, Walker governs an extremely divided state. He won reelection in 2014 by the same narrow margin he won in 2010, and today 56 percent of Wisconsinites say they disapprove of how he is running the state.

Now Walker is poised to take his "divide and conquer" brand of politics to the national stage.

"...a straight shooter who says what he is going to do then does it." More like someone who does the exact opposite of what he says.
Governor Walker has egregiously pooled and diverted taxpayer money to corporate interests in the form of such programs as school vouchers and the WEDC (though these are just the tip of the iceberg), and there is a proven track record in his many public elections and administrations of sneakiness and corruption, yet he with a stroke of a pen this week removed funding to natural resource organizations that the Joint Finance Committee had earlier restored to nearly 90%. The veto he says, "Protects the integrity of segregated natural resources funds by eliminating $958,300 of earmarks for various organizations." He also says, "I object to earmarking these funds for specific conservation organizations without requiring accountability in the use of the funds." I know, first hand, of the multitudes of volunteer hours, energy, and efforts that are put into stewardship of this beautiful state by many, many people. It is highly organized, highly documented, and nothing short of unbelievable. It is the pot calling the kettle black. Governor Walker shows evidence of neither understanding nor practicing integrity or accountability. His actions indicate that he operates from a place of double standards, inflated entitlement, untruths and contradictions, and lack of empathy. He is constantly seeking higher power and creating for himself limitless control. This individual's behavioral patterns and psychological disposition may require a closer look and deeper analysis.
You have to admit that Walker has more spunk than the last hard right-wing governor picked by WI, Tommy Thompson. Thompson targeted the powerless poor, Walker targets labor and the middle class -- those who have the money and means to organize and push back, if they felt like it.
He only targets the middle class because the poor have already given everything they have to the rich toe rags. When they are able to scrape together some funds to survive the rest of Walker's term, Walkers raiders will be back to take those funds as well. Walker is a toxic mess and deserves to be in jail, not the White House. If he wins he won't be governing the country. The Kochs will.
Walker struck (lined it right out) the Wisconsin Idea from the University of Wisconsin systems higher education principles, then in response to outrage, claimed it was a "drafting error". An anonymous insert in his budget to gut open records was slipped in late on July 3 before a holiday weekend and voted "yes" by all Republican senators until outrage came knocking, again. Then, it was removed, and legislator Scott Fitzgerald stated that Walker had been involved with this. Walker says that he was not in favor of the Boy Scouts to allow gay leaders. Things should have stayed the same to "protect children and advance scout values." Now, again in response to outrage, he claims that he only (out of the kindness of his heart...not) wanted to protect children from the discussion about gays in Boy Scouts. A psychological evaluation is warranted. There seem to be a lot of nasty words and actions that are okay until they come head to head with outrage, then they mysteriously take a twist.
I read several stories in the New York Times yesterday, one of which was titled "Five Things You Need to Know about Scott Walker". It was desperately lacking in the real things people need to know about the man and his record. CMD's account should be submitted to the NYT with in rebuttal.