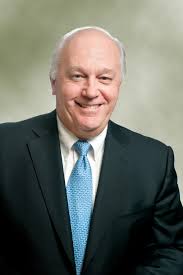 The chief executive officer of Maximus is Richard Montoni. Montoni received $16,194,847 in total compensation from 2008 to 2012, according to Morningstar, making him "America's Highest Paid Caseworker." Maximus' top executives are making a fortune off of vulnerable populations as well; they received cumulative compensation of $41,808,585 over the same period.

"The outsourcing of health and human services operations to private for-profit firms raises significant concerns for sick or at-risk populations who depend on them, as well as for taxpayers who all too often foot the bill for substandard service," said Lisa Graves Executive Director of the Center for Media and Democracy.

In 2004, the state of Wisconsin entered into a contract with Maximus to ensure the state received as much federal funding as possible for a mental health program serving young people, and paid Maximus a contingency fee for all the Medicaid money it garnered for the state. In September 2013, a federal audit charged that the state, acting on Maximus' advice, engaged in improper billing and as a result the state may have to return some or all of the funding it received. Wisconsin improperly claimed $19 for every $20 reported and now taxpayers may be on the hook for tens of millions.

That was not the first time Maximus landed in hot water for improper billing. In July 2007, Maximus, Inc. agreed to pay $30.5 million to settle a criminal investigation regarding falsified Medicaid claims. The federal government alleged that Maximus colluded with the District of Columbia's Child and Family Services Agency to help it falsify claims to Medicaid for services provided to children in DC's foster care program.

CMD will continue to profile some of the other CEOs who are living large off the taxpayer dime this month. The effort is part of our ongoing project, OutsourcingAmericaExposed.org, which focuses on the 12 firms doing the most to privatize public services. Read more about Maximus on our corporate rap sheet, which can be found here.

I'm appalled at the insults you throw to those who have worked hard all their lives to achieve personal goals. Men and women who have paid for their own educations, worked their way up the ladder each rung consisting of hard work, long hours and sacrifice to get to a position well deserved. No Mary, not everyone is born with a silver spoon in their mouth, some of us actually work to be able to eat off one eventually. In addition, the individuals that you coin "Highest paid ____" do more to pay back to society ( including charitable contributions) which Marry Bottari apparently you know NOTHING of or chose not to mention. They pay more in taxes then you or I will ever make which goes back into the welfare programs you so boldly claim are being victimized. After all, I'm sure as a well educated woman and "Highest paid loud mouth" you must realize that less the fifty percent of those who reside in our country pay taxes AND use the most services while the rest of us work and pay to maintain said government programs. So please Mary, next time do a fair and balanced article consisting of both sides of the issue.
<p>Thank you for your comment. Reporting someone's outsized salary made primarily off of&nbsp;taxpayers is not "throwing insults," but reporting facts. As is reporting on a $30 million dollar fine for falsified Medicaid claims.&nbsp;The dangers of hiring for-profit firms to provide social services to vulnerable populations was recently illustrated by this recent, shocking LA Times article "Private Foster Care System Created to Protect Children Endangers Some."&nbsp;<a href="http://www.latimes.com/local/la-me-foster-care-dto,0,5583241.htmlstory#axzz2pHWrwq8v">http://www.latimes.com/local/la-me-foster-care-dto,0,5583241.htmlstory#axzz2pHWrwq8v</a></p>
(1) Actually, almost everybody in the country pays taxes: FICA (Social Security), sales and other taxes. Further, as the Institute for Tax and Economic Policy has exhaustively documented, in virtually all states the lowest income quintile pays a higher - often a much higher - portion of their income in state and local taxes than do the top two quintiles or the top 5% (2) Who uses what amount of government services:well, who has the most to lose in the absence of "domestic peace and tranquility" - it's certainly not the 50% you incorrectly charge with not paying taxes. Who benefits most from the governmental largess in terms of low cost land form ranchers? In terms of airports and a flight control system that works? In terms of schools that educate a ,labor force? In terms of a public health system that limits/eliminates your risk of getting a broad range of diseases, many of which killed people in the past. I could go on but I think that, if you can reason, you get my point. Of course, a someone once said, ":there are none so blind as those who will not see."
I really appreciate your comments. We need to hear more of this. The rich are really the ones getting the most while paying the least....and they can afford to publicly demonize the poor in order to conceal this.
That "silver spoon" that Richard Montoni will be eating from will come at the expense of the lives of disabled people Maximus will destroy. It's nothing to be proud of achieving