For some, when the going gets tough, the tough gas up the custom-painted luxury motorcoach. 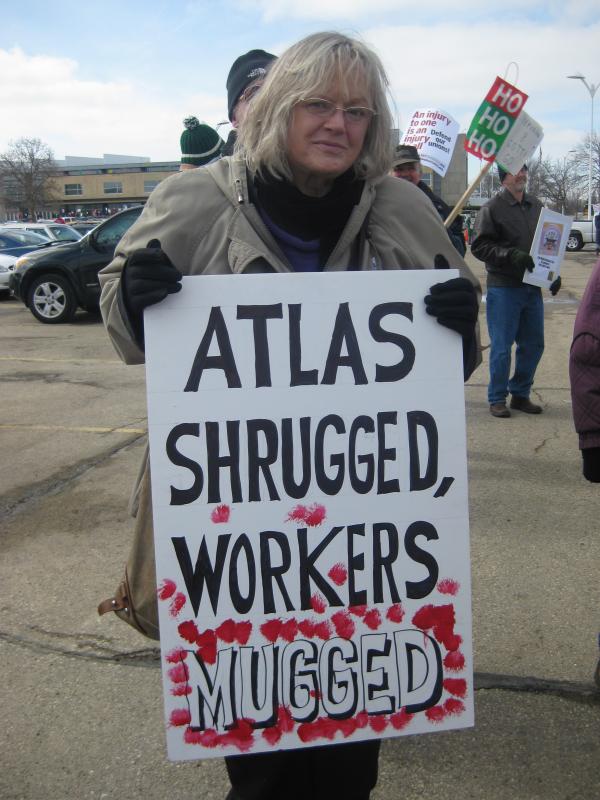 So it is with the Wisconsin branch of the Koch-backed group, Americans for Prosperity (AFP), whose four-day, ten-city bus PR event across Wisconsin to support controversial Governor Scott Walker started in Kenosha March 3 and concluded in Madison on March 7 -- but not at the Capitol, where the bus would have been surrounded by the tens of thousands of people gathered to oppose Walker's union-crushing "budget repair" bill. Instead, AFP ended its tour at the Alliant Energy Center, where protesters against Walker's radical proposals who were outside in the cold easily outnumber the pro-Walker crowd in inside the rented space.

And so it went with AFP's "Stand with Walker" Wisconsin road show. At every stop, the AFP PR gambit was met by some supporters, but it was also greeted often by an equal or a substantially greater numbers of opponents. A little-watched YouTube video of AFP's stop at Serb Hall on March 3, 2011 shows a group of about a dozen Scott Walker supporters, and a sidewalk packed with what appears to be about several hundred demonstrators against the governor's extreme proposals. 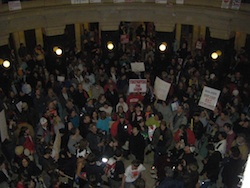 The University of Wisconsin-Madison School of Social Work invites you to a forum on the social welfare implications of the BUDGET REPAIR ACT and PROPOSED BIENNIAL BUDGET.

Presents a Teach-in on:

THE ECONOMICS OF THE WISCONSIN LABOR STRUGGLE

Monday morning, the Democratic Party of Wisconsin filed a complaint with the state's Government Accountability Board against Gov. Scott Walker, citing comments Walker made during a prank call phoned in by a Buffalo, NY blogger Ian Murphy masquerading as David Koch, one of the billionaire co-owners of Koch Industries and a top contributor to Walker's gubernatorial campaign. 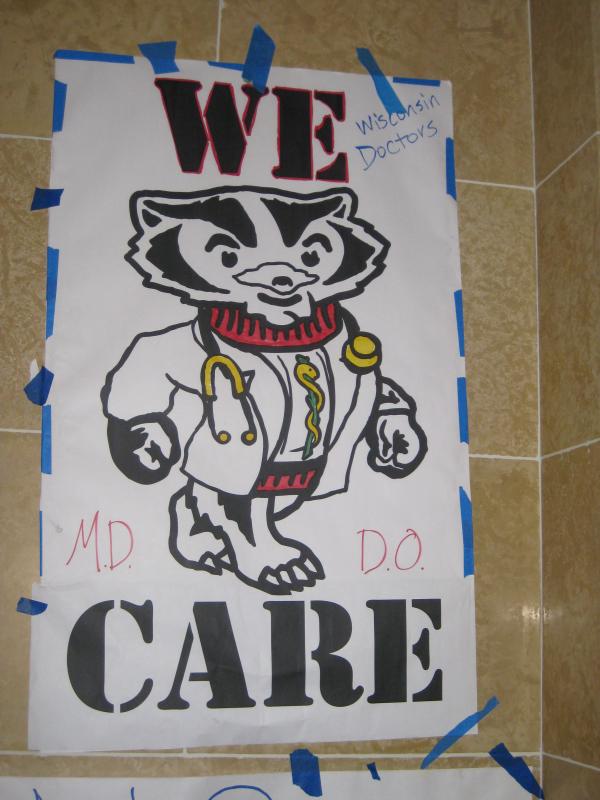 Gov. Scott Walker's office released documents Tuesday showing he's willing to give on some points of his union bargaining bill to break the Capitol standoff and bring Senate Democrats back from Illinois.

TWO WEEKS IN MADISON - A TRIBUTE 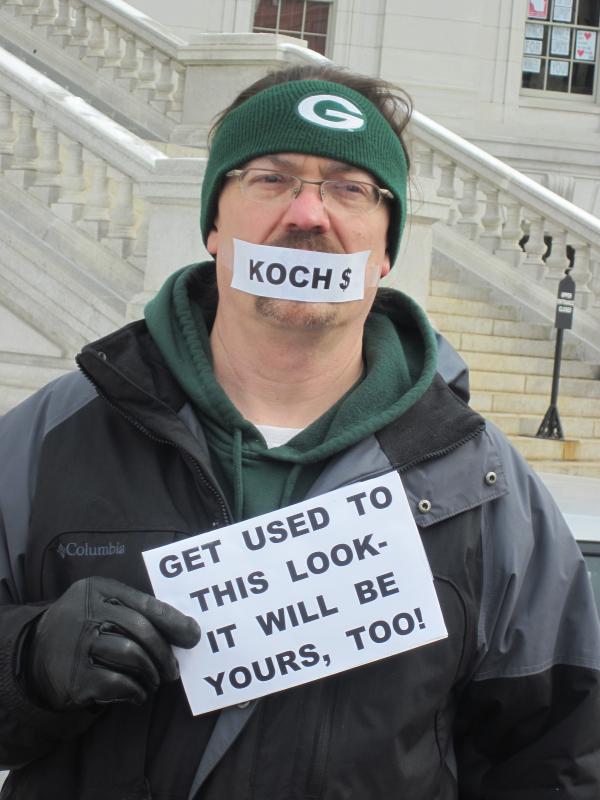 Monday morning, the Democratic Party of Wisconsin filed a complaint with the state's Government Accountability Board against Gov. Scott Walker, citing comments Walker made during a prank call phoned in by a Buffalo, NY blogger Ian Murphy masquerading as David Koch, one of the billionaire co-owners of Koch Industries and a top contributor to Walker's gubernatorial campaign.

According to its newly-minted website, the Advocates "are dedicated to supporting the University of Wisconsin-Madison ... [and] will promote greater accountability through enhanced autonomy for this unique institution." This lobbying effort is similar to efforts afoot in other states to use state budget issues to privatize public higher education institutions and put more assets and power at the disposal of powerful corporate interests.

After a disastrous bus tour around the state where protesters regularly outnumbered a small number of participants, the Americans for Prosperity "Stand with Walker" Bus Tour rolled into the Alliant Energy Center in Madison and about three people got off, according to a person on the scene. About a thousand protesters lined the driveway to the Alliant Energy Center with festive signs: "Atlas Shrugged, Workers Mugged" "We Changed our Mind, Now Resign!" "Americans for Plutocracy" and more.

(Updated 3/6/11)  MADISON--Responding to claims by the Walker Department of Administration that the cost to clean up the tape from citizens' signs in the Capitol would be $7.5 million, the Center for Media and Democracy today announced that it was willing to clean up the tape on the capitol's walls for a much lower bid, $75,000, although the actual cost for acetone and cotton balls and a little bit of elbow grease could be much closer to $7,500 or less.