Since the publication in May of his book, Heaven and Earth: Global Warming - The Missing Science, Ian Plimer has been the darling of conservative media commentators and the global network of climate change skeptics. Plimer, an Australian geologist, has been strongly criticized by climate scientists for errors in his book. More recently, he has been in the news over his challenge to British journalist, George Monbiot, for a debate over climate science. Monbiot agreed, subject to Plimer answering some questions in writing ahead of a debate, but Plimer retreated.

While a few news stories have made a passing mention that Plimer is a director of several mining companies, none have looked with any detail at which companies he is involved with, and how substantial his interest is. Recently, a volunteer editor on SourceWatch (hat-tip to Scribe), did some digging into Plimer's directorships with three mining companies, Ivanhoe Australia, CBH Resources and Kefi Minerals.

The Australian government's peak scientific research body, the CSIRO, has suppressed a research paper by one of its own environmental economists because it is critical of the design of the proposed 'cap and trade' greenhouse gas emissions reduction scheme. A paper by Dr. Clive Spash had been accepted for publication by the journal, New Political Economy. However, CSIRO managers wrote to the editor insisting that it not be published. In his paper, Dr.

Pacific Gas and Electric Company (PG&E), a California-based power utility, has resigned from the U.S. Chamber of Commerce over what the utility's chairman and CEO, Peter Darbee, describes as "fundamental differences" over climate change policy.

In September 2001, the George C. Marshall Institute, a Washington D.C. think tank, appointed Matthew B. Crawford as its Executive Director. 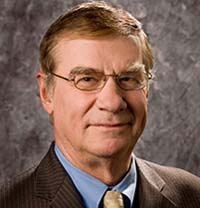 The pharmaceutical company Merck "paid an undisclosed sum to Elsevier to produce several volumes of a publication that had the look of a peer-reviewed medical journal, but contained only reprinted or summarized articles -- most of which presented data favorable to Merck products." The Australasian Journal of Bone and Joint Medicine carried "ads for Fosamax, a Merck drug for osteoporosis, and Vioxx" and "appeared to act solely as market

The core of the small global network of global warming skeptics are once more gathering at a conference organized by the Heartland Institute, a corporate and foundation funded think tank based in Chicago.