The debate over banks and banking came front and center this week. In his toughest language yet, President Barack Obama vowed to veto financial reform legislation that is not tough enough on Wall Street. "The lobbyists are already trying to kill it," Obama told Congress in his State of the Union address. "Well, we cannot let them win this fight.

The White House has invited a special guest to attend President Obama's State of the Union address: Trevor Yager, the openly gay founder and co-owner of TrendyMinds, a successful advertising and public relations firm based in Indianapolis, Indiana. The President will feature the agency for its growth and charitable contributions in 2009, and as an example of a business that has benefited from White House policies.

While President Obama is in Washington talking about putting a freeze on government spending, soon millions of American families will be out in the cold. In one month, one million Americans are slated to lose their unemployment insurance. Millions more will follow.

Opposition has been mounting to the reconfirmation of Ben Bernanke as Federal Reserve Chairman. In recent days, Senators Barbara Boxer (D-CA) and Russ Feingold (D-WI) and John McCain (R-AZ) announced that they would vote no. Today, Senator Tom Harkin told the DesMoines Register he would be a no vote. If Bernanke does not get a vote this week, before the formal end of his first term, it would send shock waves through Wall Street.

Although he was named Time magazine's "Man of the Year" due to his handling of the financial crisis, Boxer and Feingold reprise a bit of forgotten history. “Dr. Bernanke played a lead role in crafting the Bush administration’s economic policies, which led to the current economic crisis. Our next Federal Reserve chairman must represent a clean break from the failed policies of the past,” said Boxer.

Obama's throwdown comes hard on the heels of the special election in Massachusetts in which public outrage over the bank bailout and the state of the staggering economy played a major role. As we have already reported, Republican Scott Brown seized the Democratic stronghold by billing himself as a man of the people and using public dismay with the Wall Street bailout to his advantage on the campaign trail. On Thursday, Obama showed he got the message.

For the first time, the President's narrative directly blamed Wall Street for the crisis and proposed a major structural reform to business-as-usual. After freeing former Federal Reserve Chairman Paul Volcker from the closet he had been stuffed in at the Treasury Department, Obama brought him out to announce new measures long advocated by Volcker.

Massachusetts Attorney General Martha Coakley lost her special-election for the Senate seat vacated by the untimely passing of U.S. Senator Edward Kennedy. Much has been said about the role of health care reform in the race. Apparently everyone in Massachusetts has health care and reasonable doubts about an expensive national plan that might not improve their services.

But in the final days -- lagging in the polls -- the race was less about health care and more about the Wall Street bailout and the state of the economy. Her opponent, Scott Brown, successfully capitalized on the bailout blues and Coakley pulled out the big guns and resorted to a theme she perhaps should have emphasized throughout, bashing the big banks. 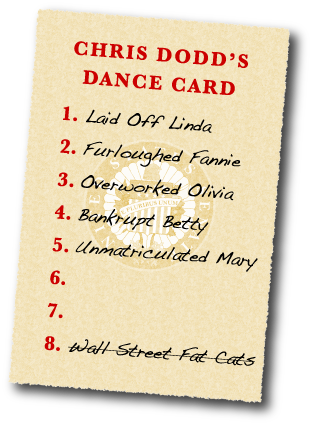 On Friday, the Wall Street Journal reported that President Obama's signature financial reform, a Consumer Financial Protection Agency (CFPA), was in trouble in the Senate.

Senate Banking Chairman Chris Dodd (D-Conn.) was considering dropping the idea of creating an independent, stand-alone consumer protection body, empowered to crack down on banking abuses, in order to get a regulatory revamp passed this year with bipartisan support. Dodd is apparently considering shrinking the CFPA into a division of an already-existing federal agency (no doubt one with a proven track-record of failing consumers.)

Dodd is faced with a dilemma. Although he introduced a rather strong financial services reform bill in Congress last year -- one which creates an independent CFPA, curtails the powers of the Federal Reserve and tackles many Wall Street abuses -- it appears that big bank lobbyists who have spent millions fighting reform are now chipping away at his bill.

U.S. Attorney General Eric Holder appeared before the Financial Crisis Inquiry Commission today. He cited his strong statutory authority to go after the firms that had a role in the worst economic disaster since the Great Depression. His team was tackling securities fraud, accounting fraud, financial discrimination and fraud related to the stimulus bill. It was an impressive list, but what was not impressive was the first case he touted – Bernie Madoff.

You remember Bernie. His kids turned him in. It appears that the FBI considers this the high-water mark of criminal detective work.

The top bankers that were called to testify before the independent Financial Inquiry Crisis Commission in Washington today touched on the drama of the September 2008 financial crisis. They complained of nervous anxiety and sleepless nights. They didn't apologize for a thing, but they did -- to a man -- express their deep appreciation to the American taxpayer for saving their hides. 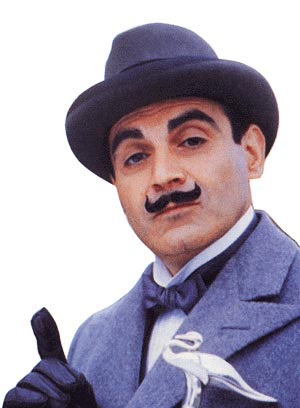 The independent Financial Crisis Inquiry Commission got underway this morning in Washington. The commission was authorized by Congress to get to the bottom of the causes of the financial crisis and produce an independent report, much like the 9-11 commission.

The commission sent a strong message by first putting under oath the titans of Wall Street. They didn't pick the subprime mortgage lenders or Fannie Mae or Freddie Mac. They didn't pick the credit rating agencies. They didn't even pick the big housing or investment firms that failed. Instead, they chose the largest firms that survived the crisis and now are profiting off of it due to the extraordinary interventions of the U.S. government.