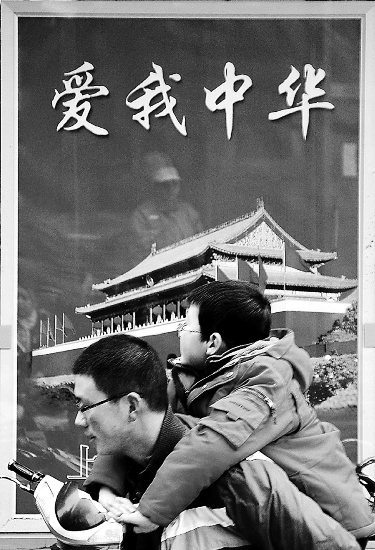 Patriotic billboards around Shanghai, China carry the Chinese expression for "Love our China." The message, however, uses a variation for the word China, "Chungwa," which happens to be identical to the name of a best-selling cigarette brand made by the Shanghai Tobacco Group. The bright red billboards bear a picture of the historic Tianamen Gate at the entrance to the Forbidden City, but do not have any images of cigarettes. They do carry a warning, though, that says, "Smoking can damage your health," indicating that the boards refer to the cigarette brand as well as the country. Shanghai Tobacco claims that the "Love our China" billboards promote patriotism and thus are a public service campaign, but Chinese legislators argue that they are cigarette ads and should be banned. China signed onto the Framework Convention on Tobacco Control, a global World Health Organization treaty to regulate tobacco industry practices. Under the treaty, China committed to banning all types of tobacco promotion by 2011. While technically still legal, the Chinese government is cracking down on cigarette ads in advance of the 2010 World Expo to be held in Shangai, and so is considering banning the double-themed, "patriotic" cigarette ads.