Playing for the "Green" in Las Vegas | PR Watch

Playing for the "Green" in Las Vegas 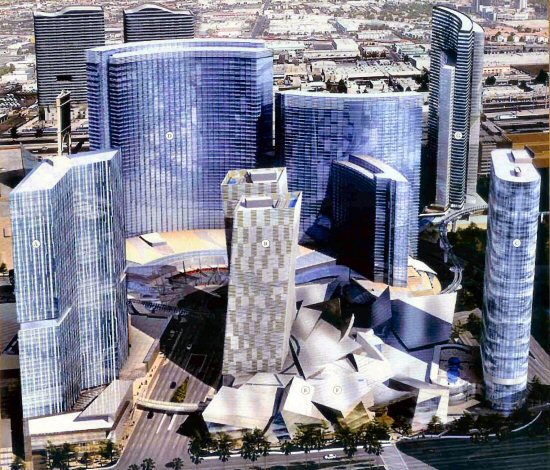 MGM Mirage's new $8 billion CityCenter project is a massive 75 acre, 4,000-room hotel-casino complex with condos and retail space currently under construction in Las Vegas. Its builders are promoting the complex as a model of green construction, and are seeking LEED certification for the project from the U.S. Green Building Council. The Council awards varying levels of the coveted LEED (for "Leadership in Energy and Environmental Design") certification. Certification of CityCenter would make the complex eligible for millions of dollars in tax breaks. The only problem is that MGM plans to allow smoking in the casino, and LEED certification signifies that the building is a healthy place to live and work. During a presentation about the complex at a Hotel Developers Conference last week, Stephanie Steinberg of Smoke-free Gaming of Colorado pointed out the hypocrisy of CityCenter being held up as a paragon of green building when one of its buildings won't even qualify. MGM Mirage responded by saying the casino portion of the complex would be exempt from the certification.

They've got to be kidding! By any sensible "green" standard, Las Vegas shouldn't even be there!

CityCenter was touted as the biggest green project in Nevada, etc. It was plagued with problems from the start. However, now that the project is done it is impressive and was certified. Of course, it isn't holding up to MGM Mirage's expectations as far as revenue...