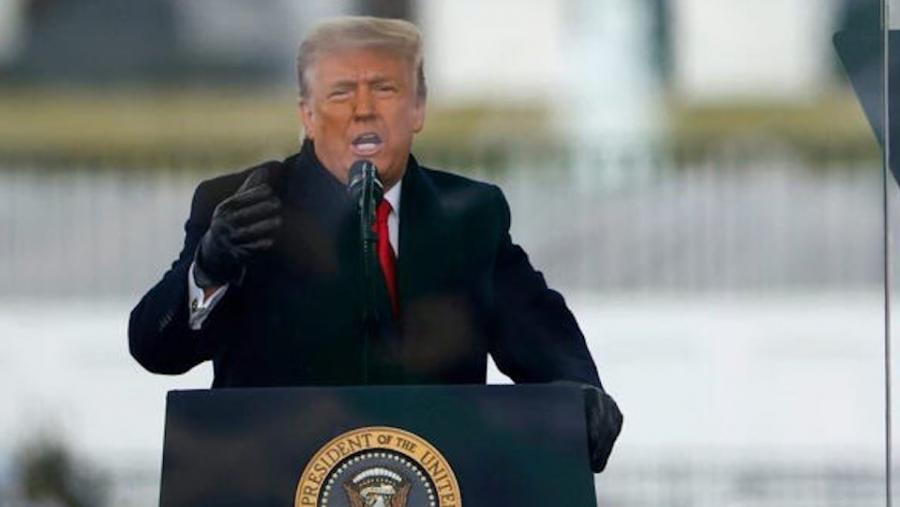 The Center for Media and Democracy's Executive Director Arn Pearson and President of the Board Lisa Graves, have joined with more than 1,300 attorneys as of publishing time on a Lawyers Defending American Democracy letter condemning President Trump's incitement of supporters to march to the U.S. Capitol on Jan. 6 to overturn the results of the presidential election.

The letter warns of the danger Trump poses to the country in the 12 days remaining in his term of office and calls for his removal by way of the 25th Amendment or impeachment.

The Capitol of the United States has been attacked and invaded. The President of the United States is responsible. In a rally outside the White House barely an hour before, President Trump told an army of supporters that his loss in the presidential election "will not stand" and urged them to march on the Capitol building. That they promptly did, inflamed with passion and abandon, fanned by the President's words. They breached the building, engaged in wanton destruction, entered the Senate and House chambers and stopped Congress from completing the business of officially naming Joseph Biden and Kamala Harris the next president and vice president of the United States.

President Trump will ultimately fail. The Republic will withstand this attack on the rule of law. But the embers of Trump's fires will not soon be extinguished. The harm done to trust in our system of government will linger.

There will be a time to identify with specificity the crimes the President and his allies have committed. For now, however, words like sedition, insurrection and incitement of violence suffice to convey a sense of what is happening. All involved, including those who egged them on, should be held accountable.

The President should be removed from office immediately by way of impeachment or by his Cabinet under the 25th Amendment to the Constitution. He is a danger to the Country.

As lawyers defending American democracy and the rule of law, we call upon members of the legal profession to join us in expressing profound outrage for what President Trump and others have done to undermine our system of government. We call upon them to speak out and use their influence with their peers in their law firms, law schools and professional associations to condemn in the strongest possible terms the perpetrators of these crimes. Members of our profession must be brave and outspoken and resist whatever intimidation may come their way.

The letter and full list of signers is available here.