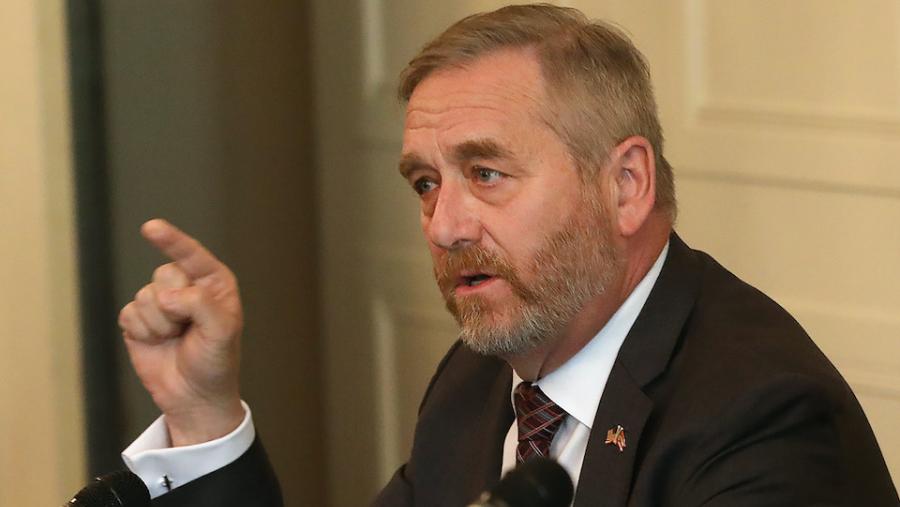 RAGA and RLDF are cash-for-influence organizations that promote and coordinate actions by Republican attorneys general at the behest of its corporate members in the energy, pharmaceutical, telecom, financial, and other industries. RAGA frequently coordinates and influences Republican Attorneys General to use the power of their offices in cases with no connection to the states in which they serve.

Most recently, Yost and other RAGA Attorneys General filed amicus briefs with the U.S. Supreme Court in Republican Party of Pennsylvania v. Boockvar, the GOP's bid to exclude many Pennsylvania mail-in ballots allowed by the state supreme court. He also used his position to lead the RAGA-coordinated amicus brief of Republican attorneys general supporting the dismissal of federal criminal charges against Michael Flynn, the Trump administration's former national security advisor who pled guilty to lying to the FBI.

CMD made multiple requests for records of communications between Yost's office and RAGA/RLDF. The requests were made because Yost and his staff appear in their official capacity at RAGA and RLDF events, participate in RAGA-coordinated official actions, and discuss legal strategies and policy with corporate lobbyists. The requests were denied, at first because Yost claimed the requested communications were not public records, and then, later, because no such records existed. Even after CMD confronted Yost with emails obtained from other state attorneys general proving Yost's office communicated with and about RAGA, the Ohio Attorney General continued to refuse to honor the request.

"Attorney General Yost's bid to keep secret his dealings with industry-funded influence groups about official actions he is taking on behalf of Ohio is a clear violation of Ohio's public records law and cannot be allowed to stand," said Arn Pearson, CMD's executive director. "RAGA and RLDF literally sell access to Republican AGs for powerful corporations and exert tremendous influence over the actions of the states' top legal officers."

David Armiak, CMD's research director added, "Allowing them to hide their communications with Attorney General Yost and his staff would fly in the face of Ohio's transparency law.”

Fred Gittes, one of the attorneys filing the lawsuit, stressed, "Attorney General Yost plays a key role related to Ohio's public records laws. He knows they are to be applied in favor of disclosure. His refusal to provide these records concerning how his public work may have been influenced by private moneyed interests belies his repeated claims to be an advocate for open government. It is very disappointing for those of us who actually believe in transparency."

A full copy of CMD's complaint is available here, and embedded below.