Koch Operation Fights to Keep the GOP Majority in the U.S. Senate 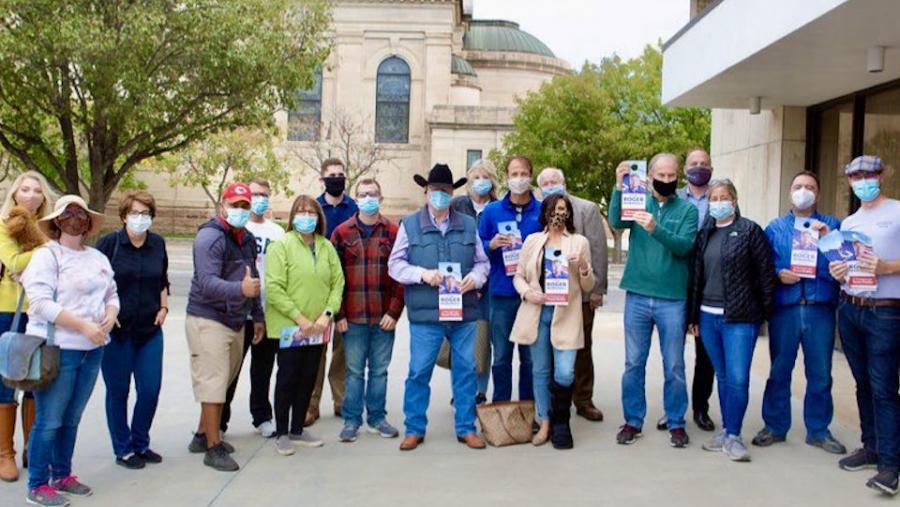 Americans for Prosperity Action (AFP Action) spent over $40 million in the 2020 federal elections, more than $33 million of which went to the fight to hold the Republican majority in the Senate through a combination of digital advertising, direct mail, and canvassing in seven states.

AFP Action has raised $47.5 million so far this election cycle, including $8 million from Koch Industries and another $6.5 million from the Koch-tied Freedom Partners Action Fund.

AFP Action spent $872,000 in the Michigan Senate race, almost all of it on attack digital ads and direct mail against Peters. It also spent $4.5 million to assure what was likely to be a GOP win for a GOP-held seat, but Kansas being Koch's domain, AFP Action took no chances.

All figures are from the latest Federal Election Commission filings through October 29, 2020.

It is not known how much money Americans for Prosperity (AFP), the 501(c)(4) advocacy group that controls AFP Action, has spent on election-related activities.

In addition to the PAC expenditures, AFP attacked the Democratic candidates on issues, made available its voter file, was reimbursed for staff working for the PAC, principally for canvassing, and communicated with its list of 3 million "members."

AFP Action's spending on digital ads shows the continuing shift away from broadcast television advertising. For example, from May 31, 2020 to Election Day, AFP Action spent $3.5 million on 2,060 ads just on Facebook, with some ads in targeted U.S. House districts, but most in the key Senate races

In the Marshall race in Kansas, AFP Action spent $223,000 on TV ads, its only TV buy for all the Senate races.

In the Tillis versus Cunningham race in North Carolina, AFP Action spent about $5 million for digital advertising production and placement, and no money was spent on TV. A small amount – $87,500 – was spent on radio advertising.

A distinctive feature of the AFP Action program was its use of door-to-door canvassing in the races, at a time when most state and local political parties and interest groups did not canvass because of COVID-19. AFP Action has spent at least $6.5 million this year for people to go door-to-door to talk to voters in key U.S. Senate races, the Center for Media and Democracy reported last month

With control of the Senate up for grabs, it is not known how much AFP and AFP Action will spend in the two Georgia runoffs, but based on past activity it could be millions of dollars.