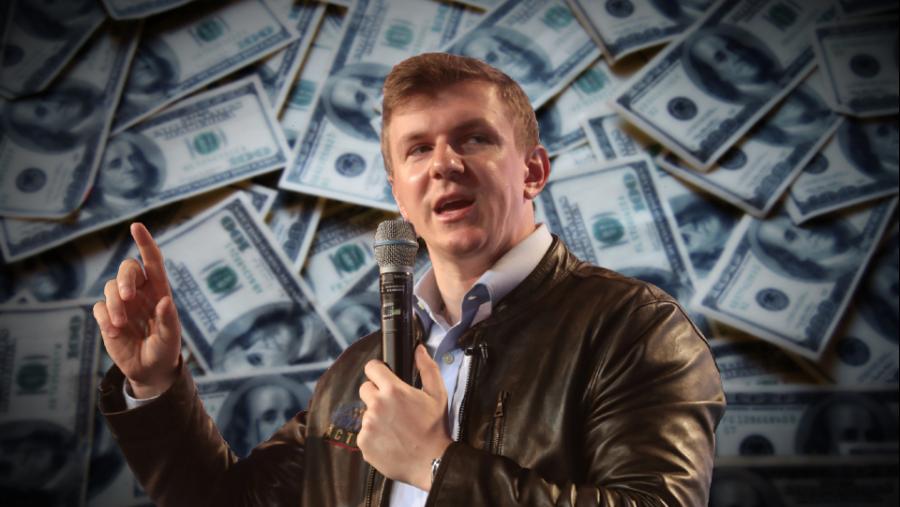 Erik Prince, the former head of private mercenary firm Blackwater Worldwide, recruited ex-spies to work with right-wing sting operation Project Veritas to infiltrate liberal groups, The New York Times reported on March 7. He also gave Project Veritas staff access to his Wyoming ranch, where they took "surveillance and elicitation training" from a former British MI-6 officer, as The Intercept reported in May 2019.

In 2017, the former British spy helped direct an operation to copy files and record conversations in a Michigan office of the American Federation of Teachers, a major teachers' union that his sister, Education Sec. Betsy DeVos, and her husband's family have fought for years. The same operative who went undercover at the union infiltrated the campaign of now-Democratic Rep. Abigail Spanberger (D-VA) the following year.

The DeVos family is one of the right wing's major political donors. (The Prince family is also very wealthy and gives money to conservative causes.) While the DeVos family foundations have not donated directly to Project Veritas, several of their wealthy political allies, and multiple donor-advised fund sponsors, have been bankrolling the group. It's not clear who paid the ex-spies to work with Project Veritas, or if they were paid.

The Center for Media and Democracy (CMD) has tracked over $11.9 million in contributions to Project Veritas from 2014-18, or roughly 43 percent of its contribution revenue over that time period. The biggest funders, by far, are donor-advised fund (DAF) sponsors-501(c)(3) nonprofits that provide individual charitable accounts for donors, passing along their clients' contributions to other nonprofits for a fee while offering the donors special tax deductions. Clients have the option of remaining anonymous.

The favorite DAF sponsor of the Right is DonorsTrust. Used heavily by Charles Koch, Robert Mercer, and Adolph Coors, it pours money into a network of right-wing charities and social welfare nonprofits. DonorsTrust gave more than $8.4 million to Project Veritas from 2014-18, or nearly one-third of the group's contribution revenue. DonorsTrust's yearly contribution rose from $607,000 in 2014 to a high of $2.4 million in 2017. Several members and staff of DonorsTrust have close ties to Koch-backed operations. The related Donors Capital Fund gave $20,000 to Project Veritas from 2014-15.

Project Veritas has a 501(c)(4) political arm, Project Veritas Action Fund, to which the billionaire, Trump-supporting Mercer family has steered funds. In 2018, a nonprofit called Making America Great, chaired by Rebekah Mercer, the daughter of former Renaissance Technologies co-CEO and Breitbart News funder Robert Mercer, donated $750,000 to the action fund. The Mercer Family Foundation has not donated directly to Project Veritas in recent years, but it's possible it has used DonorsTrust to do so. From 2014-18, the foundation gave $10.9 million to DonorsTrust, including nearly $8.2 million in 2018, a big increase from previous years. By shifting more of its charitable dollars through DonorsTrust, the family is effectively hiding its donations from the public. In 2012, Robert Mercer donated $25,000 to Project Veritas through his LLC Gravitas Maximus.

Other top foundations that have used DonorsTrust to donate anonymously to conservative nonprofits from 2014-18 include the Knowledge and Progress Fund, a Koch family foundation ($5.3 million), the Adolph Coors Foundation($4.2 million), the Searle Freedom Trust ($2.6 million), and the Charles Koch Foundation ($980,000). From 2009-12, the foundation of DeVos’s in-laws, the Richard and Helen DeVos Foundation, contributed $6.5 million to DonorsTrust, but has not donated since.

The National Philanthropic Trust, another donor-advised fund sponsor, gave close to $1.3 million to Project Veritas from 2014-18. Fidelity Charitable Gift Fund, a DAF sponsor associated with Fidelity Investments and the biggest nonprofit by annual revenue in the country, gave over $1.2 million from 2015-18. The Greater Houston Community Foundation gave close to $116,000 from 2014-18. Donor-advised fund sponsors associated with additional major finance companies, Schwab Charitable and Vanguard Charitable, have each contributed over $100,000 to Project Veritas. Additional DAF sponsors the National Christian Foundation (nearly $15,000 from 2014-18), the Community Foundation of North Florida ($10,000 from 2017-18), and the Jewish Communal Fund ($6,000 in 2015) gave smaller amounts.

The Greater Houston Community Foundation's 2016 tax records show that the DAF sponsor received a large amount of money in the form of transferred oil and gas stock. Clients can transfer appreciable assets like stock into their charitable accounts without paying taxes on the sale of those assets, and get the charitable tax deduction at the same time, one reason why DAF sponsors are rapidly becoming more popular among wealthy donors. Clients delivered nearly $14 million worth of Anadarko Petroleum, ExxonMobil, and Marathon Oil stock into their charitable accounts with the Greater Houston Community Foundation in 2016.

Wealthy individual donors in the right-wing philanthropic world have also donated directly to Project Veritas through their family foundations. Dunn Foundation-which has Thomas Beach, a DonorsTrust board member and chairman of the Koch-backed Reason Foundation, on its board-gave $274,000 from 2015-18; the Helen Diller Foundation gave $125,000 in 2017; and the Bradley Impact Fund gave $31,000 from 2015-18.

The Donald J. Trump Foundation gave $20,000 to Project Veritas in 2015, and Trump met with and promoted the group and its founder, James O'Keefe. Trump allegedly encouraged O'Keefe to infiltrate Columbia University and obtain Barack Obama's college records. Donald Trump, Jr. is set to attend O'Keefe's upcoming wedding. Prince began working with Project Veritas during the 2016 elections and would go on to work on Trump's transition into the White House. He later pitched the White House and the Pentagon on a plan to privatize the Afghan war, but the secretary of defense did not pursue a deal.

Law and lobbying firm Alston and Bird, which employs former Kansas Republican Sen. Bob Dole, directed a $1 million donation from an unknown source to Project Veritas in 2019, according to The New York Times. The firm lobbied the federal government on behalf of corporate fossil fuel and health care clients including ConocoPhillips, Cheniere Energy, trade group America's Health Insurance Plans, and CVS Health in the second half of 2019.

The Koch foundations haven't given money to Project Veritas directly, but the group has personal ties to the Koch political network. A 2018 annual review acquired by CMD shows that Project Veritas's vice president of development is Adam Guillette, who launched the Florida branch of Koch's premier political nonprofit, Americans for Prosperity, and worked there for several years. Guillette is also president of Accuracy in Media, a nonprofit that has received funding from DonorsTrust.

Project Veritas had $8.8 million in annual revenue in 2018, and O'Keefe took home roughly $387,000, according to its latest tax filing obtained by CMD.