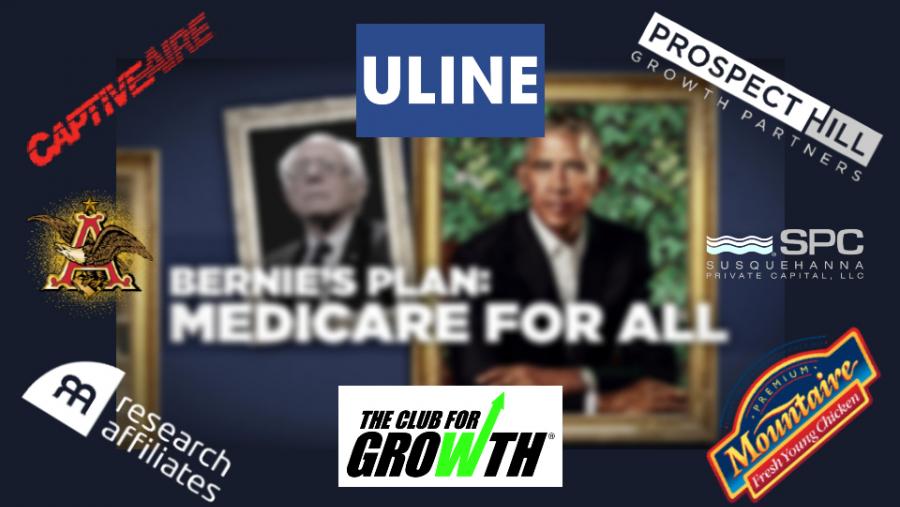 Conservative business executives launched an ad campaign against Democratic presidential candidate Bernie Sanders yesterday, attacking the democratic socialist on his plans to provide health care to all Americans and clean up the planet with a major public works program.

The wealthy manufacturing, poultry, fast food, and finance magnates, several of whom are Charles Koch allies, have recently donated millions of dollars to Club for Growth Action (CFGA), the super PAC affiliated with the right-wing political advocacy group Club for Growth. With that money, the super PAC has bought ads backing Republican candidates and fearmongering over expanded social programs.

In December, CFGA kicked off its "The Goal Is Control" campaign, releasing six ads calling Democrats "power-hungry Socialists" out to take away all basic freedoms from Americans.

Yesterday, the group put out a new ad, "46," which hits Sanders for his plans to "[give] government health care for everyone" and "[transform] the economy to meet extreme environmental standards," as well as his age. 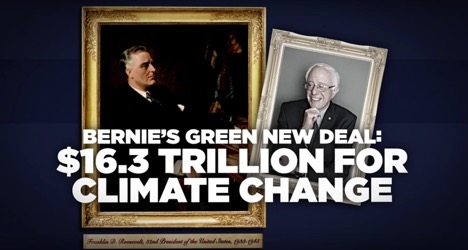 While many Sanders fans see Medicare for All and the Green New Deal as big positives, the policies could put a fraction of the vast wealth of CFGA's conservative funders, who would pay higher taxes under a Sanders administration, at risk.

From January through November of 2019, CFGA's top donors, several of them billionaires, were:

Billionaire owner and CEO of packing supplies giant ULINE and a prolific political donor and conservative philanthropist. Uihlein and his wife, Elizabeth, were the fourth-biggest federal elections donors in the 2018 cycle, spending nearly $40 million, according to the Center for Responsive Politics. During that cycle, Uihlein also fundedoutside spending groups such as the John Bolton Super PAC, the Tea Party Patriots Citizens Fund, and multiple Wisconsin-based groups.

In 2016, Elizabeth Uihlein was named to the Donald Trump Victory Committee, which raised money from the Trump campaign and the Republican National Committee. The Uihlein's family foundation is, along with the foundations of Charles Koch, Robert Mercer, and other arch-conservatives, a significant funder of the right-wing media network that helps promote the financial interests of the conservative ruling class.

Billionaire managing director and co-founder of financial firm Susquehanna International Group. Yass was the 16th-biggest federal donor in the 2018 elections. Yass is on the board of the Koch-funded Cato Institute.

New Jersey-based investor who co-founded Club for Growth. James has donated to nonprofits in the Koch political network and has attended Koch donor retreats.

Arkansas Chicken mogul and former Mike Huckabee supporter. Cameron is a major Koch network donor, having given $3 million to Koch's American for Prosperity Action in 2018. Cameron's Mountaire Farms, based in Arkansas but headquartered in Delaware to avoid taxes, was ordered to pay a $500,000 fine for pollution violations in December, adding to its slew of violations since 2001. One $8 million fine stemmed from wage and hour violations.

Billionaire private equity owner and major GOP donor. Childs, who was charged with illegally soliciting prostitution in connection with a sex trafficking ring in Florida, is also a donor to the pro-Trump America First Action and the Koch-backed Freedom Partners Action Fund. His donation to CFGA from last October came months after the prostitution charges. After the charges, Childs resigned as chairman of his firm, J.W. Childs Associates, which renamed itself Prospect Hill Growth Partners.

Founder and chairman of asset manager Research Affiliates. Arnott is a big Republican donor but once donated to the campaign of conservative Democrat Henry Cuellar  (Texas), a favorite of Koch Industries PAC and other fossil fuel industry donors, who faces a strong primary from the left this year.

An heir to the Anheuser-Busch beer fortune, August III is a major donor to GOP campaigns and party groups.