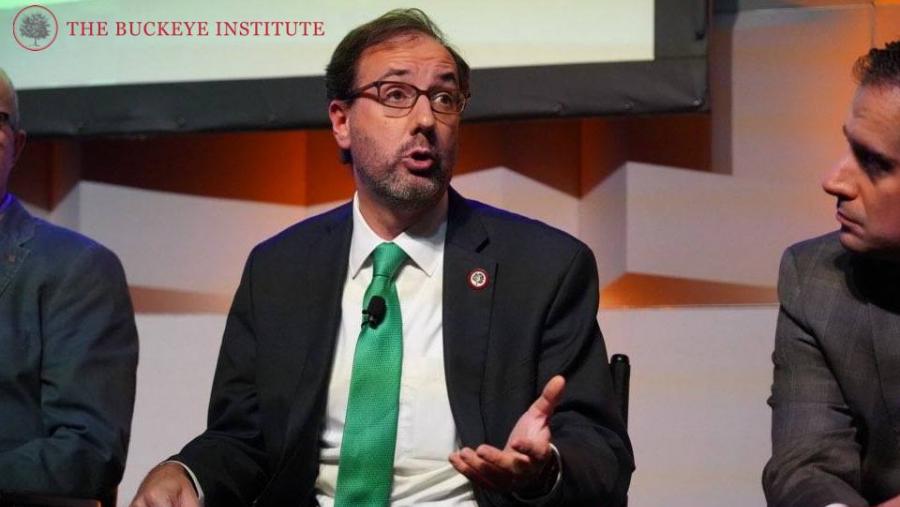 Large national groups, such as the Cato Institute, started by Charles Koch, and the Heritage Foundation, have always done studies for release in multiple states. But now affiliates of the State Policy Network (SPN), once focused just on their own states, have started releasing their policy papers and pushing legislation and litigation elsewhere as well.

A growing number of SPN affiliates are expanding their reach into other states. The Mackinac Center, Michigan's SPN affiliate, has promoted anti-union legislation in Florida. And the Freedom Foundation, originally working on Washington state issues, also has opened state offices in California, Ohio, and Oregon to push its anti-union campaign, which includes paid media and billboards to get public employee union members to quit their unions.

Buckeye Around the Nation

Ohio's SPN affiliate, the ultra-conservative Buckeye Institute, is among the most aggressive in exporting its influence and has worked in more states than any other SPN group.

Buckeye has been active on most major issues backed by ALEC and the Koch network, including trying to bust public unions, lobbying against renewable energy standards, and advocating a freeze on Medicaid enrollment.

Led by legal scholar Robert Alt, the group's president and CEO, Buckeye pulled in $3.4 million in revenues in 2018, an 80 percent increase over its 2016 revenues. The increase has allowed it to release studies, file legal challenges, and advocate right-wing policy positions in Alaska, Arizona, Florida, Maine, Michigan, Minnesota, Tennessee, and Wyoming.

Buckeye prides itself on being "the first organization in the country to file lawsuits calling on courts to end compelled exclusive representation following the Janus decision," the Supreme Court's controversial 2018 ruling that barred public sector unions from collecting "agency fees" from non-union members.

Just days after the Court's Janus decision, Buckeye filed legal challenges in Ohio, Minnesota, and Maine to decades-old laws requiring a public employer to negotiate exclusively with a democratically elected union representative over working terms and conditions once the union has been certified for a bargaining unit.

Buckeye has struck out in all three cases in the lower courts. The Supreme Court declined to hear an appeal in its Minnesota case in April 2019, and Buckeye filed an appeal with the Supreme Court in the Maine case this month.

Buckeye also extended its yearslong Ohio fight against Medicaid expansion under the Affordable Care Act in 2019 by testifying in Florida about the cost of higher than projected enrollment under Ohio's Medicaid expansion.

Medicaid expansion would save lives in Florida. A recent study says there were 2,800 premature deaths in Florida from 2014-2017 because of the state's refusal to expand Medicaid.

Buckeye's study ignores that the federal government pays 90 percent of the costs of increased Medicaid enrollment and the increase in tax revenue when healthier people return to work.

Wyoming is one of seven states without a tax on individual income, but when a one-percent income tax was introduced in the state legislature in 2017, Buckeye was quick to issue a report on how income taxes cost jobs, ignoring how the new revenue would allow the state to create new jobs by fixing roads and bridges or providing more money to school districts.

Buckeye also released a study in Alaska last year meant to affect that state's budget debate, arguing, as in Wyoming, that there would be no benefit to a small tax increase to close a budget shortfall. The alternatives fought for by Alaska Governor Dunleavey (R) and the Koch-backed Americans for Prosperity were deep cuts in social and health services, which were so draconian that they triggered a petition drive to recall Dunleavy.

In Arizona, where Americans for Prosperity advocated against a mass transit plan, Buckeye released a study in 2019 that argued electric cars are only for the wealthy, ignoring that if the public utilities allowed for more solar metering and buybacks by utilities of the electricity produced by homeowners, electricity prices would come down, making electric cars cheaper to run.